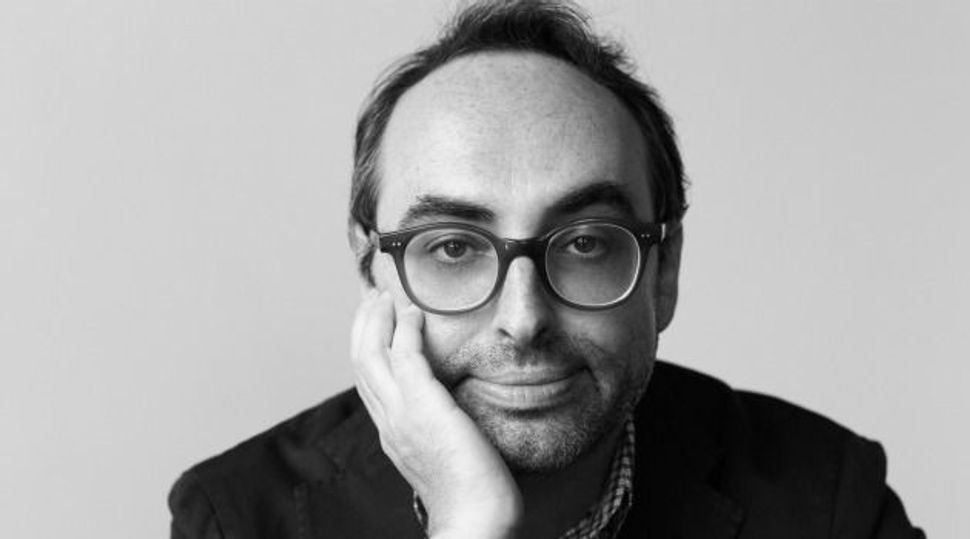 The ?Little Failure? That Could: Gary Shteyngart says that he has given up vodka and taken up yogurt. Image by Brigitte Lacombe

You might suppose, should you have any familiarity with the writings of Gary Shteyngart, which are widely (and not inaccurately) assumed to be autobiographical, that the author has a bit of a self-loathing problem. Many people do: Papa Shteyngart, for example, frequently exhorts his “Little Son,” “Don’t write like a self-hating Jew.” Papa and Mama both, actually: they say it all the time.

No need to worry, elder Shteyngarts and dear reader: “What’s funny is that I’m not self-hating at all. I like myself quite a bit,” Shteyngart said on a recent afternoon in his Gramercy apartment.

And indeed, he seemed remarkably well adjusted for someone who titled his new memoir “Little Failure.” (According to the memoir’s book trailer, the title makes sense because he is little and because he is a failure. Only one of these assessments is more or less accurate.) Not to mention for someone who gives himself only about 15 more years of living. Asked why a memoir made sense at this point in his career, Shteyngart cited encroaching mortality: “Life expectancy for Russian men is 58,” he noted, and faster than you could retort that that might be true for Russian men in Russia, he added, with some pride, “I know we’re here. But a part of that lifestyle continues within me, so I think it’s important to get things out of the way, you know, in case…”

Not that this was strictly true — the recent birth of his son Johnny (an American name apparently chosen for its American-ness, who, secreted somewhere in Shteyngart’s apartment, provided occasional bursts of infant noise, has made him practically a health nut. There is the gym he joined. And the yogurt he now eats. “Lots of yogurt,” Shteyngart said in pitiful tones. “The good one. Without the fat.”

Like a Borscht Belt comedian — a comparison he courts willfully, though with less relish than I’d expected — he speaks in the cadences of the innocuous set up-intermission-punch line. His admission of healthy living was, after a small pause, followed by the observation that all that fat-free yogurt he’s been eating lately “makes life unlivable.” One sliver of joy was his premonition of the “Russian guilt” with which he would be able to saddle his son. “The things I did for you!” he imagined himself saying. “Gave up vodka, started drinking yogurt.”

Russian guilt is of course one major subject of the memoir, which is, he said, “a kind of bouillabaisse of emotion and confession.” A chronicle of the many ways in which he has disappointed his immigrant parents, the book is a study of the relationship between immigrant parents and the children they love and hate and fear and admire and who love and hate and fear and admire them. But though he is abjectly, unsparingly candid in chronicling the various tragedies and travesties he and his family have been subjected to in the course of their Soviet and American lives, Shteyngart is conspicuously loath to “speak for” his parents. When asked how they have reacted to the book, he said he didn’t think they had read it yet. Would they be reading it? “I don’t know,” he said. “I can’t speak for them. They are their own people.”

Truth be told, Shteyngart did not seem too eager to speak for himself either. For someone who describes himself as almost pathologically people pleasing — “It’s people begging,” he clarifies of that book trailer — he is fairly reticent in his responses. At one point, he recycled a description he’d used in another interview: Talking about the seminar he teaches once a year at Columbia, he notes that he doesn’t “get a lot of social realist stories about divorces in Scarsdale” from his students, a line that appeared in a recent conversation between Shteyngart and Chang-rae Lee in New York Magazine. This could mean any number of things, most likely among them (1) that he gets asked the same questions quite a bit; (2) that he is tired and/or bored of the many interviews he’s been doing, perhaps for reasons of (1); and/or (3) that he is a people pleaser but not a person pleaser.

Or maybe it’s the years of four-times-a-week psychoanalysis paying off, now coming to an end. Almost. Because of book release obligations, he had no time to speak to his shrink, to whom his memoir is partly dedicated (the other dedicatees are his parents), and he was “going nuts.” And his upcoming, four-month book tour would destroy the schedule of sessions altogether. Skype would not work: Shteyngart claimed not to “even know how it works.” He hates Skype, and he loves his shrink, but what can you do? “You have go to Akron, Ohio, you have to get on your knees, and you say, Please, somebody. I mean, it’s survival. Who wants to read this stuff?”

There were other little flourishes of the Shteyngart persona. He reminisced about reading a Russian translation of “Huckleberry Fin,” which he pronounced, in an exaggerated accent, as “Geckelbery Feen,” as though the book were about a gecko and berry and a shark. And when asked whether his Ivy League-obsessed parents are thrilled that he is teaching at Columbia, he briefly lapsed into his “Gary Shteyngart Is a Noted Schlemiel” voice: “That’s the only way I could get into the Ivy League, by teaching there.” Actually, no, he “was admitted to the Cornell School of Hotel Management.”

But, basically, his days of being excitable and angry and outraged and outrageous appear to be over. “As I grow older,” he said, calmly, “I don’t get incensed. I used to. My God, how could my parents be so Republicans and watch Fox News all the time? But you grow older. We each have this little journey.” And to illustrate, he told the story of the reading he’d given the day before: “This woman was screaming, ‘How could you portray Jews like that, don’t you understand?’ This was a Russian woman… And this harangue went on for a while. But then afterwards, she came up to me with her daughters. ‘Oh my daughters are big fans of yours.’ And then they all posed and took a picture with me.” The exchange was “very Russian,” Shteyngart said — “I hate you, but good luck.”