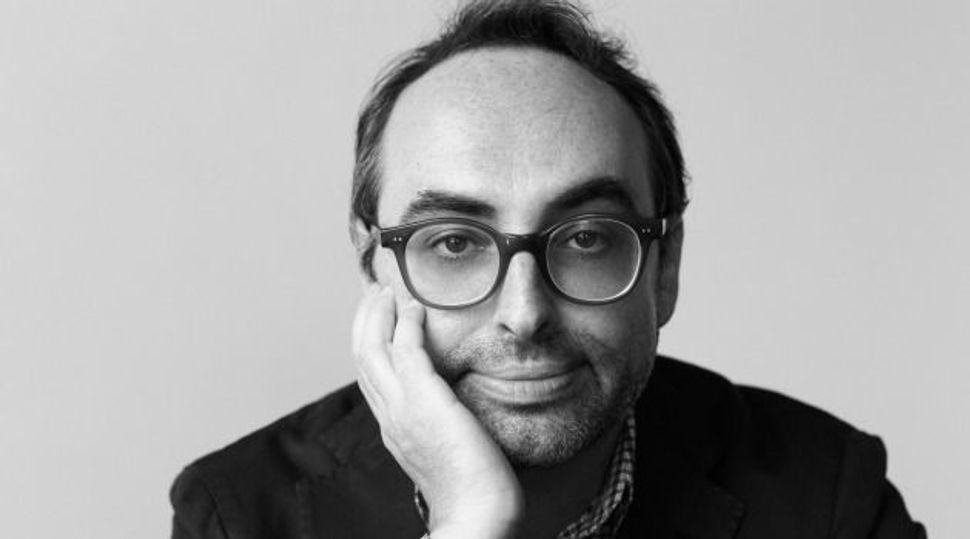 It was perhaps inevitable that Gary Shteyngart would one day write a memoir.

Like other authors who traffic in fiction that is thinly-veiled autobiography — or, as in Shtyengart’s case, that appears as shadow puppet projections of his own Russian Jewish immigrant story — the writing is also transparently a form of therapy. And that thin veil eventually just seems superfluous. Think of Philip Roth, to take one obvious example. Not sated by the self-examination his alter ego Nathan Zuckerman allowed him, he followed up his early 1980s Zuckerman trilogy with one zigzagging memoir, “The Counterlife” and two straight ones, “The Facts” and “Patrimony.”

This peeling the onion, as Günter Grass recently put it, satisfies the reader as well, by the way. The love Shteyngart’s fans very often profess for his novels is as much for the fiction as for the tragicomic personas we assume are variations on the same theme: himself. And not just Vladimir Girshkin, Misha Vainberg, and Lenny Abramov, the Shteyngart-esque main characters of each of his novels, but also the performance art he has made of his own author’s persona, the “Gary Shteyngart” who appears in star-studded video book trailers, the incessant blurbing (itself a performance art) and readings that double as stand-up comedy. Which of these fans wouldn’t welcome a chance to see him laid a bit barer, truly on the couch as opposed to dancing around it?

“Little Failure” is Shtyengart’s memoir, his portrait of the artist as a young asthmatic, a pathetic yet imaginative and eccentric outsider, a true immigrant, one who stumbled his way through high school high on pot, wearing flamboyantly untrendy Ocean Pacific T-shirts and ashamed of his man boobs. It has all the charms Shteyngart has displayed in his three novels, an addictively idiosyncratic voice that is among the funniest of any novelist writing today. And if his comedy has also increasingly been laced from novel to novel with more and more pathos, the memoir represents a further maturation. His first book, “The Russian Debutante’s Handbook,” often read like a comic strip, but by 2010’s “Super Sad True Love Story,” Shteyngart had abandoned caricature to explore with emotional depth the contours of a relationship, albeit one set in a dystopian future where he could otherwise give free reign to his penchant for the cartoonish. This time, there is no more clowning around. No more play for play’s sake. And when it’s funny, which it very frequently is, it’s also incredibly sad. I think it’s his best book.

Shteyngart himself lets us know that he sees the memoir form as a chance to correct a certain evasiveness in his fiction. In the final pages, he writes that after “finishing the book you hold in your hand” he went and read his three novels and was shocked by how blithely he had used the facts of his own life to create fiction (“as if I’ve been having a fire sale all along — everything must go!”). But often in his novels, Shetyngart admits, “I have approached a certain truth only to turn away from it, only to point my finger and laugh at it and then scurry back to safety. In this book I promised myself I would not point the finger. My laughter would be intermittent. There would be no safety.”

The tone is psychoanalytical and the memoir is written from the couch in the present tense of an analysis session (“I’m five years old, felt boots around my feet and ankles…”) and — to mention again that unmentioned influence, Roth — it’s impossible not to feel a looming Alexander Portnoy. The trigger for Shteyngart — his madeleine, if you will — is a coffee table book about St. Petersburg architecture that he discovers in the Strand bookstore in the mid-1990s, pre-fame. There is a photograph of a sumptuous pink church that sends him into a panic attack. And off we go with him in search of the trauma that caused this sudden inability to breathe, back to his birth in the city that was once called Leningrad, and even briefly further back to the story of his ill-fated Soviet Jewish ancestors. We don’t discover the source of the panic until after 350 pages, which bring us up to the publication of Shteyngart’s first book in his early 30s.

Along the way we go back to the remembered asthma of his youth under the giant statue of Lenin that stood in front of his parents’ apartment; to his transformation from sensitive Soviet youth to Hebrew school nerd in Queens; deep into his blossoming creative life and sexual longing; to the immigrant microcosm of New York’s elite Stuyvesant High School; up through bongs and down into the many bottles of alcohol that carried him from East Village hangouts to Oberlin College; and headlong toward the confusion and self-loathing of his 20s until he finally found therapy and the outlet he needed for his art.

Without revealing the initial trauma that sends him down this rabbit hole of memory, it’s enough to say it happened over there, in the enemy country where he spent the first six years of his life. This is the great schism that his memoir explores, what it is to be both an immigrant — always a little bit the exile — and a son of immigrants, necessarily estranged from parents who still mentally inhabit another country. Shteyngart’s relationship to his parents is the most affecting part of the book, and at times it feels as if he is writing solely for the purpose of reckoning with them.

The title, “Little Failure,” comes from failurchka, his mother’s Russian-English mash-up nickname for him that itself goes some distance toward capturing her regard for her son. Critical and withholding, she would regularly give him the silent treatment for days. When he was down and out in his 20s, his mother sold him chicken cutlets, Kiev style, which she had prepared and wrapped in cellophane, for $1.40 cents a pop — wanting to make sure he eats, for sure, but also grinning with the satisfaction that he has to pay for it.

And we haven’t gotten to his father yet. He is an athletic and emotional man (who Shteyngart discovers once spent time in a Soviet psychiatric institution). It’s such a complex love between father and son, a tumultuous mix of intense affection and deep resentment that feels painful to read. The father feels abandoned by a man he doesn’t recognize anymore as the “little son” he used to run after, breathlessly chasing through Moscow Square on winter evenings. Shteyngart makes an effort to approach his parents on their own terms, putting aside judgment and his own obvious hurt, even reading the beatings his father once administered to him as acts of love: “And then off you go, a smack across the left of the head, now the right, now the left. And the child is holding tight to the dizzying smacks because each one is saying You’re mine and You’ll always love me, each one is a connection to the child that can never be broken.”

The growing alienation from his parents — who accompany him in the book’s final chapter on a somewhat cathartic trip back to Russia — occurs at the same time that he begins to master a useful survival mechanism for coping with his new life in America: make everyone laugh. To the extent that he provides any accounting here of how he gained his entertaining writing style, it comes from this desire to please, first manifested at the age of five when his grandmother fed him pieces of cheese with every additional page he added to his first handwritten novel, “Lenin and His Magical Goose.” In Hebrew school, an encouraging teacher invites him to read out loud in serial form a crazy science fiction fantasia he has written about a race war in outer space involving a three-legged alien people and a utopia called Atlanta, and he becomes addicted to the approval it brings him from the other students who begin to look at him as a strange but sufferable eccentric.

From a 12-year-old’s satire of the Torah, featuring every bit of pre-adolescent pop detritus he could lay his hands on and starring his own new elementary school jokester persona, Gary Gnu, (the “Gnorah”) to “The Russian Debutante’s Handbook,” there is this straight line: a self-absorbed and self-referential narrative that never becomes tiresome because it is so hilariously self-deprecating. Shteyngart never mentions that this is a well-known Jewish maneuver (Roth, again, but also Woody Allen and many more).

The omission of influence is strange in a writer’s memoir. He doesn’t really reveal the steps he took, the work itself, in becoming a novelist beyond saying he had no choice because he simply couldn’t do anything else (“no fried egg, no coffee, no paralegaling, no driving, no balanced checkbook, no soldering a fatherboard onto a motherboard”). To read the story of his creative evolution, you would think that his comic style — really the strategy of many weak-eyed and chinned Jewish boys dealing with an oppressive reality — emerged whole cloth from the fevered mind of a young Russian immigrant in a bedroom deep in Queens in the early 1980s. The only writer I can remember mentioned in the book is Chekhov (and that Russian psychological realist was as fixated on the inner lives of others as Shteyngart is on his own).

This begs a question, then: Does the memoir finally put us face-to-face with the real Gary Shteyngart, beloved comic chronicler of the Russian Jewish immigrant experience? Or is this just another inflated version of himself, another slight evasion, like the invented Vladimir Girshkin or Lenny Abramov, despite Shteyngart’s professed interest in really this time telling it like it is? I don’t know. And I don’t really care. Because this character is a vast improvement on those other schlemiels. His life is not a picaresque slapstick comedy or set against the strobe-lit backdrop of a disorienting future. This Shteyngart, sad and longing and desperate for connection (with his parents, with his readers), seems the most fully human person this author has ever created.

Gal Beckerman is the opinion editor of the Forward and the author of “When They Come for Us, We’ll Be Gone: The Epic Struggle to Save Soviet Jewry,” published by Houghton Mifflin Harcourt in 2010.