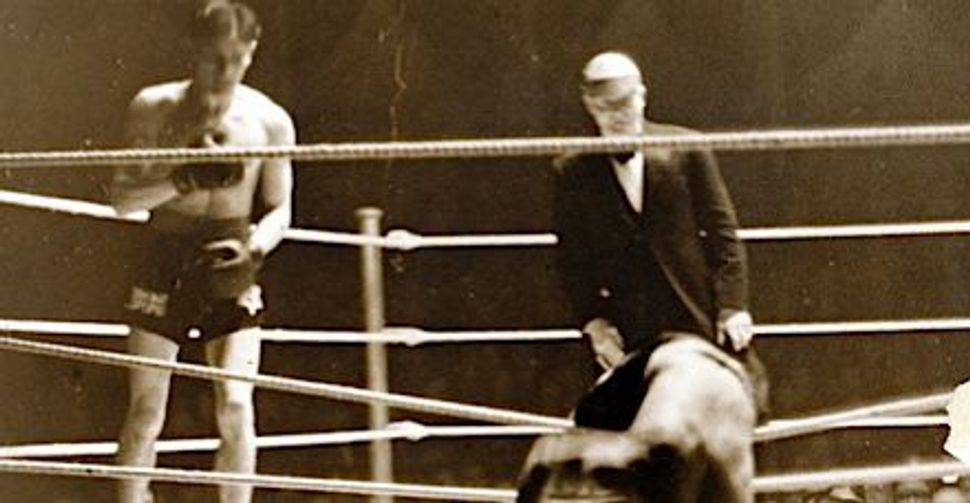 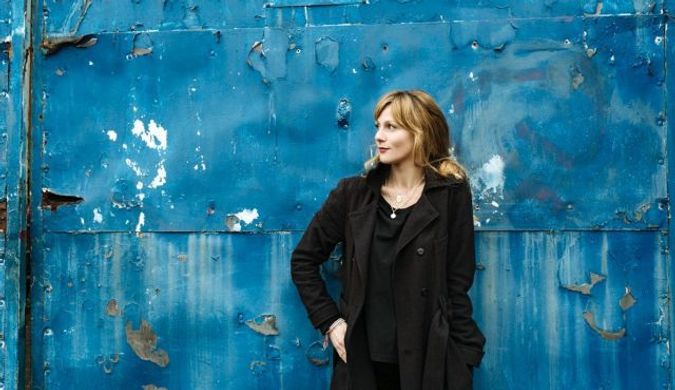 Anna Whitwham who isn?t Jewish, or a boxer, is an unlikely author of a new acclaimed novel ?Boxer Handsome?. Image by haaretz

(Haaretz) — A hundred years ago, the British magazine Boxing ran a story headlined “The Hefty Hebrew: The Shattering of a Silly Old Legend.” It featured a series of hard-hitting Jewish champs who were, the article declared, smashing ethnic stereotypes as they punched their way to glory in the ring.

The years that followed became Jewish boxing’s heyday – one rooted in the 18th century, when Daniel Mendoza revolutionized the sport. It extended into the 1950s, when Lew Lazar beat Terence Murphy in a match that Britain’s first independent television channel, ITV, aired on day one of broadcasting.

Those men have been largely forgotten, but an acclaimed debut novel is swivelling the spotlight back to their legacy.

“Boxing is fascinating culturally because it’s a narrative of the immigrant poor,” says Anna Whitwham, the author of “Boxer Handsome.” When she found herself writing about London’s contemporary boxing circuit, she knew she had to give her hero Jewish roots.

His name is Bobby and he’s a 20-year-old featherweight living alone with his mother on an East London housing complex. A third-generation boxer, Bobby has been dancing in the footsteps of his father and maternal grandfather since he was 7.

His father is “English born and bred. Salad cream and a boiled egg for breakfast. Never a penny yet always a pint.” His grandfather, meanwhile, was Jewish. Arriving in the capital’s East End from Belfast with diphtheria, he was dragged to the fictional Clapton Bow Boys’ Club to toughen him up. That was the life back then, Whitwham writes, “Some little Jewish kid always getting his nose broken, until one day he hit back harder.”

The novel builds toward a title fight between Bobby and a traveler lad from the same club, billed on fliers as “Bobby the Yid and the Gypsy Boy,” the Star of David against the shamrock.

“I wanted to nod to a time in boxing’s history,” Whitwham says of Bobby’s heritage. “It’s a tip of the hat to a golden age that I found really interesting.”

Inventing the jab and the uppercut

Modern Jewish boxing began with “Mendoza the Jew,” as he was proudly known, a bare-knuckle fighter who captivated Regency London and changed the sport forever. He was working for a tea dealer in the East End when he fought his first fight aged 16, standing in for his boss to settle a feud with a porter over a delivery fee.

Mendoza won. And he kept winning, eventually reigning as England’s heavyweight champion from 1792 to 1795. Though he was just five foot seven, he defeated far heftier opponents with his so-called scientific style of boxing. His secret weapon was the jab, a boxing mainstay that didn’t exist until he invented it.

He features in several cartoons by Gillray, the legendary caricaturist of the day, and London’s Jewish Museum holds a cache of Mendoza memorabilia that includes a Staffordshire pottery jug commemorating one of his most famous bouts. A blue plaque hangs outside his house on Paradise Row in the East End’s Bethnal Green.

Mendoza’s success drew other Jewish boxers into the ring, including a man known as “Youssup,” one “Ikey Pig” and, most notably, Samuel Elias, who competed as “Dutch Sam” and invented the uppercut.

As Whitwham notes, fighting is an immigrant sport, and with the influx of Jewish refugees from Poland and Russia a hundred years later at the end of the 19th century, London’s East End boxing scene, already tapping Irish talent, was further reinvigorated.

Ted “Kid” Lewis was born Gershon Mendeloff in 1893. In 1913, he won the British and European featherweight titles, and in 1915, he was named world welterweight champion in America.

Harry Mizler, whose shorts bore a Union Jack on one side and a Star of David on the other, was taught to punch by his big brothers Moe and Judah. His victories included the British lightweight crown, which he successfully defended for just nine months before losing it to Jack “Kid” Berg, whose own career would span three decades and nearly 200 professional contests.

Other stars of the era included Benny Caplan and Jack Hyams, who competed as “Kid Froggy.”

By the 1920s, boxing was an integral part of life in London’s Jewish East End. My great-grandfather Abe would regularly join spectators at Premierland, the venue whose inaugural bout had featured Kid Lewis. It was what everyone did, my great-aunt recalls. He even took her once, though she was too small to remember anything except standing on the seat beside him. When her brothers were a bit older, they were sent to boxing classes for self-defense.

Grandad was a featherweight

Whitwham’s own interest in the subject might seem incongruous. A slender 32-year-old swamped by a black sweater, her blue eyes look out from beneath blonde bangs. It was thanks to her late grandfather that she first grew curious. In his final years, he began telling her about his childhood and the role the Crown and Manor Boys Club, which he joined as a 12-year-old featherweight, played in shaping his life.

Whitwham herself isn’t Jewish; nor was her grandfather. But his tales set her reading up on the sport’s history, and she soon became intrigued by the contribution made by Jewish boxers.

Little remains of that world today. The Judean Athletic Club, Whitwham notes, is now a garage. The crowds at Premierland fell silent long ago. Though the Crown and Manor Club still exists, it has been refurbished beyond recognition and is now surrounded by high-rise apartment blocks.

“Of course, granddad left this area as soon as he could because there was no romance for him,” Whitwham reflects.

That same upward mobility put an end to the city’s Jewish boxing tradition. Its legends stepped into the ring in order to move out and up in the world. As accents were lost and educations gained, as Oswald Mosley’s Blackshirts were defeated in the 1930s and Britain slowly opened up to its immigrant Jewish population, the drama and grace of the ring was replaced by other pursuits in different neighborhoods.

Yet their story is still being enacted elsewhere. Across the Atlantic, there’s a boxer named Dmitry Salita. Born in Odessa in 1982, his family moved to Brooklyn to escape persecution when he was 9. At 13, he started boxing as a way of sticking up for himself at school and working through some of the frustrations of life in a foreign country whose language he barely spoke.

Though his family is secular, he became religious when his mother fell ill and now observes holidays and dietary laws. His nickname in the boxing world? Star of David.