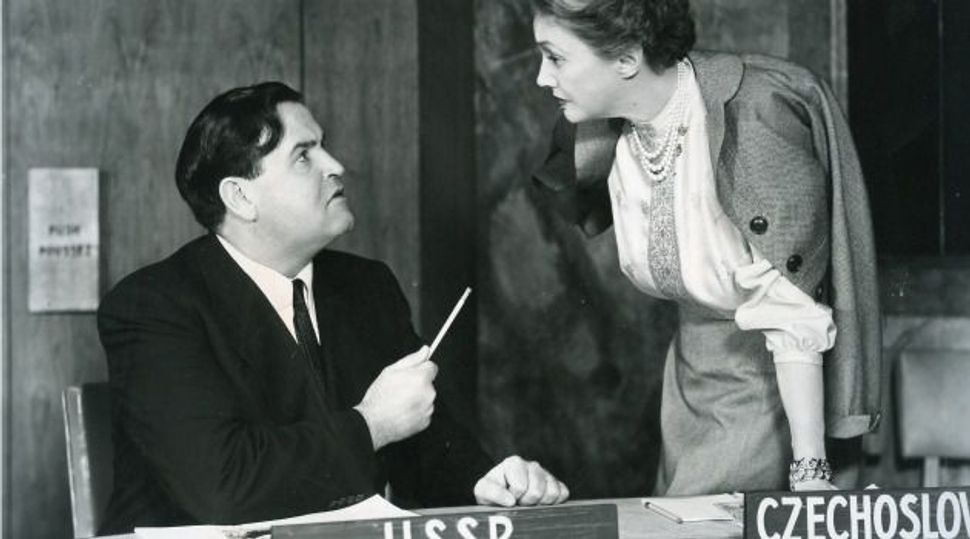 Yankev Glantz, a well-known Yiddish writer who was brutally attacked by hooligans and suffered head wounds, offered details of a large-scale pogrom that occurred in Mexico City. Recounting the events to a reporter from the Mexico City Yiddish daily Der Veg, Glantz described the panic and dismay that engulfed the Jewish community as it came under attack. Hundreds of Mexican fascists had gathered to protest the government’s acceptance of anti-fascist refugees from the civil war in Spain, but the event quickly devolved into an anti-Jewish protest. Many said that the pogrom was planned beforehand and that participants expected to attack the Jewish neighborhood. Numerous Jews were beaten badly, and many Jewish-owned shops were wrecked.

“I did it because they ordered me to,” Nazi doctor Josef Klehr said after admitting to injecting carbolic acid directly into the hearts of between 250 and 300 Auschwitz prisoners. One of the 22 Auschwitz murderers currently on trial in Frankfurt, 59-year-old Klehr said he begged his superior not to make him administer the injections but was threatened with death in response. “I had no choice,” he claimed. “How many prisoners did you kill with these injections?” Judge Hofmaier asked. “We killed prisoners twice a week with injections,” Klehr responded, “about 15 at a time. This ‘work’ went on for two or three months.” “So about 200 prisoners?” Hofmaier asked. “No,” the witness said, “250 to 300. I did it according to orders.” Klehr sat calmly during his entire testimony.