Maximilian Schell, Actor Who Played Jews, Nazis — and Both 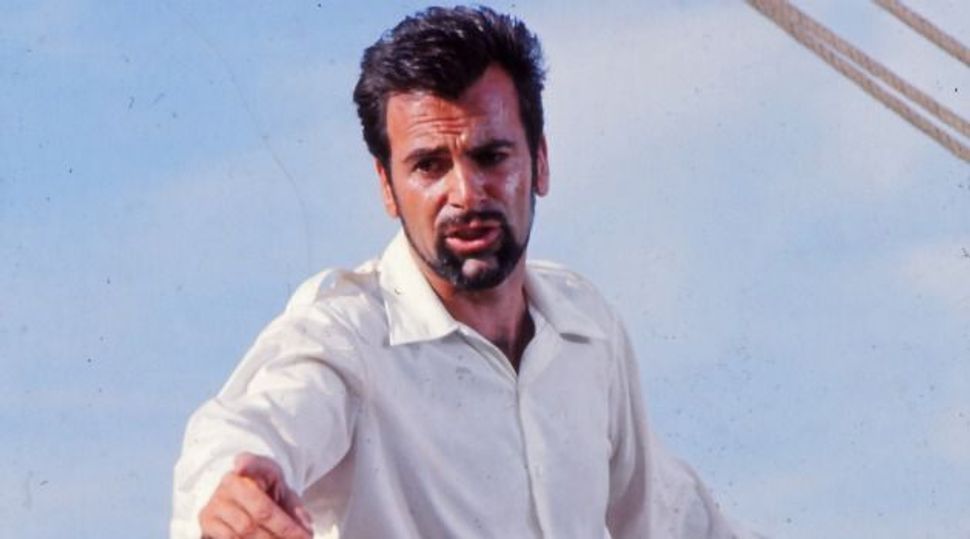 Schell of an Actor: Maximilian Schell as seen in 1969. Image by Getty Images

Considering that the Oscar-winning Austrian-Swiss actor Maximilian Schell, who died on February 1 at age 83, spent WWII safely in neutral Switzerland, it is remarkable that he spent his acting life portraying Nazis, victims of Nazis, and defenders of Nazis, far beyond the requirements of typecasting. Schell’s 1961 best actor Academy Award was for his role as the defense lawyer serving Nazi war criminals in Stanley Kramer’s “Judgment at Nuremberg.” (Some film buffs thought it a crime of a different order that Schell’s comparatively stagy performance beat out the subtle, truth-telling turn by Spencer Tracy as a tribunal judge, also Oscar-nominated for the same film).

Son of Margarete Schell-von Noé, an Austrian actress and drama school proprieter all of whose children became actors, at age eight Schell moved with his family from Austria to neutral Switzerland after the 1938 Anschluss, or Nazi annexation of Austria. Schell’s family could do so because his father, Hermann Schell, an author and pharmacy owner, was Swiss. Many obits incorrectly refer to Schell as a wartime “refugee” which he decidedly was not, given his family’s privileged status in Zurich. Still, this formative time made a permanent impact on the young actor, resulting in a variety of war-themed films.

In his first film in Germany, “Children, Mothers, and a General,” (1955) about German families who objected when their sons were sent to fight on the Russian front, Schell played a Nazi deserter. He followed this the same year with a small role as a conspirator in the German movie “The Plot to Assassinate Hitler.” His first break in Hollywood was also as a Nazi soldier in 1958’s “The Young Lions,” based on a novel by Irwin Shaw (born Irwin Gilbert Shamforoff). The original 1959 TV production of “Judgment at Nuremberg,” written by Abby Mann (born Abraham Goodman) was an American launching pad for Schell. In Vittorio De Sica’s “The Condemned of Altona” (1962), Schell played a deranged Nazi war criminal whose family allows him to think the war is still on years after Germany lost.

This eternalizing of the Second World War partly summarized Schell’s developing career. In 1967’s “Counterpoint,” Schell played a music-loving Nazi general who forces a conductor to perform symphonies for him. Small wonder that when Schell began to direct films, he chose the subject of “The Pedestrian” (1973) the trial of an old German war criminal. The following year he played a never-prosecuted Nazi SS captain in “The Odessa File.” “The Man in the Glass Booth” (1975) offered a more ambiguous role for Schell as Arthur Goldman, a rich Jewish industrialist who may or may not really be a Nazi war criminal.

This film marked a turning point in Schell’s usual typecasting as Nazis, whether proud or rebellious ones. In 1977, after two more performances as Nazis in “Cross of Iron” and “A Bridge Too Far,” he was nominated for an Oscar in the small role of an anti-Nazi activist in Fred Zinnemann’s “Julia.” From there it was only a short step to playing a Jew, this time an unambiguous one, as the heroine’s father in a 1980 TV version of “The Diary of Anne Frank,” directed by the Ukrainian Jewish filmmaker Boris Sagal. The following year, Schell was Professor David Malter, an Orthodox Jew, in the Hollywood adaptation of Chaim Potok’s “The Chosen.”

By then Schell was clearly the go-to Aryan for playing sympathetic Jewish parts, a new form of typecasting for him which he repeated in the US/German co-production “The Rose Garden” (1989), based on a true story. In it, Schell played a concentration-camp survivor who attacks the camp’s former commandant after seeing him at an airport. The continuing sub-theme of Nazis getting away scot-free originated in Schell’s career in “Judgment at Nuremberg,” when he slyly (and accurately) informed Spencer Tracy that all the war criminals who received life sentences will surely be out of jail five years later.

This lack of satisfactory resolution may explain Schell’s resurfacing as Mordecai Weiss, another concentration camp survivor, in “Miss Rose White” a 1992 TV adaptation of Barbara Lebow’s 1985 play, “A Shayna Maidel.” And as Arkady Shapira, the unlikely patriarch of a murderous Russian Jewish mafia family in “Little Odessa” (1994). And as yet another Jewish patriarch, Mr. Silberschmidt, in Jeroen Krabbé’s “Left Luggage” (1998). Schell’s determination to keep playing such roles was matched by the film industries’ continuing insistence on seeing him as ideal casting for them. Perhaps the apotheosis of these lovable, if sometimes unlikely, Jewish parts was reached when Schell was cast as Albert Einstein in the German TV series “Giants” (Giganten).

Curiously, in later years, when offered the opportunity to direct, Schell made his strongest statements with two pitilessly sardonic documentaries about how showbiz’s star system can mentally destroy people, the subjects being Marlene Dietrich and his own sister, actress Maria Schell. In “Judgment at Nuremberg,” two of the worst-damaged flotsam from the Hollywood studio system, Judy Garland and Montgomery Clift, portrayed victims of the Nazis, further tormented during cross-examinations by the merciless Schell. Schell’s own career trajectory of incarnating Nazis, and later anti-Nazis and Jews, apparently led him to conclude that although on a wholly different scale, the movie business can also destroy human lives.

Maximilian Schell, Actor Who Played Jews, Nazis — and Both