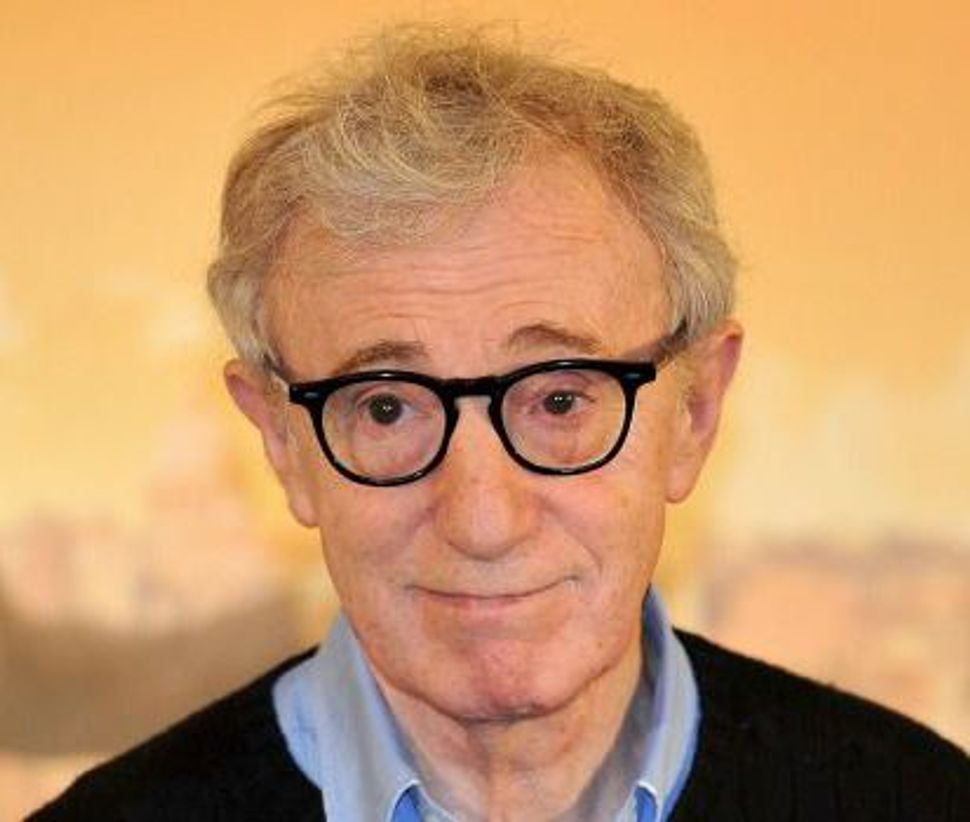 In the weeks since Mia Farrow took to Twitter to voice her disdain for the lifetime achievement award Woody Allen was given at this year’s Golden Globes, everyone and his sister has flooded the Internet with an opinion about Allen, Farrow’s daughter Dylan and what may or may not have transpired between them twenty-two years ago when she was seven years old and he and her mother were embroiled in a bitter and very public custody battle.

The events in question were thoroughly investigated back in 1992 when Farrow first accused Allen of molesting Dylan. Both sides presented evidence to prove their cases. Both sides poked holes in each other’s evidence. A judge found the evidence against Allen to be inconclusive. The story’s way too complicated to go into in depth here. Look it up. The whole thing was carried out in the context of Allen having left Farrow (or cheated on her, depending on the bias) for her adult daughter Soon Yi Previn, and covered extensively by the media.

Now, in light of Allen’s award and Farrow’s tweet (as well as some tweets from her son Ronan) the press and the public have decided to retry the case in the court of public opinion.

As one would expect when issues of child abuse are involved, much of this chatter has throbbed with intense emotion, almost all of it directed at Allen. We live in times where the mere rumor of a person’s child molesting is enough to turn that person into a pariah. “Sex offenders” are the bogeymen of our time. Very few people have dared to publicly defend Allen. The one article that has prominently done so, written by an associate of Allen’s in the Daily Beast, has been widely circulated and derided as an example of “rape culture,” “white male privilege” and “blaming the victim.”

Not long after that article was published, Nicholas Kristof, who acknowledges being a friend of Mia Farrow, gave Dylan a forum to make her case on his New York Times blog. In an open letter to Allen, she describes in detail her memory of being alone with him in the attic of her mother’s home. She expresses what feels like genuine pain. She calls out people who have worked with Allen in the years since this story first appeared and implies that they should be ashamed of themselves. She insinuates that anyone who likes Allen’s films is as morally compromised as she believes he is.

But she doesn’t present any new evidence. (For the trial she testified to what happened, in a video made by her mother that in the end hurt her legal case more than it helped it.) Instead she relies on the emotional impact her having come forward to speak her truth will have on the reader.

The very act of accusing, when done in the public sphere, signifies an aggressive claim to power. It has the force of righteous indignation on its side. “J’accuse,” sings the child, crippled with rage, and we all come piling on to join in the chorus, because what makes one feel holier than standing in judgment of someone who always seemed a little weird anyway.

Sometimes, like when Emile Zola shamed the French government into pardoning Alfred Dreyfus, the accusation is proven true and sometimes, like in the McMartin Preschool trials, it’s not. When there’s no proof, we let our biases decide the verdict. And of course, we all agree, child molestation is a bad thing. But so is a lynch mob.

Piety and righteousness are no assurance of truth or rightness. And when we as a society decide that we must have our sacrifice, tarred and feathered and hanging in the town square, we become the thing we’re fighting against.

I’m not taking sides. I have no idea what happened in that attic. I’m just saying that, as this narrative continues to build, I can’t help but think of Shylock, of Leo Frank. I’m saying that maybe the volume should be turned down a little.

Because, if the accusations against Allen are not true, he becomes as much a victim as his accuser. And we, the public, become the victimizer.

Joshua Furst is a contributing editor of the Forward. He is the author of “The Sabotage Café” (Knopf, 2007).