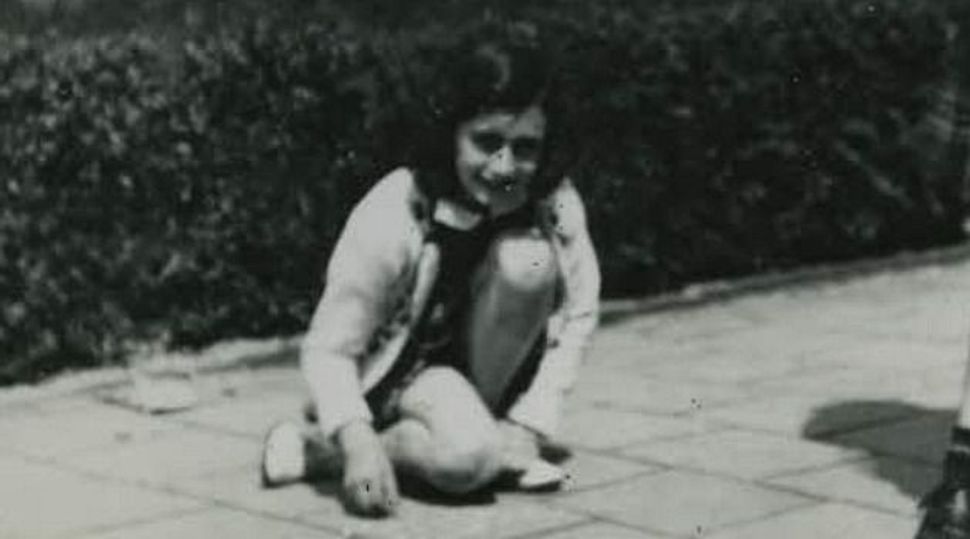 Anne Frank plays marbles on the sidewalk before the Nazi invasion of Holland. Image by anne frank house

(JTA) — When the Anne Frank House in Amsterdam unveiled its widely publicized offsite display of its namesake’s marble collection this week, it was yet another example of this small museum having a big impact with tiny objects.

Despite its narrow scope and limited exhibition material — in a city where visitors can choose from among a panoply of heavyweight museums and tourist attractions — the Anne Frank House is one of Holland’s most popular museums.

With more than a million visitors in 2013, it outranked even the Rijksmuseum — a mammoth institution that keeps churning out breathtaking exhibitions thanks to what seems like an inexhaustible reservoir of monumental artworks.

The Anne Frank House, where the young diarist hid from the Nazis with her family, owes its appeal to Frank’s worldwide fame. The museum is also one of the few Holocaust-related sites in Amsterdam.

The museum had a budget of $18.6 million that year, roughly two-thirds of the budget came from admissions fees, with almost all the rest coming from revenues from sales, projects, activities and services. With a collection of artifacts that are emotionally jarring but inexpensive to maintain, the museum has been able to focus its resources on outreach and educational work.

The latest example of the minimalistic but powerful curating choices of the Anne Frank House are the marbles, which went on display for the first time on Feb. 5, not at the house, but rather at the Kunsthal museum in Rotterdam.

Before she went into hiding, Anne had given the marbles to her childhood friend and neighbor Toosje Kupers for safe-keeping. Kupers, now 83, donated the marbles to the museum when she moved last year. A similar display opened in 2012, featuring a tea set that Anne also gave to Kupers.

While some might write off such objects as irrelevant to the horrors of the Holocaust, their very mundaneness, their normalcy, is the key to their power, as they help audiences connect to Anne on a personal level.

Along with its deft curating choices, the museum has an impressive marketing savvy. When in 2010, a storm destroyed the giant chestnut tree that stood outside, management turned this loss into a publicity opportunity, offering saplings of the tree to takers from around the world and highlighting entries from Anne’s diary that mentioned the tree. It became international news and helped the museum spread its name far and wide.

Still, the museum’s approach has not always met with universal acclaim. Last year, a Dutch court ordered the museum to return 25,000 letters, documents and photos that it had refused to give back for three years after receiving them on loan from Switzerland’s Anne Frank Fund. Officials at the house told the New York Times that the lawsuit surprised them, as they had thought the loans would be permanent. They also contested ownership of a small number of items.

It wasn’t the first time the two institutions had clashed in court. In a lawsuit that ended in 1998, the Swiss group accused the Dutch museum of commercializing Anne Frank’s memory because T-shirts and balloons were sold at traveling exhibitions co-organized by the Anne Frank House in Britain and in the United States. Another issue was a fundraising campaign organized by the Anne Frank House to cover part of the cost of an $8 million renovation.

In a 1996 interview with The New York Times, a spokesperson for the Dutch museum, Kleis Broekhuizen, did not deny the sale of Anne Frank trinkets at traveling shows but said the responsibility lay with the museum’s British and American partners, who helped co-organize the shows. “Regrettably, other countries have other cultures, which we cannot always control,” he said.