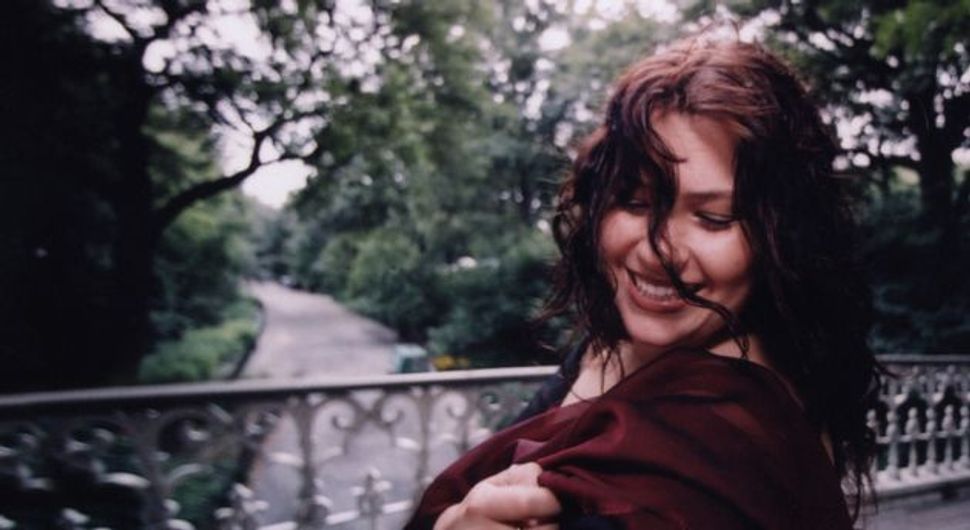 Our high school, the Community Hebrew Academy of Toronto was, as its name indicated, a community school. Kids entered ninth grade from the spectrum of Jewish day schools — Orthodox, Conservative, Reform and Sephardic. But it was also a community school in a different way; we were a small group (graduating class of 110), and we looked out for one another. So when one of my classmates starred, in that first year of high school, as Titania, Queen of the Fairies, in a local production of “A Midsummer Night’s Dream,” a bunch of went to see her. None of us knew her very well yet (nor each other), but we loved watching her. “She’s a born performer,” whispered one of my classmates.

That couldn’t have been a more prescient observation I thought earlier this month, watching Neshama Carlebach perform with Joshua Nelson, another star of the shul circuit, at the Jewish Center in Princeton, New Jersey, hundreds of miles and in a country apart from the one where I first saw her on a stage. Still sprinkled with fairy dust, Neshama belted out songs that give life to her “soulful” name, songs that left the crowd beatific. All around me, faces were lit up with rapture; people swayed and sang along; some broke into spontaneous dance. When I went to give my old classmate a hug after her performance, I had to fight off dozens of other admirers who wanted to give her a hug, not because they also knew her, but because they loved her without needing to know her.

Some people might think Neshama built her career on her father’s legacy. Rabbi Shlomo Carlebach was one of the greatest Jewish singers and spiritual leaders of the 20th century. “Soul Doctor,” the play about his life, might have had a sadly short run on Broadway, but its existence speaks volumes about his incredible influence as a “Rock Star Rabbi.” Every Jew knows his music, even if they don’t know it’s his (“Am Yisroel Chai” is but one example). As The New York Times put it in his obituary, “Rabbi Carlebach put the words of Jewish prayer and ceremony to music that is heard at virtually every Jewish wedding and bar mitzvah, from Hasidic to Reform.” But this is my personal memory of the man: he was Neshama’s father. And one time, I think it was in 11th grade, he came to our school, guitar in hand, an aging hippy with an infectious smile, and played music for our class. “Hey, Neshama’s dad is pretty good, isn’t he?” I asked one of my friends. “Like Neshama,” he agreed.

In 1997, Neshama came out with her first album: “Neshama Shel Shlomo” — a pun on her name and a fitting tribute to her father, who had died three years earlier. It’s true for many that this is who Neshama is today: her father’s soul, living on. But I guess I see it the other way around, and I think it’s time other people see it as I do. Neshama is a woman with a beautiful voice and a loving demeanor, and she has come into her own as a talented, moving entertainer for a community far greater than the one she performed for in high school. This isn’t to say anything bad about her dad. There’s no doubt that he was pretty good — like his daughter.