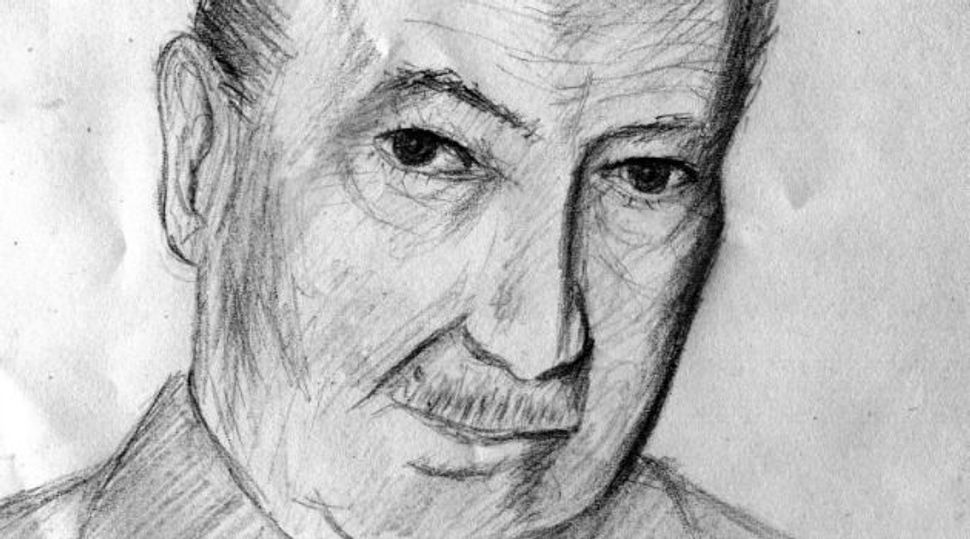 On this side of the Atlantic, the imminent publication in Germany of Martin Heidegger’s “Black Notebooks” (“Schwarzen Hefte”) has caused few if any ripples. For better or worse, the philosopher who theorized about “absence from the world” has been largely absent from our world.

Yet in Europe, a surf-like pounding in newspapers and magazines has accompanied the debate over the book’s significance. Several phrases leaked from the book have reintroduced some of the great questions about Heidegger: Namely, was he anti-Semitic and, if so, was his existential philosophy fatally compromised?

Oddly, the waves of controversy have crashed with greater fury in France than Heidegger’s native Germany, not to mention the Anglo-American world. Of course, this in part reflects the waning, but still important role intellectuals play in French cultural and political life. This interest in turn inevitably spills into the national press, whose front pages have carried numerous interviews and columns on the controversy, leading one literary critic, Eric Aeschimann, to announce the arrival of the “new Heidegger Affair.”

As Aeschimann’s phrase implies, there have been older Heidegger affairs — in fact, there has been a series, which tend to erupt every decade or so. The first dates from the immediate postwar period when France, scarcely liberated from one German occupation, threw open its doors to a new and different occupation. This was not a military occupation but an intellectual one whose phenomenal nature, in every sense of the term, still stuns unsuspecting students of the era.

Rather than launching Stukas and Panzers, the new invasion employed the obscurely portentous language of German phenomenology to pound the French, or at least a good number of intellectuals, into submission. Of course, the strategist behind this campaign was none other than Heidegger. In 1946, a denazification committee at the University of Freiburg, reviewing Heidegger’s decision to join the Nazi Party, and his activities as the university’s rector between 1933-1934, decided to ban him from teaching. Perhaps the most damning witness was the philosopher Karl Jaspers, who had reluctantly concluded that his former friend’s manner of thinking was “unfree, dictatorial and incapable of communication.” (One wonders if, as he wrote this letter, Jaspers recalled the conversation he had with Heidegger soon after Hitler came to power. When Jaspers demanded to know how someone as “uneducated” as Hitler could rule Germany, Heidegger replied: “It’s not a question of education; just look at his marvelous hands.”)**

Yet, it was the hand offered by the French philosopher Jean Beaufret that pulled Heidegger from the professional exile imposed by the Freiburg committee. Shortly after Jean-Paul Sartre, whose own thought was inspired by Heidegger’s work, gave his celebrated public talk “Existentialism is a Humanism,” Beaufret contacted Heidegger for his reaction. While Heidegger replied that Sartre had completely misunderstood his writings, this was less important than the public’s misunderstanding of Beaufret’s motivations. As the Heidegger scholar Richard Wolin notes, Beaufret, who had fought with the Resistance, soon gravitated towards the dark planet of Holocaust denial. In a letter he wrote to the notorious negationist Robert Faurisson, Beaufret reassured him that he, like Faurisson, had “traveled the same path” and had been “considered suspect for having expressed the same doubts” about the gas chambers.

In the same letter, Beaufret congratulated himself for having shared his views with Faurisson, and never committing them to paper. The same cannot be said for his work on behalf of Heidegger: Beaufret morphed into a veritable public relations firm for the Nazi thinker, serving as his privileged interlocutor and interpreter in France. While Sartre soon distanced himself from Heidegger’s writings, other and younger postwar intellectuals like Louis Althusser and Michel Foucault were drawn to them; they became the darling of self-described revolutionaries on the left rather than reactionaries on the right. For good reason, Heidegger chuckled that when the French talk philosophy, they think in German.

Only toward the end of the century did French intellectuals begin to grasp how odd a bedfellow Heidegger truly was. They had applauded his critique of modernity and man’s alienation from a world dominated by science and technology, but only later became appalled by his embrace of irrationality and scorn for the humanist tradition. In 1987, a former student of Heidegger’s, Victor Farias, published a book whose title — “Heidegger et le nazisme” — reflected the damning contents within. Based on thorough archival research, Farias revealed that Heidegger’s decision to join the Nazi Party was not, as his defenders claimed, opportunistic, but instead principled. More intriguingly, Farias claimed that Heidegger quit his position as rector at Freiburg just a year after he was named not because, as Heidegger later claimed, he was shocked to learn the true nature of the Nazi agenda. Instead, Farias argues, Heidegger stepped down when he realized that the original purity of the Nazi agenda had been diluted for political reasons.

The book sparked a firestorm in France. Francois Fédier, who had picked up the torch from the recently deceased Beaufret, flew to Heidegger’s defense, while others like Jacques Derrida flew in a different direction, conceding Heidegger’s philosophical affinities to Nazism but insisting that only those steeped in his writings can take the true measure of this thought. (Not only did this, in Derrida’s eyes, disqualify Farias, but also reviewers like me.) Yet others like André Glucksmann, while they found Farias’s analysis wanting, agreed that the value of Heidegger’s thought, and not just his politics, was deeply suspect.

The controversy, which revealed that a growing number of French philosophers were no longer thinking in German, was repeated nearly a decade later with the publication of Emmanuel Faye’s “Heidegger: The Introduction of Nazism into Philosophy.” Faye offered a more refined and rich reading of Heidegger’s thought than did Farias, but one even more damning. He traced the connections between the völkisch themes in both Heidegger and Nazi ideology and the shared conviction that only a return to a presumably earlier and more authentic existence can save us from the spiritual wasteland wrought by modernity. Nothing short of a revolution, both for the individual and for society, could make an adequate clearing in the world to allow for being to, well, once again become. Heidegger, concluded Faye, understood that this revolution was garbed in the brown uniforms of Nazi Storm Troopers.

Blasted by Fédier and his followers in 2005, Faye — in a recent essay for Le Monde — reminds his readers of what Farias and other researchers long ago documented: Heidegger was anti-Semitic. In a letter to a colleague in 1935, he deplored the presence of “Jewish and half-Jewish students” in his classes, and in his seminars declared that “Semitic nomads” were impervious to the German spirit, which moreover was threatened by what he called the process of “Jewification.”

Warning that we cannot judge the “Black Notebooks” until they are published, Faye nevertheless notes that the published excerpts blacken the already dark portrait of Heidegger. In these fragments, Heidegger refers to a “world Jewry” with a “pronounced talent for calculation.” Such a people, for Heidegger, are ontologically challenged: Unlike the German nation, Jews will always be “uprooted from Being-in-the World.” In a word, the Jew is persona non grata not just in Hitler’s world, but in Heidegger’s world as well.

“Will there be anything new in the “Black Notebooks?” scholars have been asking. While we wait to answer this question, we might also ask if there will be a truly new perspective adopted by Heidegger’s stalwart defenders in France.