When I Played Klezmer for Kiev Uprising Crowd 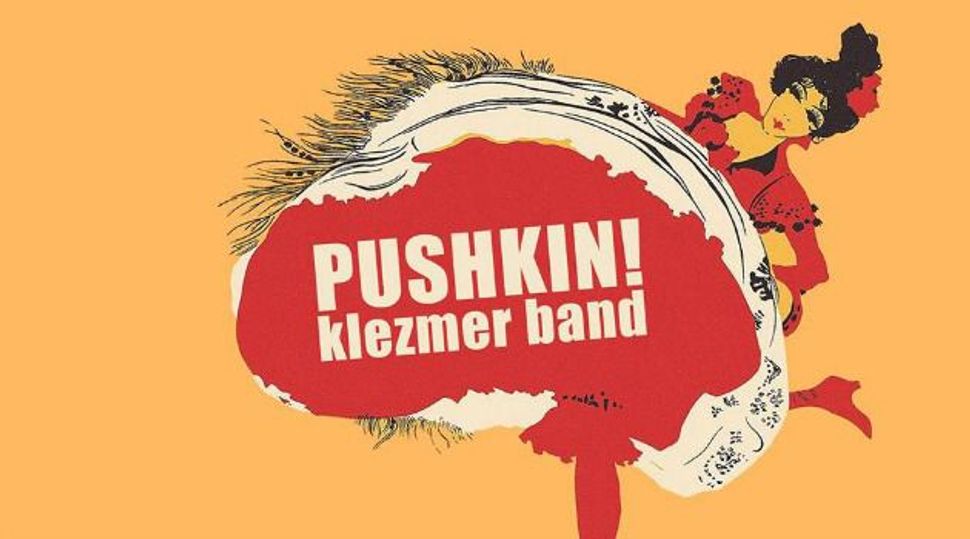 Dmitry Gerasimov is the leader of a Ukrainian klezmer band that performed for protesters at the Kiev uprising. He describes the experience in an essay that was translated into English by Talia Lavin

(JTA) At the Maidan, your clothes quickly start smelling like a campfire; in the metro, you can figure out who has been there right away by the smell. We played at the Maidan on Dec. 23, on a Monday. Before, I hadn’t been able to get to the stage for two weeks, until I found the phone number of the coordinator for an organization called The Last Barricade.

We were supposed to start at 6 p.m., but we were forced to stand in a cold dressing-room tent under the stage for more than two hours while other musicians, members of parliament and activists spoke. There were only a few people in the square in front of the stage; I felt that the joyous, carnival time on the Maidan had passed. The mood was anxious. What was happening on the stage seemed unimportant; I don’t remember what the speakers talked about.

I had already played at the Maidan with different musicians, and playing with the Pushkin Klezmer Band there was my idea. There were a few reasons: I am a citizen of Russia, but I have lived in Kiev for five years already, and I love this city. What happens here is very close to my heart.

Naturally, I am on the side of people who have rebelled against indignity, police brutality and total corruption. I had gone many times to the Maidan and tried to help as I could. I have many friends there, and the majority of my Jewish acquaintances actively support the movement. So first of all, I wanted to cheer up and warm the tired, frozen people — we play wedding-style, very cheerful dance music.

And then the Jewish theme: Many members of the mass media are cultivating a myth that the people standing at the Maidan are neo-Nazis, Russophobes and Judeophobes. This is untrue, and a Jewish ensemble onstage at the Maidan is the best way to refute these rumors. And for that part of the public that actually doesn’t love Jews very much, this is an excellent inoculation against anti-Semitism. Some of the musicians shared my views, some of them came to play just because I asked. And there was, of course, also a desire to play in front of a massive new audience.

When we went onto the stage and I said into the microphone that we were going to play Jewish music, a murmur of dissatisfaction passed through the crowd. And when we began to play, people didn’t know how to react; it’s noticeable on the YouTube video of the performance.

The people standing closest to the stage were primarily people who, judging by their faces and clothes, had arrived from the villages. There were many elderly women and men, and there were also youths. They were shifting from foot to foot. But after the second song, they began to smile and applaud.

We played a few klezmer songs, a pair of songs in Romanian and Romani — the language of Gypsies — and we sang an Odessan Jewish song in Russian. Very soon everyone was dancing, shouting “Great job!” People didn’t want to let us off the stage. In the end, we sang an old song from the Bund in Yiddish: “Down With the Police.” It was great — the Maidan received us very well.

It’s hard for me to describe my feelings. There was a lot of adrenalin. In the beginning, I was a bit frightened that they wouldn’t accept us. And we had to overcome an initial rejection. But when our music turned out to be relevant and real, I was very happy about it!

While we played, the leader of the Svoboda party, Oleh Tyahnybok — who was famous, earlier, for his anti-Semitic statements — was waiting backstage. He appeared right after us.

When I Played Klezmer for Kiev Uprising Crowd