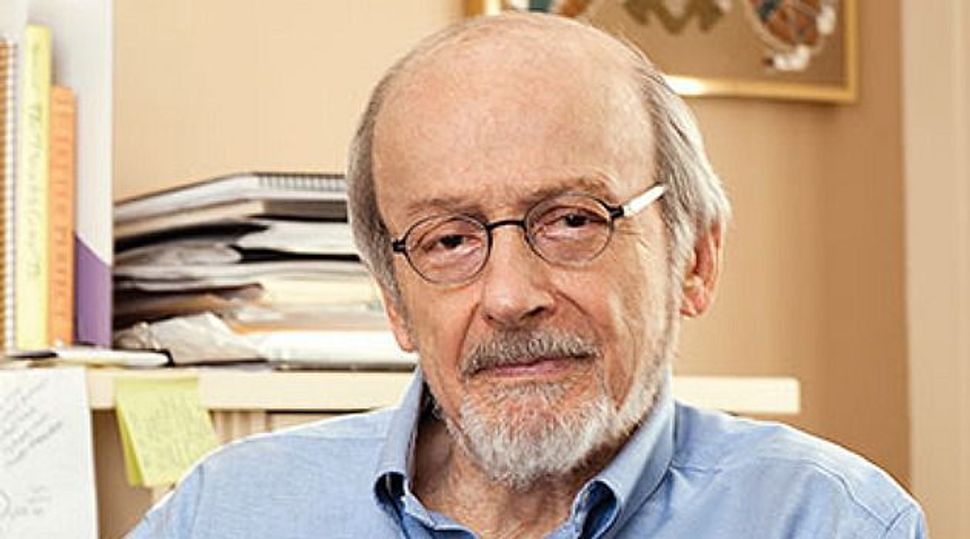 Shrink Rap: Doctorow?s latest is an impressionistic transcript of sessions between a patient and his therapist. Image by Getty Images

Is it just me, or does the idea of psychotherapy seem sort of hopelessly 20th century? All those not-quite-hours; all that money; all that talk talk talk talk talk — all to unearth, finally, the tiniest molecules of self-knowledge. Doesn’t it seem a little irrelevant?

I think that’s why E.L. Doctorow’s latest novel “Andrew’s Brain,” presented as a kind of impressionistic transcript of sessions between Andrew, a cognitive scientist, and his therapist (Andrew speaks almost compulsively; the “doc” speaks rarely, and never once says anything illuminating), seems so jarringly out of context, like the product of a time warp. Something’s awry here.

The patient/shrink transcript made perfect sense back in the ’60s, when Roth used the technique in “Portnoy’s Complaint,” a novel that was nothing if not a product of its era — or maybe a product of the era that was about to begin. But even Roth couldn’t, and wouldn’t, try to tell his masturbatory odyssey in 2014. It would just seem… peculiar.

Andrew himself is peculiar, or at least that’s what he keeps trying to tell the doctor. He is extremely bright, well-educated, and well-read. He is a dedicated professor and clearly knows a lot — about science, about politics, about the brain, about the state of the world — and is passionate about those subjects. But in his own mind, he is branded: Bad things happen around him. He might as well have horns and a tail. He is cursed, hexed, tragically fated to cause disruption and tragedy everywhere he goes, especially to the people he loves.

Sometimes, as when he describes the social awkwardness that leads invariably to things being spilled and broken, to accidental injuries and inadvertent insults, the results seem kind of funny (though not to Andrew, naturally). In fact, even some of the more serious tales of woe have a comic aspect: You can’t help feeling guiltily amused by the story of Andrew’s pet dachshund; as a child, Andrew momentarily let go of the dog’s leash in order to investigate some object under a bench — and in that instant, the dog was snatched into the air by a hawk. Andrew describes his 7- or 8-year-old self, grabbing at the leash again as it floated past him, dangling in the air; watching, open-mouthed, as the hawk and the writhing dog ascended into the sky; and wondering whether he, too, was about to be dragged skyward by the leash he was clutching.

Okay, it’s not funny. But it sort of is.

So there’s a Buster Keatonish, Chevy-Chase-doing-Gerald-Ford kind of pratfall humor throughout the book, like a running gag — which is why it doesn’t compute at first when Andrew claims to be responsible for the death of his baby girl — and “indirectly,” years later, for the death of his beloved second wife, his former student Briony. Andrew doesn’t only believe he is a menace and a threat to anyone who comes too close; he insists on it, even when he has to ignore large swaths of reality in order to do so.

Still, there are those who agree with him: When the second husband of Andrew’s first wife, Martha (mother of the dead baby), calls him “Sir Andrew the Pretender… whose well-meaning, gentle, kindly disposed, charming ineptitude is the modus operandi of the deadliest of killers,” Andrew adopts the label almost with enthusiasm.

Meanwhile he keeps talking, on and on, telling his life in no particular order, sometimes in the third person, as if he, Andrew, were merely somebody he knew or had read about. He claims to have caused deaths, as well as havoc, throughout his life. He claims to feel nothing in particular about that, and wonders whether he might be a sociopath. “A killer is what I am,” Andrew says. “And to top things off I am incapable of punishing myself, taking my own life in despair of the wreck I’ve made of people’s lives, helpless infants or women I love.”

He’s got this narrative down pat, and reacts with exasperation to the doctor’s rare and mostly banal comments and dumb questions. “Why do I talk to you?” he barks more than once. It’s a good question. Why IS he talking to this guy? The doctor says only one intelligent word in the whole book — “Stop!” — as Andrew, in a burst of almost transcendent self-loathing, recounts his starring roles in one disaster after another.

“What? Stop what?” Andrew asks.

Why does Andrew need so desperately to believe in himself as a holy terror? It never becomes clear, but it could be that ultimately it’s less frightening to believe in your own inadvertent yet evil agency at work, than to believe that, in reality, nobody is calling the shots — that it’s all, every bit of it, random.

But then suddenly we’re in a different book, one in which it is completely plausible that the president of the United States (a George Bush clone) was once Andrew’s college roommate; in which Andrew lands a White House office and an impressive title, and in which he registers his revulsion with the president’s administration by standing on his head in the Oval Office until the Secret Service arrives to arrest him for endangering the president — actually for just plain weirdness. This is the sort of book in which the protagonist ends up imprisoned in an unknown country, maybe being tortured.

I used to be a lot more critical, even scornful, in my book reviews; that was before I tried to write a novel and found out that just making a coherent beginning, middle, and end is almost impossible, almost miraculous when it happens. I mean it’s hard.

So all I’ll say here is that although Doctorow has written some of the best fiction I’ve ever read (“The Book of Daniel,” “Welcome to Hard Times,” “Lives of the Poets”), this novel seemed to me to be a lot like therapy; it required a whole lot of work, and the results weren’t worth it.

Nan Goldberg has written for numerous publications, including the Boston Globe and New York Observer.