Is Mieczyslaw Weinberg’s ‘The Passenger’ Only Holocaust Opera ‘Worth Watching’ 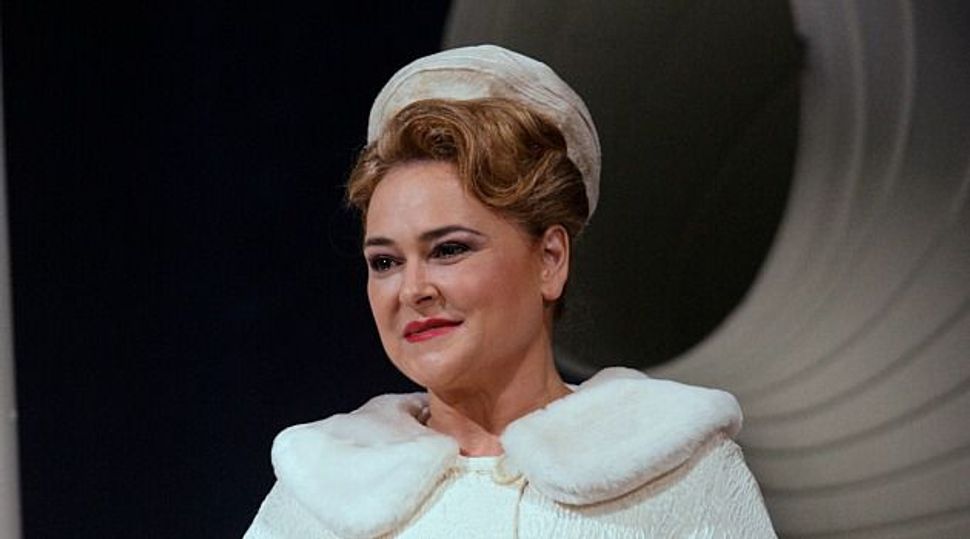 Horror Show: ?The Passenger? takes place in part on board a ship where a former Nazi officer recognizes a prisoner from Auschwitz. Image by catherine ashmore

Mieczyslaw Weinberg’s parents and sister died in a concentration camp, his Yiddish-language actor father-in-law was killed on Stalin’s orders and the Polish-born composer himself was imprisoned by the KGB and only released after Stalin’s death.

His moving Holocaust opera “The Passenger”, which revolves around a former camp guard who recognises a former inmate on an ocean liner decades later, was not performed until four years after his death in 1996.

Even a close friendship with Soviet composer Dmitri Shostakovich seems to have worked against him, prompting critics to look at him as a lesser version of the Russian master.

“If you read about his life and his biography, the impression that comes to mind is ‘How much can one person actually take?’,” German violinist Linus Roth asked in an interview with Reuters.

Roth, a protege of German violin superstar Anne-Sophie Mutter in his mid-30s, has become a leading advocate for Weinberg’s music with the release this year of the first recording of all six of his violin sonatas on the Challenge Classics label.

Championing the work of a little-known composer who fled from Poland to Russia to escape the Nazis and was denounced there as a “cosmopolitan” who wanted to create a breakaway Jewish state is an interesting career move for Roth.

“Often these forgotten composers are forgotten because somehow they are mediocre or second-rate,” Roth said at a London coffee shop, keeping a discreet watch on the case containing the Stradivarius he uses to play Weinberg’s haunting melodies, often tinged with a hint of Jewish traditional music.

“But this composer was forgotten and first-rate – it’s really quite extraordinary.”

For example, he said, “The Passenger” – an eclectic mix of musical styles as well as subtle plotting based on a novel by concentration camp survivor Zofia Posmysz – is “probably the only opera about the Holocaust that’s really worth watching.”

Roth saw the production at Austria’s Bregenz Festival. “The music is really amazing and it’s completely touching,” he said.

The composer’s Shostakovich connection – they lived near each other in Moscow and were in frequent contact up until the Russian’s death in 1975 – is another reason Roth holds up to say the world should have a second look at Weinberg.

“Shostakovich played every piece, before going to print, for Weinberg, to get his okay, until he died,” Roth said, adding that Weinberg’s music showed his neighbour’s influence. “That shows how highly he valued Weinberg as a composer.”

A life of such tragedy and hardship inevitably resounds in Weinberg’s music, but Roth insists it’s not all depressing.

“There are moments of beauty that he found in all this,” he said. “I am sometimes reminded of Schubert because it’s so transparent and actually simple melodies – not the harmonies, which have nothing to do with Schubert, but the transparency and beauty, the simple beauty.”

Knowing so much about Weinberg’s life has made it grow on him as he rehearses and performs it, Roth said.

“For me, Weinberg is somebody I can have a conversation with, more or less, when I play his music. I know so much about him and his music, I have so much empathy for him and his life … so it feels like a friend.”

Does such a focus mean Roth risks becoming known as “that German violinist who does Weinberg”?

“I mean, I do play Beethoven, Brahms, Mozart, Tchaikovsky and other things – Britten, for example,” he said, referring to the British composer’s violin concerto coupled on his Challenge Classics recording with Weinberg’s concerto. “I love this piece.”

Is Mieczyslaw Weinberg’s ‘The Passenger’ Only Holocaust Opera ‘Worth Watching’