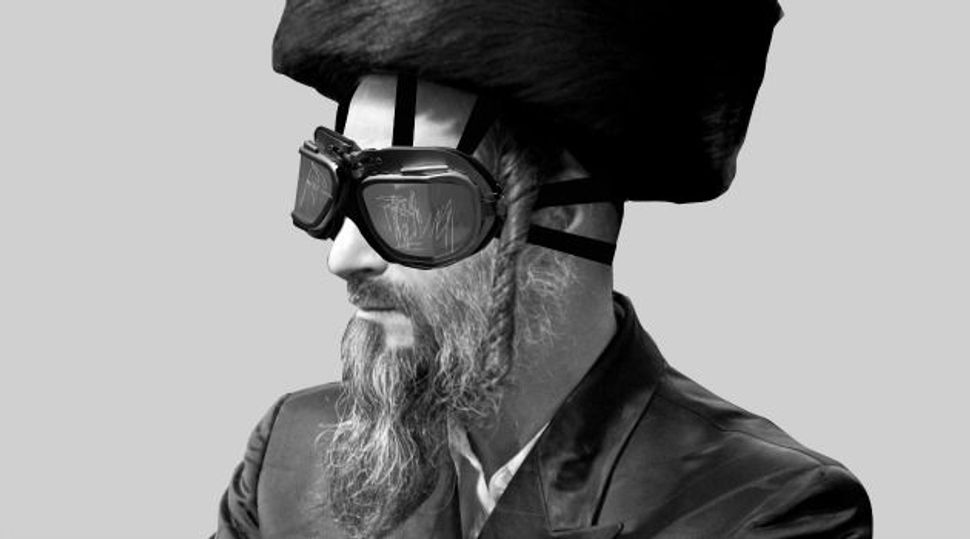 On May 20, 2012, an estimated 40,000 ultra-Orthodox Jews held a “Rally Against the Internet” at New York’s Citi Field. Though no official winner was declared at the time, if one is to judge from the turnout at March’s annual Haredi Electronics Show, traditionalist Jews’ appetite for technology is as voracious as that of a cantor getting his first whiff of post-Yom Kippur kugel.

The hottest offering this year is the Haredi competitor to the much-touted “Google Glass” — “Just Glass.” Manufactured by Diamond Brothers Kosher Slaughter and Electronics, the extra-thick, shtreimel-ready glasses block both Internet and vision, to ensure minimal temptation towards impurity. According to Lipa Diamond, the company’s electronics whiz and certified mashgiach, Diamond’s patented OpaqueView™ technology — adapted from the blurry, scratchable screens found on many smartphones and PDAs — “provides the world with an extra layer of tznius, just in case.” From observing the many Jews stumbling about the convention hall (formerly Itzik’s Glatt Banquet House, and still suffused with the scent of Itzik’s famous brisket), the glasses are, quite literally, a smash hit, though Diamond Brothers advises against wearing them while driving, shaving or performing a circumcision.

And “Just Glass” is only one of the “Wearable Tech” innovations on offer. Also popular were electronically enhanced prayer fringes, or “e-tzit,” programmed to literally and continuously remind their wearer of the 613 mitzvot. The user can choose from an array of non-arousing male voices, ranging from “Short-Tempered Dovid” to “Yossele With a Head Cold.”

Speaking of modesty issues, programmers can now avoid temptation thanks to “FireMechitza” software, which erects a digital wall between code written by men and women. “It’s a real mechaya for those of us who take seriously the ban on Code Isha,” said one attendee in between appreciative psssh-es.

Admittedly, some gadgets were greeted with more skepticism by the haredim, and not just because they were created through science. The Zeiss “Laser-Briss 1000,” for instance, failed to impress despite its promise to “get your child into the covenant before the wine hits his tongue.” Said one mohel, who refused to give his name or credentials, “Where’s the risk of transmitting herpes in that?”

But overall, the mood was buoyant, with organizers constantly having to refasten cables after they were torn out by spontaneous simcha dancing. Said one observer, “HES is proof that the Haredim are poised to take their place in the vanguard of the 19th century.”