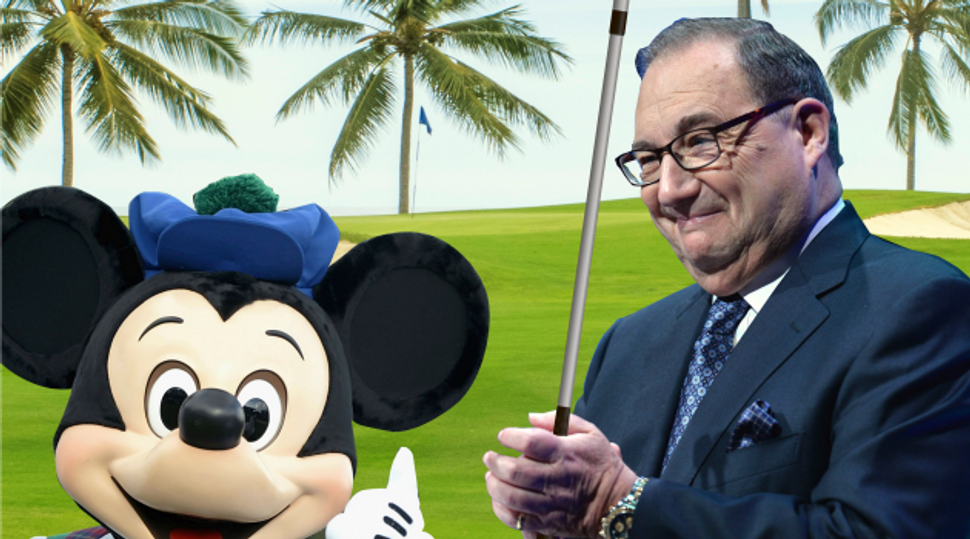 Pope on a Rope: Abe Foxman is gone ? and soon forgotten. Image by kurt hoffman

“We just decided enough is enough,” said Abraham Foxman, retiring head of the Anti-Defamation League, who is referred to as “the Jewish Pope” because he was elected by a conclave of old men smoking. “Why spend your life dedicated to the Jewish people when the Jewish people have all fled to Florida with their goyishe grandchildren?”

Foxman added that he felt like his years in office gave him a sense of kinship with the biblical Moses. “But at least his Jews had the gratitude to name a legal code and a decorating technique after him.”

The mass resignation will decimate an alphabet soup of Jewish agencies, from the AJC to BBYO to AIPAC and the ZOA, leaving behind decades of service to causes that are utterly obscure to most of the people whom the organizations claim to serve.

Indeed, ordinary Jews seemed baffled by the news. “What are these, some of those synagogue geeks who get together on Friday nights?” asked Joel Simon, a Jewish resident of Eau Claire, Wis., who says he occasionally skips breakfast on Yom Kippur. Upon being informed that the organizations raise millions of dollars and wield powerful political influence in Washington on his behalf, Simon became outraged: “They said they’re doing that for me? Who the hell asked them?”

The move is only the last step in a decades-long, growing rift among organizations that were once deeply rooted in the American Jewish community but have since focused their efforts on an ever-shrinking band of wealthy donors who have come to dominate the so-called “Jewish agenda.”

Indeed, the organizational heads said that many of them were hoping to organize a Jewish social club along with some of their top donors. “These men and women are some of the nicest, most unpretentious billionaires you’ve ever met in your life,” said David Harris, who is stepping down as the longtime leader of the AJC. “Their commitment to Israel and the Jewish community is a refreshing change from the disgusting apathy of ordinary, run-of-the-mill Jews.”

The new club, proposed by donor consultant Seymour Gold, will be constituted as a country club-cum-debate society-cum-gated community, where executives and philanthropists can enjoy each other’s company away from the depressing ignorance of American Jewry. Retiring head of the Zionist Organization of America Morton Klein admitted that the arrangement was dependent on the donors continuing to pay the executives’ salaries, but he expressed optimism, saying, “We’ve got relationships with our donors going back decades. I think that will count for something.”

Meanwhile, the move has thrown policymakers into turmoil. “How am I supposed to know what Jews want us to do about Israel or prison reform,” asked White House chief of staff Denis McDonough. “Just ask them?”

Having covered the Jewish not-for-profit sector for decades, Alfred E. Neuberg does nothing but worry.