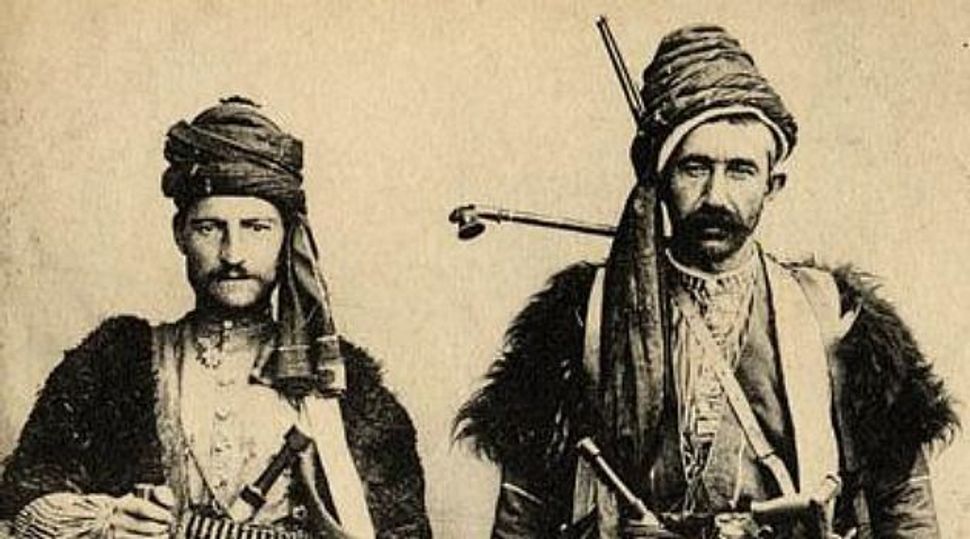 Come Back Home: Like Spain, the Chaldean empire seeks to make amends for its ancient crimes against the Jews. Image by wikipedia

In what may be the comeback surprise of the year, the Chaldean Empire has returned to the world stage after 2,500 years, and it comes bearing apologies, and citizenship offers, to the Jews.

“On behalf of all Chaldeans everywhere, I’d like to formally apologize to the Jews for sending forth their ancestor Abraham and for the destruction of Solomon’s Temple if that was us,” said Emperor Nabopolassar II, formerly Costas Sidiqqui. “We are eager to welcome back Jews, as well as Hittites and Medes, as full citizens to rebuild a better Chaldea.”

Though it originated in the alluvial plain separating the Tigris and Euphrates Rivers and, at its peak, expanded to cover much of the Middle East, the current Chaldean Empire is currently limited to a storefront in a Queens Village shopping plaza, half of which is devoted to travel insurance and DVD rentals. However, Nabopolassar II has great plans for expansion.

“With the situation so chaotic and violent in places like Iraq and Syria, I think people are nostalgic for the golden age of the 6th century BCE,” Nabopolassar II said on a recent sleepy Thursday morning in his shop.

Nabopolassar II claims that he is a direct descendant on his father’s side from the Chaldean royal line dating back to Nebuchadnezzar, although he admitted that he has, to date, gotten no further than an unsuccessful search for his paternal grandfather’s birth certificate. His mother is Greek-American.

Though there is not yet a physical Chaldean homeland, Nabopolassar II argues that citizenship still offers great benefits, including a link to the cradle of civilization, kinship with the builders who created the Hanging Garden of Babylon and a two-for-one discount on all DVD rentals every Friday.

In contrast to the biblical prophet Habakkuk’s description of the Chaldeans as “a bitter and swift nation,” Nabopolassar II says that the process of restoring the Chaldea of yesteryear will be deliberate and grounded in outreach.

“We want to build an inclusive Euphrates United region and to that end we invite not just Hebrews, but native speakers of proto-Sumerian, fluent cuneiform scribes, any descendants of attempted human sacrifice and men with the Hittite haplotype to come back and help us rebuild the region,” Nabopolassar II said, before excusing himself to answer a customer enquiring as to whether there was reimbursement for a flight missed due to illness. (No.)

Nabopolassar II added that he was hoping that Jews could be helpful in securing much-needed political support and aid from the both the E.U. and America.

Joanie Weiss is the author of the hit e-book “Caught Between a Rock and a Hard Plaice: Fishy Tales” and a co-writer of the Nickelodeon series “Running With Scissors (and a Plastic Bag on My Head).”