The Mystery of Raoul Wallenberg 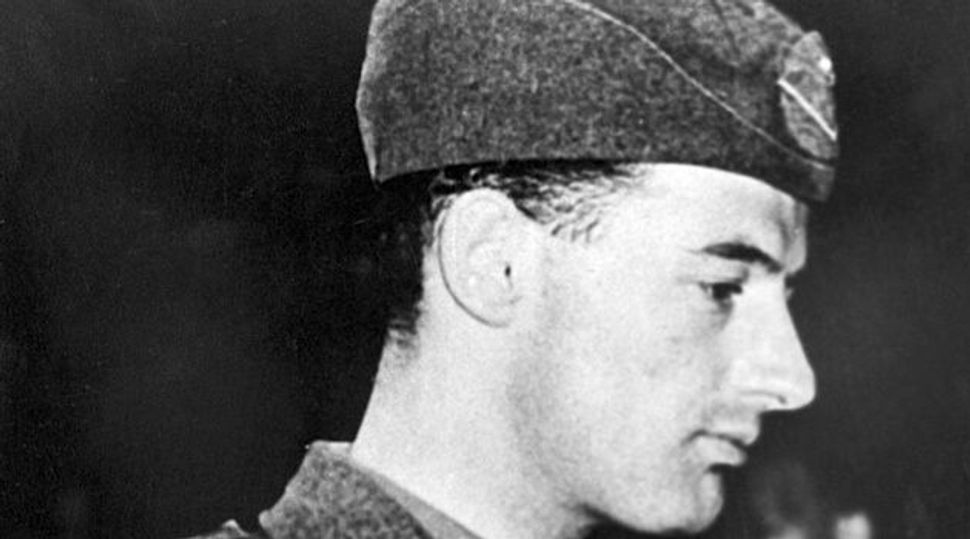 The Hero of Budapest: The Triumph and Tragedy of Raoul Wallenberg
By Bergt Jangfeldt
Translated by Harry Watson
I.B. Tauris, 352 pages, $35

Next year will mark the 70th anniversary of the disappearance in a Soviet prison of Raoul Wallenberg, the Swedish businessman who rescued thousands of Hungarian Jews in the darkest days of the Holocaust. Arrested by communists in 1945, Wallenberg never resurfaced, and his family and historians are still demanding that Russia reveal the precise documentary details of his demise.

A lucid new biography, “The Hero of Budapest: The Triumph and Tragedy of Raoul Wallenberg” by historian Bengt Jangfeldt, implies that the most compelling mystery of Wallenberg’s life was not his tragic vanishing, but rather how he decided to become a hero. Scion of a rich Scandinavian banking family, Wallenberg had earlier in his life expressed hopes of becoming an architect. He served as special Swedish envoy in Budapest from July to December 1944, after hundreds of thousands of Jews had already been murdered by Nazis with eager collaboration by Hungarian anti-Semites.

Rather than despair at the loss that he encountered, Wallenberg flouted diplomatic protocol to indulge in bribery and blackmail, all to save Jews. He issued protective passports and sheltered Jews in buildings designated as Swedish territory, making frequent trips to save individual lives by confronting Nazi troops and pulling Jewish deportees off trains, declaring them — without any real authority to do so — protected by Sweden.

Jangfeldt explains that part of this activism might have been due to Wallenberg’s identification with Yiddishkeit, although he was only “one-sixteenth Jewish on his mother’s side.” As a teenager in Sweden, Wallenberg told a friend: “A person like me, who is both a Wallenberg and half-Jewish, can never be defeated.” This feeling of invincibility was fostered by his grandfather Gustaf, a diplomat to whom Wallenberg wrote about his plan to hitchhike across America in 1932. “There’s a general tendency to exaggerate unknown dangers,” Wallenberg wrote. “Just imagine the enormous risks you expose yourself to every time you cross the street. Yet it would never occur to anyone not to cross the street.”

In the course of the trip, Raoul was robbed at gunpoint, and wrote home about his assailants: “They were the ones who were frightened, maybe because I was so calm. I really didn’t feel scared; I found the whole thing sort of interesting.”

Wallenberg was also an avid lover of the arts, even as practiced by some Nazis. During a trip through Germany just after the 1936 Summer Olympics held in Berlin, Wallenberg wrote home: “Nazi Germany itself also made a good impression on me and the people I talked to, except for the Jews, claimed to be quite contented.”

This view would soon change, in part through Wallenberg’s attachment to culture, especially the movies. He adored Laurel and Hardy, Charlie Chaplin, and the Marx Brothers, and the British 1941 anti-Nazi thriller, “Pimpernel Smith.” After seeing “Pimpernel Smith,” in which Leslie Howard plays an archaeology professor who rescues victims of Nazi persecution, Wallenberg reportedly said: “I would like to do something like that myself.” One paramour, the Swedish actress Viveca Lindfors, even recalled Wallenberg talking “intensely” about the sufferings of German Jews, after he returned from a trip to Berlin soon after Kristallnacht. At the time Lindfors thought that Wallenberg might have been putting on an act.

Though Wallenberg’s determination to save Jews was not merely play acting, it did include strong aspects of theatricality. Bellowing at Nazi officials in feigned rage to bully them into freeing Jews, Wallenberg wrote to his mother that he relished such confrontations as “exceptionally dramatic.” Wining and dining some Nazis — even Adolf Eichmann — to try to persuade them in bon vivant style to liberate more Jews, Wallenberg would verbally abuse other German officers. His friend, the Swedish diplomat Per Anger, later recalled that “when [Wallenberg] spoke to the Germans he’d use their language and yelled at them.”

Wallenberg’s efforts at saving people, however artistic and exuberant, were not always successful or even-handed. Jangfeldt explains that because protective passports were usually issued to Hungarian Jews who had established business concerns or family ties in Sweden, “it was mostly well-to-do people who were entitled to apply.” Yet Wallenberg also extended assistance to humbler deportees whenever possible. “The Hero of Budapest” affirms that Wallenberg’s unique personality traits and upbringing are at the heart of his stunning humanitarian achievement.

The Mystery of Raoul Wallenberg