The Haredi Sect Run By Women 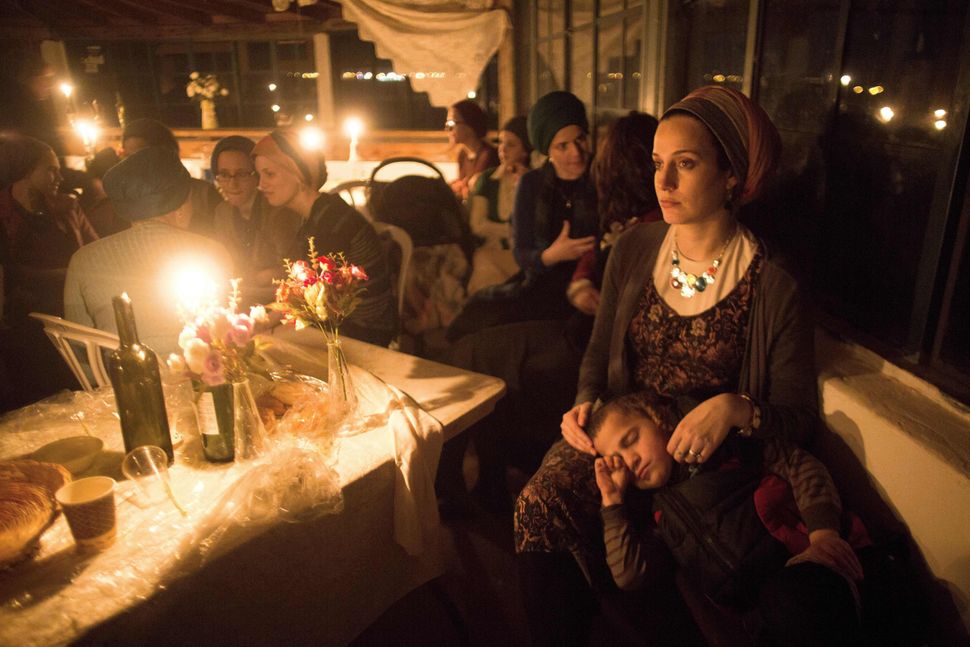 Chaya and Mushke Bath-Sheleg, the daughters of a highly respected rabbi and rebbetzin in the Memeti sect have been leading a growing community of ultra-Orthodox Jews in Brooklyn since their parents’ death in the late 1990s. On the eve of their community’s historic move to Kiryas Shalom in upstate New York they broke their silence to tell the Backward’s Ian Fist about their brand of “fervent” Orthodoxy.

Kiryas Shalom is a new town just next to the rural village of Springville — won’t there be a terrible culture clash?

Well it’s true that we don’t yet have so much in common with the locals and we only have a limited desire to mix with them, and probably them with us! But we want to live peacefully, so we need to treat the goyim with respect. For the past ten years we’ve been talking to people in Springville and they can see, I think, that our aim is to make a kiddush Hashem and to show our neighbors that our Torah is most important for us.

You have been accused of being sexist. What do you say to that, in a society that legally requires equality?

We think of people in our community in many different ways. Men have a higher spiritual level and a holier aim than women. We value our men so highly that they need to be praying all day, davening and learning. It’s not that they aren’t allowed to have positions in the kehila, they just have no time for such mundane things as running the day to day town affairs.

It’s true we have certain practices that are different for men and women, like insisting that the men wash their entire bodies and shampoo their beards every day for prayer but that’s basic hygiene and kavod HaShem — as you would say it, respect for The Lord.

We live in the 21st century, why do you forbid the Internet and limit the use of technology?

We don’t forbid it, we just believe in using technology in service of Torah values. We want to have access to the great advantages that the Internet has to offer — we believe that our learning and values are more than a match for any of the trivial, glittering temptations to be found online. Having said that the Internet is, as your paper itself has pointed out, a super highway of hatred — and a door for pornography to come into our homes. You show me a parent who isn’t struggling with that problem and I’ll show you a parent who isn’t concerned with her child’s welfare.

I’m not an expert on their beliefs and way of life, but I believe they don’t use machinery?

That may be a very wonderful way of life, we respect anyone’s rules as long as they respect ours, but that’s not our way.

Lemushel, for example, someone suggested that we use sniffer dogs to save our rabbis the unpleasantness of checking women’s undergarments for menses but we built a simple machine based on the scanners that the Transport Safety Administration uses and no one need worry about it again. Yes there’s a rush to use it before Shabbos — but for what isn’t there a rush before Shabbos?

Recent surveys have noted that your community lives in poverty and continues to have large families, how do you square your beliefs with taking money from the government and allowing your children to live in squalor?

Well, I’d say that prioritizing Torah values above a new computer game or trip to Disneyland doesn’t mean squalor. But we definitely have an education deficit and with the move to Kiryas Shalom we hope to address that. It should allow our young women, and even perhaps some young men, master the skills that will make them useful and productive members of the community.

And, if you look at our demographics, our families are getting smaller. We love our children and big families, but it was taking its toll on the community for the mothers to be pregnant or nursing almost continuously for 20 years. We needed those mothers to run the kehila — we couldn’t leave it to the men!

What about health care?

Well, one of the things that we’d love for education to do for us, is to make us more doctors in the kehila so we don’t have to go outside. After all, the Rambam himself was a respected physician, it’s a worthy profession. We’d love to be able to staff the new clinic in Kiryas Shalom with our own doctors.

We recently had a scare about herpes and we had to go outside the community for help. We were happy to do it, because health is paramount, but it was a little traumatic. A traditional practice in which mohelim use their mouths to draw blood away from the circumcision cut on the 8 day old boys was putting these respected elders at risk of infection. Apparently herpes simplex, the virus that causes the common cold sore, passes straight across the amniotic wall meaning that a sore on a mother’s mouth can cause full blown herpes in the mohelim. So of course we insisted that these ritual surgeons use pipettes for their protection and that they as well as every single baby is screened. We may be traditional but we aren’t primitive!

The Haredi Sect Run By Women