How ‘Camp David’ Peace Talks Became the Stuff of Drama 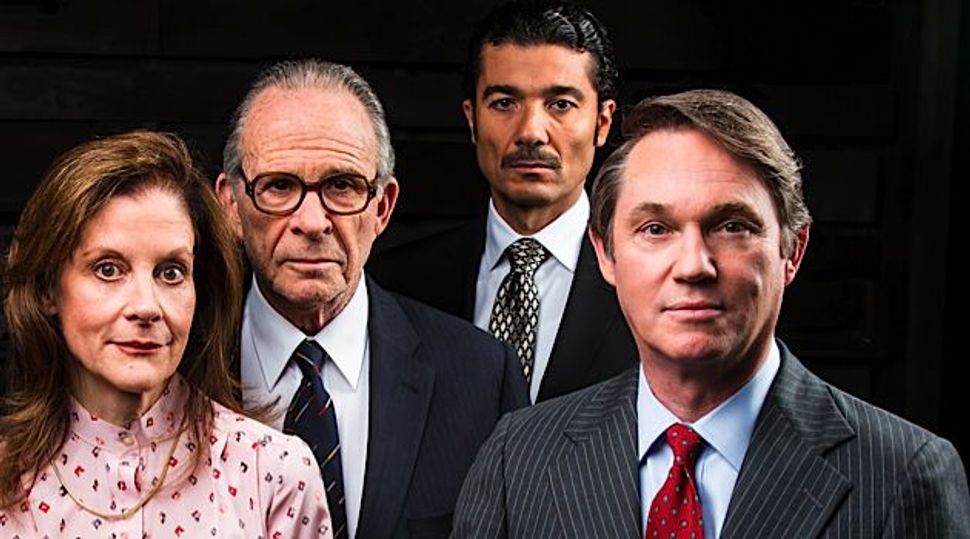 Nations don’t make peace, people do. That fundamental rule of foreign policy is at the crux of “Camp David,” Lawrence Wright’s new play about the 1979 Israel-Egypt peace negotiations, which is receiving its world premiere at Washington’s venerable Arena Stage at the Mead Center for American Theater. Wright, the Pulitzer Prize-winning author of “The Looming Tower: Al Qaeda and the Road to 9/11,” has spent his career reporting from and on the Middle East, immersing himself in its culture and age-old conflicts.

“I’ve been in the Middle East enough to realize how significant Camp David is,” Wright said last month during a stopover at Arena Stage, where he was observing rehearsals.

“To say this is one of the most important stories to put on our stage is a complete understatement,” said Artistic Director Molly Smith, who commissioned Wright to write the play. “For 13 days, 35 years ago, three world leaders exhibited the courage to risk their careers and their nations’ standings on the world stage in an effort to forge a peace agreement.”

Wright sees this unparalleled moment in 1979 and the resulting peace between Israel and Egypt as a model to be emulated.

“Camp David,” said Wright, “is the example of how peace can be made. It’s endured and it’s the basis of all our foreign policy.”

And Wright contends that it can also be the source of compelling onstage drama. Of former President Jimmy Carter, former Israeli Prime Minister Menachem Begin, and former Egyptian President Anwar Sadat, Wright said, “These were interesting characters. As a writer it always makes your job easier when you’ve got large-scale, conflicting characters who are engaged in a tussle and something really big is at stake.”

Wright is best known as a nonfiction writer, but he was also a co-writer on the 1998 Denzel Washington movie “The Siege,” and has written and performed two one-man shows: “My Trip to Al-Qaeda” and “The Human Scale,” inspired respectively by a trip to Gaza and by captive Israeli soldier Gilad Shalit.

Smith approached him to write Camp David for the theater’s American Presidency Project, which explores the lives and legacies of presidents. “Larry… tackles complex issues for our time,” Smith said. “He brings a perfect combination of humanity and journalistic integrity to Camp David [and] takes us inside to show us how peace agreements are actually forged.”

The play’s cast features Richard Thomas as Carter and Ron Rifkin as Begin. Egyptian actor Khaled El Nabawy plays Sadat, and Hallie Foote takes on the role of Carter’s most trusted adviser, his wife Rosalynn. Wright spent time with the Carters at home in Plains, Ga.

“I thought I knew Carter pretty well,” Wright said. “I had met him briefly in the past. I was very struck: There’s a mix of pridefulness and humility inside Carter and these two elements stir his personality more than anything. Practically the only American who had gone to Gaza was Jimmy Carter. It’s completely isolated, but Jimmy Carter had gone on and had negotiated with Hamas over different matters. He had a cockiness and self-assured nature.”

Wright was a conscientious objector during the Vietnam War and took a job teaching in Cairo in the 1970s. He recalled that when former President Gamal Abdel Nasser died and Anwar Sadat came to power in 1970, “Sadat was seen as being a really weak bridge figure, but one of the very first things he did was clear out all [Nasser’s] cronies from the Egyptian government, and then he withdrew Egypt from the Soviet orbit.”

While Begin became a statesman late in life, Wright noted that as a youth he was far from a smooth and innocent negotiator: “In many ways Menachem Begin was the progenitor of modern terrorism simply because he succeeded [in his cause].” The Irgun, a Zionist brigade in pre-state Israel, the playwright continued, was a major factor in both driving the British out of mandated Palestine and driving the Palestinians into the West Bank and out of the territory Israel occupied in the 1948 war. “Begin [an Irgun member] was seen as being a fanatic. Ben-Gurion called him a ‘little Hitler,’” Wright said, “and yet he was the one able to bring about peace between Egypt and Israel.”

Signing that peace agreement was a revolutionary and courageous act, Wright contends: “They had been in conflict. They also had to make sacrifices maybe they didn’t fully appreciate when they came into Camp David,” said Wright. “I don’t think Carter thought he was going to lose the election if he committed to Camp David. He did lose and he was the first Democratic [presidential nominee since 1920] not to get a plurality of the Jewish vote. Yet he brought peace to Israel.”

Smith’s goal in directing the actors to bring these men to life is not merely imitation. “We want to discover the essence of each one of these characters, not the museum version but the beating heart.”

Thirty-five years after the Camp David Accords were signed, the region remains a hotbed of instability. Can peace prevail? “I grew up in the American South and watched the Civil Rights movement,” Wright said. “Now we have a black president. I grew up in the Cold War; it seemed like the world was going to be frozen forever until it was destroyed, now the Soviet Union is gone… Apartheid is gone. And now the tyrants of the Arab world are being rolled aside one by one. So don’t tell me things can’t change. Things can change and things can change for the better. And it can happen in the Middle East. It’s not an impossible problem; it’s a political problem. Political people will have to solve it, but they’ll have to find the courage to sell it to their own people.”

How ‘Camp David’ Peace Talks Became the Stuff of Drama