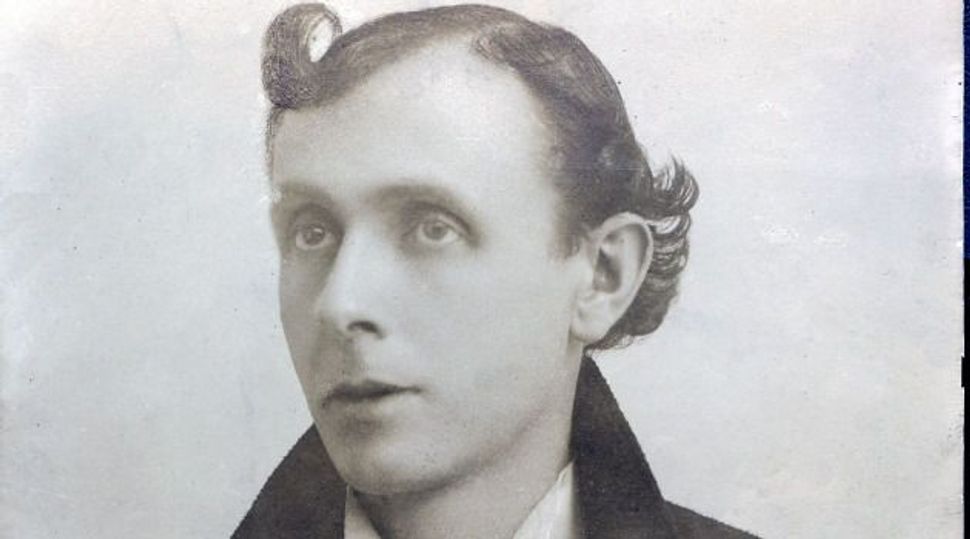 Musical Comic: Born in Odessa, Jacob Katzman established a reputation as a singer with the greatest stars in Yiddish Theater before settling in Sea Gate Brooklyn and opening a photo studio. Image by Katzman/Forward Association

Naked Boxer in a Mikveh

East New York doesn’t have all the amenities that Brownsville has, and the mikveh on Wyona Street organized a special carriage that delivers immigrant Jewish ladies to the Brownsville mikveh from East New York. The fancy, horse-drawn carriage even has a sign on the side, “Free Ride to the Wyona Street Baths.” Last week, an intruder was discovered sleeping naked in the mikveh. It turned out to be a local boxer, Patsy Holay, who was hiding out after having robbed 14 year-old Morris Shneersky of his family’s rent money. After being discovered by detectives, Holay ran out of the baths and into the yard completely naked — much to the delight of all the neighbors, who were watching from their windows. The police caught him, but brought him back to the mikveh to get his clothes. Then they placed him under arrest.

While one reads daily about the armies that Hitler sends out to conquer other lands and grab foreign territory, there is one army about which the world knows very little. This is the army of women — blond-haired German women whom the Nazis have sent across the world to work as dancers and prostitutes but are really Nazi spies. Many have been sent to the Middle East, to the English and French colonies. In Cairo, for example, the cafes, nightclubs and brothels are full of blond German women. Many claim to be Polish, Swedish or Hungarian, but everyone seems to know they are German. They are an advance guard of the German army, sent there by Joseph Goebbels, Hitler’s minister of propaganda, and are there to provide information on territories that the Germans hope to conquer.

The Soviet press has become even more strident in its criticisms of the packages of matzos being sent to the Jews of the USSR for the Passover holiday, going as far to say that these gifts are a cause for resentment on the part of gentiles. Soviet newspapers have demanded that Jews refuse to accept these packages. The articles in the papers describe the Jews as a foreign element in society, one with ties to World Jewry. The fact is that there is hunger problems in the USSR, and with Jews receiving holiday food packages from foreign sources, some jealousy on the part of non-Jews does exist. It should, however, be noted that the Soviet authorities foment this jealousy.