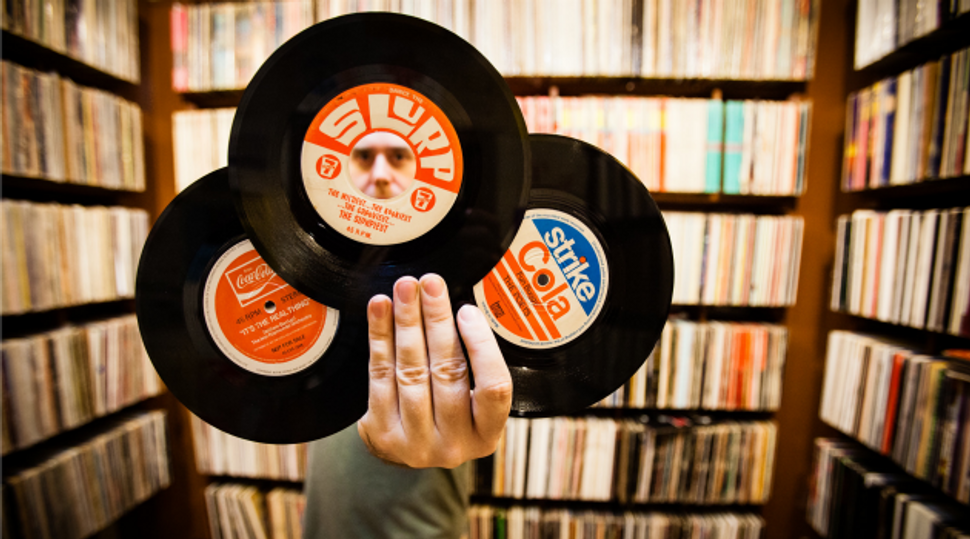 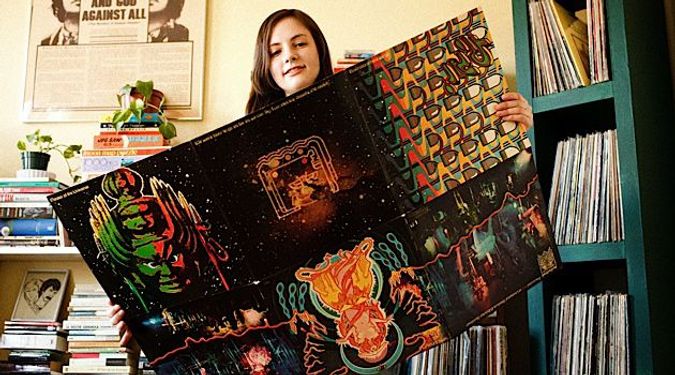 Every Collector For Herself: Magaret Barton Fumo poses with a prize from her collection for Eilon Paz?s ?Dust and Grooves.? Image by Eilon Paz

When Eilon Paz came to Brooklyn in 2008, he was looking for more work as a freelance photographer. Though he’d established himself in his native Israel shooting travel and food features, the move was hardly easy — he arrived at the height of the recession.

“I came here with nothing. I had no job. I didn’t have anything sorted out,” he says. “I found myself spending a lot of time in record stores. I had nothing better to do.”

After a while, Paz came to realize he was surrounded by big ideas in those record shops. You could crisscross the world’s cultures there and fill your head with words and sounds. Who were these buyers assiduously thumbing through all those bins of albums? he wondered. On a whim, he asked the owner of a tiny Brazilian specialty store in New York’s East Village to pose for a photo shoot. Joel Oliveira “was really outgoing, an exhibitionist,” Paz recalls. They had so much fun that Paz asked a second collector.

Soon he was building Dust & Grooves, a website devoted to vinyl aficionados and their beloved record collections, spanning Asian soul, honky-tonk, space rock, as well as bands from Michigan. 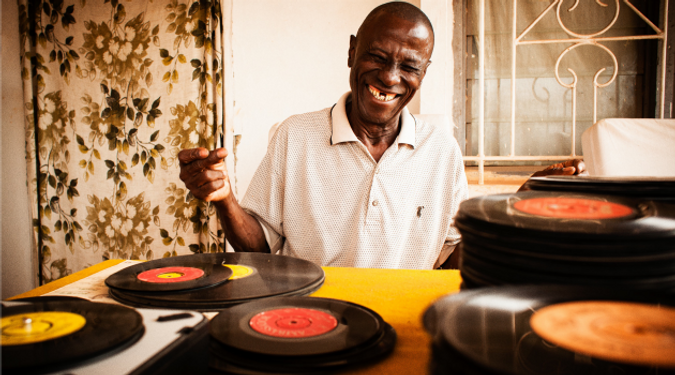 In 2012, Paz launched a successful Kickstarter campaign, raising $41,000 to fund a cross-country trip. Since then, he has traveled to Ghana, Australia and Turkey to shoot pictures of passionate record hunters. On April 19 — the latest date of the biannual Record Store Day celebration — Paz will introduce “Dust & Grooves: Adventures in Record Collecting,” a magnificent, 416-page coffee-table book featuring images of 130 committed record hoarders.

Despite the focus of his work, he says he’s not especially driven by the collecting bug himself. “I’m a casual collector,” he says. “I come from an admiring point of view.”

Growing up in a small Israeli desert town, Paz was amused and a little dumbfounded by his father’s esoteric collections of stamps and matchboxes. One day a newspaper reporter came by the house to talk to his father about his extensive stockpile of matchboxes.

“I saw how happy he was, really proud,” says Paz. “And I started to appreciate his dedication.”

After buying his first record at age nine (Paul McCartney’s “Pipes of Peace”), Paz began haunting record shops each time he traveled to the city. His interest quickly migrated from major ’80s acts such as Queen and Van Halen to the jazz-funk of Ramsey Lewis and Jimmy Smith. 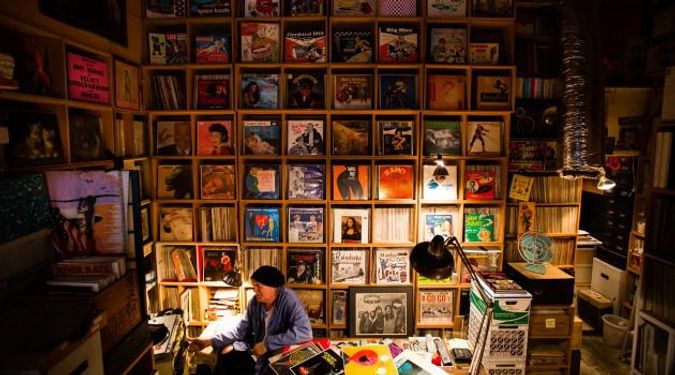 The collectors he has shot for Dust & Grooves come from backgrounds as varied as there are styles of music. In a suburb of Paris, Patrice Caillet looks for albums with covers defaced by their previous owners — for him, it’s a low-rent kind of folk art. Meanwhile, in a small city in Maryland, Joe Bussard has amassed a pristine collection of 78rpm records, earning a reputation as a world-class expert in old-time music. Another of Paz’s interview subjects, Ben Goldfarb — better known as DJ Scribe — runs a monthly New York City party called “I Love Vinyl.” Goldfarb was well aware of the Dust & Grooves website before he was featured there, he says. “Pretty much every feature, if it’s not somebody I know, it’s somebody I’d like to know.”

“I’m kind of a lightweight collector,” he says. “For instance, I have four old typewriters. I’m not trying to acquire hundreds of them.”

But the music is a different story. Goldfarb was a hip-hop DJ in college at Oberlin, and his crate-digging discoveries included everything from funk and disco and house music to psychedelic soul-jazz. He also has a soft spot for children’s records (the first record he ever owned was Marlo Thomas and Friends’ “Free to Be… You and Me”). And he has lots of Joni Mitchell. 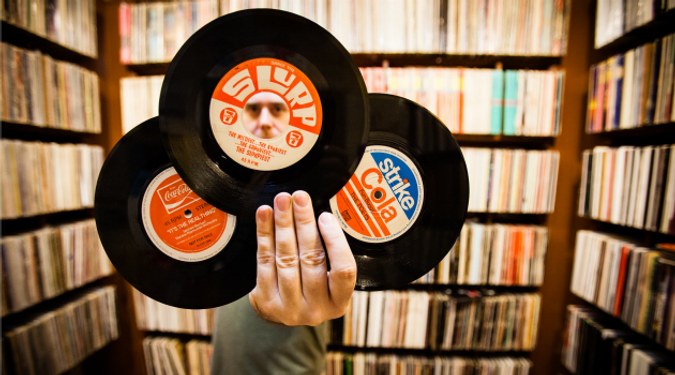 For Paz, Goldfarb is a good example of what he calls the “new-school” collectors. They’re often averse to the perception that record collectors are fussy perfectionists, keeping their discs in protective plastic sleeves and looking down their noses at digital music.

But the old-school and new-school collectors do share certain characteristics, he continues. “They’re all super smart, really meticulous about the information. They could all be experts about what they do.”

And one more thing Paz has noticed: “A lot of them have cats.”

James Sullivan is a Boston Globe contributor and author of four books, including a biography of James Brown.