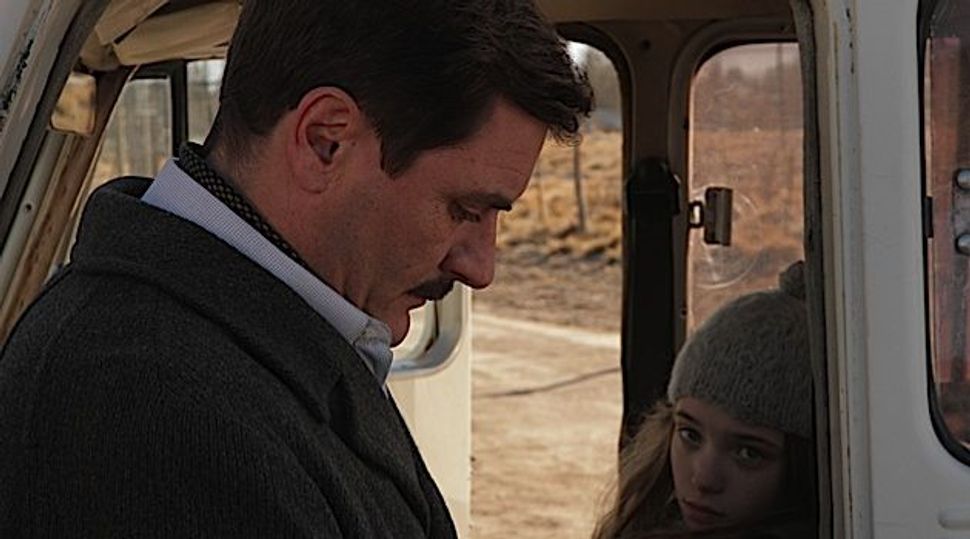 Fleeing His Past: Alex Brendemuhl as Josef Mengele and Florencia Bado as Lilith in “The German Doctor.” Image by Samuel Goldwyn Films

“The German Doctor,” a film that Argentinian filmmaker Lucia Puenzo adapted from her novel “Wakolda,” begins with a chance meeting: A mysterious, good-looking doctor and a teenager at a service station. Soon, the doctor is asking for directions, following her family through winding Patagonia roads to a beautiful vacation spot. While the doctor is based on Dr. Mengele, Puenzo, the 37-year-old daughter of Oscar winning Argentinian filmmaker Luis Puenza, said in a recent interview, when she wrote her novel and the script on which her film is based, she was actually more interested in the family and the experiments he performed on them than in the notorious doctor at Auschwitz.

How did you arrive at this subject?

An Argentinian family meets this stranger in the summer of 1960, in the middle of nowhere. When I was a teenager, I started to know about these stories that happened to Argentinian families. I wondered, how many Nazis were operating not only in my country, but in others on the continent. Governments opened their doors, arranged complicated matters for these Nazis to come. So I was more interested in this teenager, this family. The German Doctor was originally a novel, my fifth, Wakolda. I began to write it a year and half before I wrote the script not thinking of Dr. Mengele, but of the family.

So, you were not developing this material from a Jewish perspective.

Not so much. The Jewish community in Buenos Aires embraced this story. It was a huge success everywhere in schools and universities. They were the first to say, this is not just a Jewish story, but one that every community should be concerned about. Complicity. The whole society kept silent.

You refer to the original title, “Wakolda.” What does Wakolda mean?

Wakolda comes from the Mapuche, Indians from Patagonia. In the film the girl has a little doll named Wakolda, her alter ego, an imperfect doll. In the novel, there is a strong subplot of purity and mixed races. We are all people of mixed blood on our continent, but many thought this title was hermetic.

When you imagined this doctor performing growth experiments on the girl, surely you knew that Dr. Mengele was the most well-known of these German doctors?

I have been intrigued by the image of the German doctors during the war. He was at the core of the Nazi idea, to create a perfect race. Now we can look at it as part of history but it is the most omnipotent idea a person can have. For me, Mengele pinpoints the heart of the fanaticism. I found out he was not even a good doctor. Outside the concentration camps he had to hide in the most seductive manner, so you did not see a monster coming. These doctors could be perfect citizens for 40 years.

Many think Dr. Mengele should not be the subject of fiction. Did you have problems publishing your book or getting the film made?

The first reaction is, this material is very sensitive and we don’t want to get involved. Fiction with this subject! I think I will run in the other direction. In Germany, Vagenbach, my usual publishing house said we are going to pass on this one, without even reading it. Then the novel began to do well in other editions, they tested it with readers and historians, so, in the end, they published it with a bibliography, so you can see the sources. The film was very difficult to finance.

Why not make a documentary? Did that ever occur to you?

No. When I begin a novel, my invention starts with something true that I research. In Latin America there are many biographies of Mengele, very good ones. In the year and half that I was writing, I met with all the historians, not only those in Argentina. Whenever I traveled I would meet them. They gave me photographs; I had access to a special archive in the South of my country, to documentaries. I had a lot of interviews about how Mengele experimented with pregnant women, with children, even with Argentine cattle. He was obsessed with the twin phenomenon. He wanted our cows to breed twin calves and he made experiments. I have testimonies from people who knew him, who had taken growth hormones, but the family is fiction of course.

Mengele’s experiments and results are controversial. Should we use any of his medical research?

The growth hormone treatment that Mengele used was the same as used on Lionel Messi. Lots of treatments are aggressive. But Messi is the best player in the world so it was worth it. This is a provocative idea to throw on the table: It has to do with ethical dilemmas of modern medicine.

What do you hope to achieve with this film?

Whatever I hoped for has already happened. From Cannes in 2013, the film has never stopped having a life of its own; it is released in 35 countries. The novel has been published in as many. Hesperus will publish the novel in English titled, “The German Doctor.”