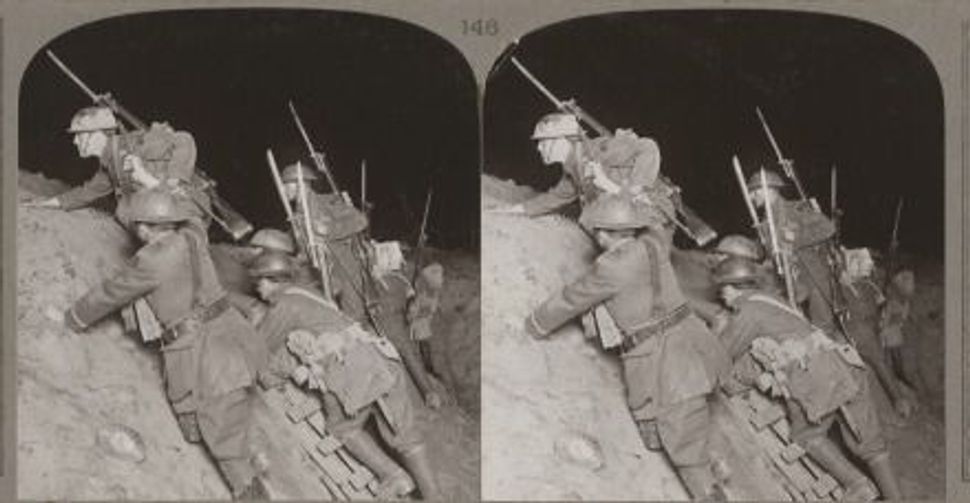 In the introduction to his new book, “Archduke Franz Ferdinand Lives! A World Without World War I,” Richard Ned Lebow discloses a poignant personal reason for his interest in counterfactual history. The professor of international political theory at King’s College dramatically recounts how, as a young infant, he narrowly averted being deported from Paris to Auschwitz in 1942, when his mother handed him over to a courageous French policeman, who proceeded to place him with a group of French Jewish women active in ferrying Jewish children abroad to safety. Lebow was eventually adopted by a Jewish family in the United States, where he grew up and pursued a career in academia. Keenly aware that his life “could easily have ended in 1942,” he has long been interested in how history might have been different.

Lebow’s study arrives exactly one century after the eruption of World War I. While most observers in the coming months will be focusing on the war’s origins and consequences, Lebow speculates on how its avoidance would have altered the course of history. In doing so, Lebow adopts a broad perspective, addressing not only how avoiding the war would have shaped world events, but also how it would have profoundly shaped the course of Jewish history.

“Archduke Franz Ferdinand Lives!” is based on the premise that if the Habsburg heir to the throne had escaped assassination on June 28, 1914, World War I never would have happened. In contrast to many scholars who argue that the war (or some comparable conflict) was probably inevitable due to the powerful forces of nationalism and imperialism, Lebow describes it as a contingent event that could have been avoided.

He persuasively argues that the relative willingness of Europe’s political and military leaders to risk war in 1914 would probably have disappeared a mere several years later. By 1917, Russia would have caught up to Germany and Austria-Hungary in terms of military preparedness, thereby eliminating the temptation of the latter powers to exploit their waning advantage against the former via preemptive military action. Had the Archduke been able to live long enough to succeed his father, Franz Josef (who died in 1916), the newly-crowned Emperor, a man long committed to peace with Russia, would not have permitted any future diplomatic crisis to escalate into war.

The consequences of avoiding war in 1914 would have been countless. Lebow outlines them not in one, but two, separate scenarios: the first producing a “better world,” the second a “worse world.” He explores both in depth, each of which hinges on the role of “Germany’s political development… as the principal determining factor.” (In the former, the country turns to democracy; in the latter, it doubles down on authoritarianism.) Readers interested in global history and international relations will appreciate many of the geopolitical details of Lebow’s competing scenarios, the first of which posits a more multi-polar, peaceful world, the second of which envisions ongoing international strife culminating in a European nuclear war.

Readers with an interest in Jewish history, however, will be intrigued to discover how Jewish life unfolds in these respective worlds. Not surprisingly, the two most important consequences involve the Holocaust and the creation of the State of Israel.

With regard to the former, Lebow essentially endorses Milton Himmelfarb’s famous mantra, “No Hitler, No Holocaust.” In Lebow’s imagining, without World War I, the tragic consequences of Germany’s defeat — including Hitler’s entry into politics, the rise of Nazism, and the eruption of World War II — never come to pass. To be sure, Jewish life is hardly utopian. Anti-Semitism persists in Eastern Europe (fueling ongoing immigration to both Western Europe and Palestine) as do pogroms. But on the whole “the Jewish population of Europe prospers.” In the United States, meanwhile, Jews (like blacks, women and other minorities) take longer to become accepted into American society, which is less tolerant than it later became in real history. Lebow thereby points out the silver lining of World War II (which promoted social integration through military service) and the Holocaust (which underscored the danger of racial hatred).

Lebow’s discussion of Israel’s fate in a world without World War I is somewhat murkier. He explores several different scenarios, but he seems to argue that, without the war (and its inevitable successor, World War II, together with the Holocaust), Jewish immigration to the Yishuv would have remained small, tensions with the Arabs would have remained muted, and European powers in the region would have been able to contain both Jewish and Palestinian national aspirations. No Hitler, in other words, no Israel.

At the same time, however, Lebow admits that “another route to Israel did exist.” In this scenario, the absence of World War I means that the Ottoman Empire neither suffers military defeat nor loses control over its Middle Eastern lands to the British. Eventually, however, the eruption of Arab nationalist revolts (similar to those in the Balkans before 1914) pushes the Ottomans out of Palestine and leads to the entry of European states aiming to fill the vacuum. Britain is the most influential and its actions end up facilitating the creation of a Jewish state. For when Jewish-Palestinian tensions explode into war, the absence of a Jordanian legion (which is never created, since Britain does not control Jordan after 1918) and the absence of an Arab invasion from Egypt (which Britain still possesses) allows the Jews to triumph. Tensions persist after Israel’s independence, but with a powerful British ally, its security is safeguarded. This is especially so because, in the absence of Franco-British colonialism, the region’s Arab states never become kleptocratic dictatorships or turn to radical Islam.

Lebow’s fantasy vision of a world without World War I deals not only with geopolitics, but also with social and cultural history. Compared to his intricately plotted survey of geopolitics, his speculations about the world of Western arts and letters come off as somewhat underdeveloped — being both too broad and too thin. But many readers will be amused to read about the careers of the German Jewish scholar and political consultant Henry Kissinger; the Russian Jewish science fiction writer Isaak Asimov; and the Hungarian Jewish physicist Edward Teller — none of whom end up immigrating to the United States.

The plausibility of Lebow’s counterfactual ruminations can easily be contested, and readers will surely find some more compelling than others. But therein lies the enduring appeal of alternate history. By challenging conventional views of the past with new and highly imaginative perspectives, wondering “what if?” forces us to revisit our prevailing assumptions and test them against alternatives. By reminding us about the dramatic possibilities that never were, we can better understand those that came to pass.

Gavriel Rosenfeld is professor of history at Fairfield University. He is the editor of “‘If Only We Had Died in Egypt!’ What Ifs of Jewish History from Abraham to Zionism” from Cambridge University Press.