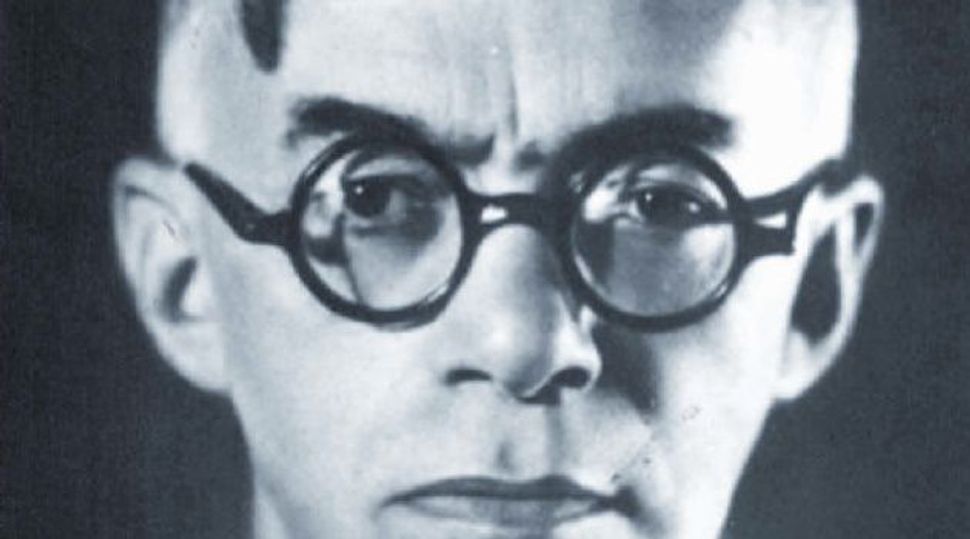 Controversial to the Last: Jabotinsky died in 1940 in upstate New York, but David Ben-Gurion refused for him to be buried in Israel. Image by Yale University Press

Vladimir (Ze’ev) Jabotinsky was a Zionist activist almost from the get-go.

He was born in 1880 in Odessa, Ukraine, a Black Sea city that was home to the 19th-century Jewish intellectual and literary elite of the Haskalah, the Jewish Enlightenment. He spent his early years as a journalist in Europe and in Russia; he mastered the art of the feuilleton — a newspaper essay, often satiric, that commented on arts and letters, news, societal gossip, and politics.

Jabotinsky was deeply shaken by the turn-of-the-century pogroms that convulsed Eastern Europe; the 1903 Kishinev pogrom spurred him into joining the Zionist Organization. He began organizing Jewish self-defense units across Russia.

During World War I, Jabotinsky supported the British — unlike some other Zionist leaders, including David Ben-Gurion, who supported the Ottoman Turks — and created the Jewish Legion to fight in support of Britain. As a founder of the Haganah, he trained former Legionnaires after the war to protect the Yishuv (as the Jewish community in Palestine was known) against Arab rioters. He was jailed by the British, and ultimately exiled from Palestine, for arms possession.

Impatient with what he perceived as the Zionist Organization’s accommodationist policies, Jabotinsky turned his energies toward creating a factional opposition within the Zionist movement. He insisted on “revising” the pragmatic approach of political Zionism, which was one of gradual land purchase and settlement-building. In 1923 Jabotinsky founded the “Revisionist” party — the Alliance of Zionists-Revisionists — in opposition to the Mapai, a socialist labor Zionist Party which dominated the Zionist Organization. Jabotinsky’s Revisionist ideology was basic: “Sh’nei g’dot la-Yarden,” or “There are two banks to the Jordan River” — and both are part and parcel of the biblical land of Israel. The sole purpose of Zionism, affirmed Jabotinsky, was the establishment of a Jewish state on both sides of the Jordan River. (Not until 1965, as part of a political deal, did Revisionism formally jettison its East-Bank Zionist pillar.) This goal was to be achieved by military force, if necessary. In sharp disagreement with Jabotinsky, much of the mainstream Zionist leadership, especially Mapai leader Ben-Gurion, demonized Jabotinsky to the end of his life, and after his death.

The Revisionist youth movement Betar, whose name is an acronym of “Brit Trumpeldor,” after the iconic Zionist fighter Joseph Trumpeldor, and references the last Jewish fortress in the Bar Kochba rebellion (132-136 C.E.) — was the heart of the movement. Betar was dedicated to creating a Jew dedicated to the principles of Hadar, or Jewish dignity — and Tagar, the struggle necessary to achieve Zionist goals.

Jabotinsky was a polymathic writer. Some will recall that it was his treatment of the biblical story of Samson that served as the basis for the 1949 Cecil B. DeMille epic “Samson and Delilah.”

Jabotinsky died in 1940, at Camp Betar in upstate New York. Ben-Gurion, whose hostility toward Jabotinsky — and toward Revisionists in general — was unremitting, refused to permit Jabotinsky a burial in Israel. Not until 1964 were Jabotinsky’s remains buried on Mount Herzl in Jerusalem, alongside other Zionist leaders.