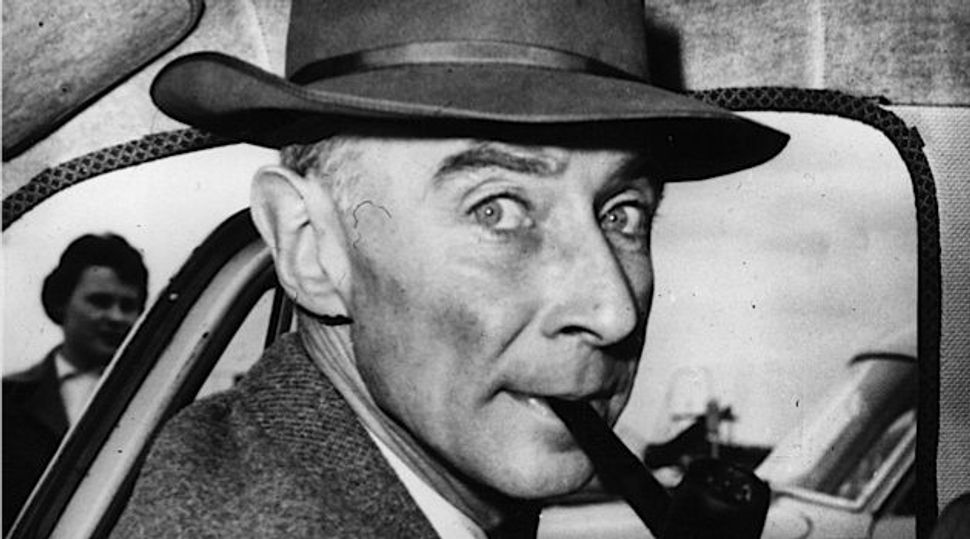 Father of the Bomb: J. Robert Oppenheimer lived on a New Mexico ranch before he began work at the Los Alamos laboratory.

Fancy some green chili in your matzo brei on Passover? Then you should go to New Mexico. Here are six things about Jewish New Mexico you should know.

1) New Mexico is home to many of the last crypto-Jews, who claim that their ancestors fled to Mexico during the Spanish Inquisition to escape persecution. Over the generations, these Jews were forced to practice their Judaism secretly, and today, retain in many cases only suggestive practices — such as lighting candles on Friday nights, refraining from eating pork, or keeping the Sabbath.

2) In 1881, the Jewish Community of Las Vegas, New Mexico, built the Montefiore Cemetery, one of the first Jewish cemeteries west of the Mississippi.

4) On Passover, according to Hadassah Magazine, some Jews here add green chili to their matzo brei.

5) At the age of 18, Charles Ilfeld arrived in Santa Fe from Bad Homburg, Germany. He emerged as a new pioneer, building a formidable mercantile emporium, the Charles Ilfeld Company, and becoming an exemplary member of New Mexico society. His company lasted through the 1950s.

6) Son of a Jewish textile manufacturer, Father of the Atomic Bomb, J. Robert Oppenheimer, lived on a New Mexico ranch before he began work at the Los Alamos laboratory. The first atomic bomb test was conducted in the desert, southwest of Soccoro, New Mexico.