Woody Allen’s ‘Magic in the Moonlight’ Will Be Forgotten Soon 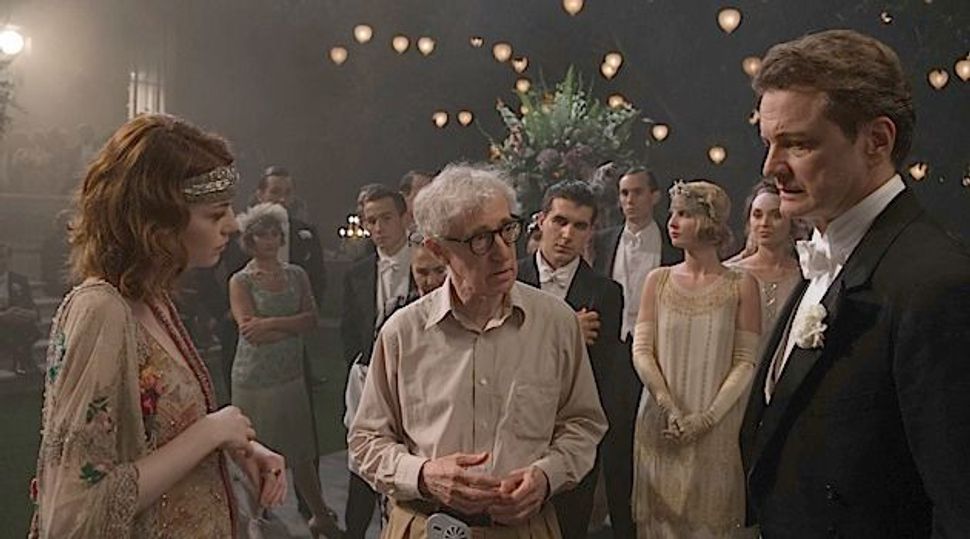 Woody Allen should have quit while he was ahead.

I admit it’s hard to say when that was. Would it have been in the late 1980s, after the dark and soulful “Crimes and Misdemeanors”? Was it in the late ’90s, after “Sweet and Lowdown,” starring an incomparable Sean Penn? Or was it earlier in this decade, after the light but charming “Midnight in Paris”?

One thing is for sure — it was before he made his latest movie, “Magic in the Moonlight,” and it was before he was accused, again, of molesting his adopted daughter, Dylan Farrow. You can debate the propriety of discussing Allen’s alleged misdoings in the context of his films. But if you want to argue that rotten people can also make great art, “Magic in the Moonlight” provides little evidence of that.

The movie is a period piece, taking place in Europe at the tail end of the 1920s. It opens at a performance in Berlin by the magician Wei Ling Soo, who is really an Englishman named Stanley Crawford (played by Colin Firth) exploiting the decade’s enthusiasm for chinoiserie.

It takes only a brief cabaret-side chat between Stanley and his friend Howard Burkan (Simon McBurney) to set up the plot and move the action to the South of France. There we meet the wealthy widow Grace Catledge (Jacki Weaver) and her son, Brice (Hamish Linklater), who are acquaintances of Stanley and Howard.

To both men’s distress, the Catledges have been taken in by a self-proclaimed medium, Sophie Baker (Emma Stone), and her scheming mother (Marcia Gay Harden). While Sophie seduces Catledge mère by channeling the widow’s dead husband, she is wooed by the clueless son, who serenades her on the ukulele. The mother pledges to set up a research institute for spiritual phenomena; her son promises yacht trips to the Greek islands and piles of clothing and jewels.

Like many real-life stage magicians, Stanley is not only an illusionist, but also a professional skeptic of the paranormal. And so it becomes his job to debunk Sophie’s dime-store mysticism and save the poor Catledges from their own gullibility.

By now you can imagine what happens next. Will the handsome Stanley and the beautiful Sophie — he a cynical rationalist, she a starry-eyed swindler — discover that despite their differences they actually have feelings for each other? Will those feelings be tested, and at some point seem hopeless? Will love eventually triumph, and will everyone live happily ever after?

Maybe a spoiler alert would have been in order before posing such leading questions. But it’s the movie, with its transparent plot, that spoils itself. It may be that Allen has mastered the art of screenwriting too well; this script feels like he wrote it in a trance, and not the kind where you channel the Muse. I imagine it could be a useful tool for teaching aspiring rom-com writers the basic formula on which to innovate. “Magic in the Moonlight” never gets to that second part.

It’s not all bad, of course. Visually the film is gorgeous. The Mediterranean scenery is exquisite, as are the country mansions and vintage cars. The acting is everything you could want it to be, especially by Firth and Eileen Atkins, who plays Stanley’s maiden aunt, Vanessa. And Allen himself can still supply witty dialogue here and there: “I always thought the unseen world was a good place to open a restaurant,” Stanley jokes. “Spirits have to eat somewhere.”

But none of this compensates for the tired plot, or for the tedious repetition of old tropes.

When it comes to a director as prolific as Allen, you expect some overlap, and that’s not a bad thing. The unmasking of a fortuneteller was a central plot point in “You Will Meet a Tall Dark Stranger” (2010), and references to stage magic popped up in movies like “Radio Days” (1987) and “Broadway Danny Rose” (1984). Both themes could have been perfectly delightful here if the rest of the movie weren’t so bad. But Allen’s other preoccupations have become wearisome, and even disturbing.

The philosophical heart of the movie lies in a series of questions that were already boring in the ’20s, and are even more so now. If God is dead and the material world is everything, can life have meaning? Is it better to be happy and wrong than to be miserable and right? Will love save us in the end? It’s not just that Allen has been asking these questions his entire career — it’s that the answers he’s arrived at are so self-serving.

For a long time there have been troublesome sexual and romantic themes in Allen’s movies. They were easy to brush off because of the masterpieces that he made, or because he’s old and out of touch, or because it didn’t seem to matter anymore. “Magic in the Moonlight” isn’t going to have a great effect on the culture either, truth be told.

But what once seemed like harmless foibles now appear in a more sinister light. Here, as in movies like “Mighty Aphrodite” (1995) and “Whatever Works” (2009), we have a beautiful younger woman pursuing an older man who seems not only oblivious to her charms, but also actively uninterested in them. When she finally breaks through, he has the power to accept or reject her, take her or leave her. It’s a juvenile fantasy in every way.

In “Magic in the Moonlight” the historical setting makes it worse. When Stanley gives a press conference about Sophie’s séance table success, he speaks for her. Sophie’s main consideration is marriage and, as if taking her cue from some 19th-century novel, snagging the best husband she can entice. She may have her wiles, but it’s the men who are in charge.

Granted, that’s how things were back then. And I’m not asking Allen, or anyone else, to tailor his films to fit contemporary mores. It’s perfectly fair — indeed necessary — to depict situations that are unjust. But “Magic in the Moonlight” is not the unmasking of injustice; it’s a fantasy of a time when it was acceptable.

This goes not just for gender issues, but also for racial and economic ones. There is the uncritical orientalism of Stanley’s stage persona and, despite a comment from Sophie about being from the working class, the conspicuous absence of working people. Even novelists like Henry James and Edith Wharton, whose upper-crust settings are evoked by Allen’s movie, also depicted servants.

Yet all is supposed to be well because the characters fall in love. And this, perhaps, is the movie’s greatest flaw. It’s a fictional enactment of Allen’s notorious line when he married Soon-Yi Previn, “The heart wants what it wants.” With all due respect to Emily Dickinson, from whom Allen cribbed that phrase, “The heart wants what it wants” is neither a recipe for moral behavior nor a good premise for a movie. Having love triumph completely against obstacles that were never formidable is boring. It’s when the heart wants but the heart doesn’t get — or at least, shouldn’t get — that compelling situations result.

These were once the movies that Allen made, even when it came to comedies. At the end of “Annie Hall” (1977), Woody Allen as Alvy Singer doesn’t get the girl. In “Manhattan” (1979) Woody Allen as Isaac Davis loses both the girl he had and the woman he wants. Even a movie like “Love and Death” (1975), a philosophical farce whose existential concerns prefigure the ones in “Magic in the Moonlight,” ends with an execution.

None of this, of course, is going to alter Allen’s reputation. He’s made enough great films at this point that he doesn’t have to worry about his legacy, at least from an artistic standpoint. Like countless other Woody Allen flicks from the past few decades, “Magic in the Moonlight” will be forgotten soon enough. Fortunately for everyone, not even a séance will revive it.

Ezra Glinter is the deputy arts editor of the Forward. Contact him at glinter@forward.com or on Twitter, @EzraG

Woody Allen’s ‘Magic in the Moonlight’ Will Be Forgotten Soon