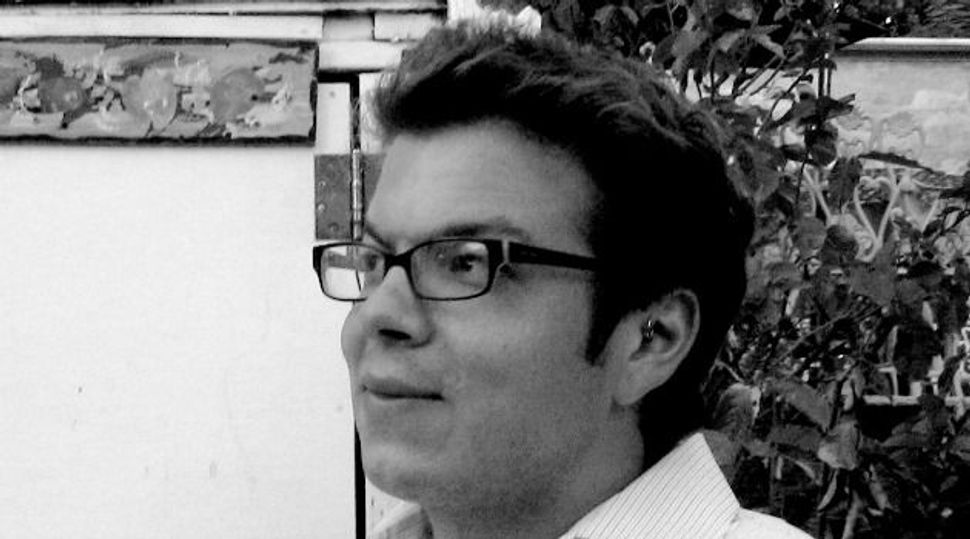 What is a novel? What purpose does it serve? In what way does the novel engage with the reader and what is the intellectual, emotional, dare I say, ontological texture of the exchange between the two? How much fidelity must a novel show to the literal truth of experience, to the real, in order to honestly and effectively render life as we know it on the page? What is the real, anyway? How much interference do our preconceptions, cultural assumptions, and sociopolitical contexts run between us and the actual? Why does reality so often seem so unreliable? Life is so confusing. Is it too much to ask a work of prose fiction to sort through the contradictions and paradoxes for us, to elucidate our difficulties and help us transcend our limitations?

These are the questions Ben Lerner wants us to think about while reading his novel “10:04.”

Throughout the book, Lerner teases the reader with the possibility that all or most or some or none of his story might be autobiography. In the first scene, the novel’s protagonist, “Ben,” and his agent eat a celebratory meal of “baby octopuses the chef [has] literally massaged to death.” His first novel has won him critical acclaim. He’s published a story in the New Yorker, and by promising to turn this story into a novel he’s now staring down the prospect of getting a “‘strong six figure’ advance” from one of the major commercial publishing houses for his second novel — the book that the reader holds in his or her hand.

Four pages later, in a scene in which he and his best friend, Alex, discuss her mother’s late stage cancer, he breaks out of the story to speak directly to the reader: “You may have seen us walking on Atlantic, tears streaming down her face, but our gazes straight ahead.”

Lerner is a poet and essayist as well as a novelist, and though he nods at times to the traditional tools of the novel — plot and scene and character — he doesn’t allow himself to be limited by them. Yes, things happen in the book. Story develops in muted, fragmented form:Ben and Alex, who wants to get pregnant, negotiate how he might donate sperm to the cause. He wanders around Brooklyn, and sometimes Manhattan, going to art openings and literary dinners and contemplating Walt Whitman, whose ghost haunts the book in a myriad of ways.

He struggles with how to navigate his relationship with a child named Roberto, who he’s informally tutoring about dinosaurs and writing. He takes a trip to Marfa, Texas, where for various reasons he fails to get any work done on his novel. But the structural logic and aesthetic tools “10:04” employs owe as much to poetics and criticism as they do to story, mixing into the narrative passages of art criticism and extended fragments of a poem (which, if flattened into sentences and paragraphs, would read similarly to the tone of the prose portions of the book) that the fictional Lerner is writing to avoid work on his novel.

The substance of the book consists of the fictional Ben debating, analyzing and elucidating in scene the various ways reality at times reveals itself as a fiction, and how fiction (or poetry or the plastic arts) at times open windows to the real, revealing it to be elastic, only as reliable as the meaning attached to it. In lieu of traditional plot, he presents us with scene after scene illustrating various ways that what we believe to be true often isn’t.

Through all of this, the reader is left to wonder what actually happened and what’s been made up. We know just enough — Lerner’s first novel, “Leaving Atocha Station,” was nearly universally lauded, and the New Yorker actually published the story entitled “The Golden Vanity” that the fictional Ben claims they published. The events of the world included in the book — its timeline includes both Hurricanes Irene and Sandy as well as the Occupy movement — occurred exactly the way they’re depicted. The book we hold in our hands in fact did get written.

Eventually, the difference between the lived life and the fictional life becomes immaterial. Whatever the actual truth may be, it becomes pointless to differentiate between the two of them. They’re both Ben Lerner. All that matters, in life as in fiction, is that you trust him.

Lerner is my favorite kind of realist. He forces the reader to question reality itself. Both he and his narrator are frustrated by the limitations of the novel — the way plot and story demand a formal tidiness that takes the reader on a journey away from him or herself and necessarily distorts authentic experience. Both Lerner and his narrator are equally frustrated by the way lived experience deceives. They want to interrogate the barriers between life and its aestheticized representation on the page. They want to utilize art to bring the reader into a new and different relation to life.

When, near the end of the novel, he and Alex survey the Manhattan skyline, darkened by a Hurricane Sandy-induced power failure Lerner writes:

“We saw a bright glow to the east among the dark towers of the Financial District, like the eye-shine of some animal. Later we would learn it was Goldman Sachs, see photographs in which one of the few illuminated buildings in the skyline was the investment banking firm, an image I’d use for the cover of my book — not the one I was contracted to write about fraudulence, but the one I’ve written in its place for you, to you, on the very edge of fiction.”

The distance between the fictional story contained within the book and the physical artifact the reader holds in his hands collapses completely, and with it, the distance between the reader’s aestheticized experience of reading the book and his lived experience of the city it depicts. Ben the character is displaced by Lerner the author who feels now like a guide to the reader’s own life.

As Ben, channeling Whitman, says at the end of the book, “I am with you, and I know how it is.” It’s an aspiration that poetry often tries strives for, one that contemporary fiction, with its focus on fantasy, otherness and information, has largely abandoned.

I’m not sure how “10:04” would read to a person less embedded in the terrain through which the novel wanders, that being, primarily, Brooklyn and the leftish literary and artistic scene that has taken up residence there in recent years — the same Brooklyn Whitman walked, just a little different. I suspect that someone of a less privileged socioeconomic demographic than I might balk at the idea of someone as entitled as Lerner reaching off the page to hold his or her hand and say “I am with you,” and I suspect that Lerner, so meticulously aware of the ironies contained in the struggle to be fully engaged in contemporary life, is conscious of this. But for this reader, the experience felt as though Lerner, in singing the song of himself, spoke for me and for many of the people I know, articulating our fears, our confusions, our hopes, our struggles to retain our integrity while we squeamishly engage in the capitalistic exchanges required to live.