Is Garment Industry a Relic of Yesteryear? 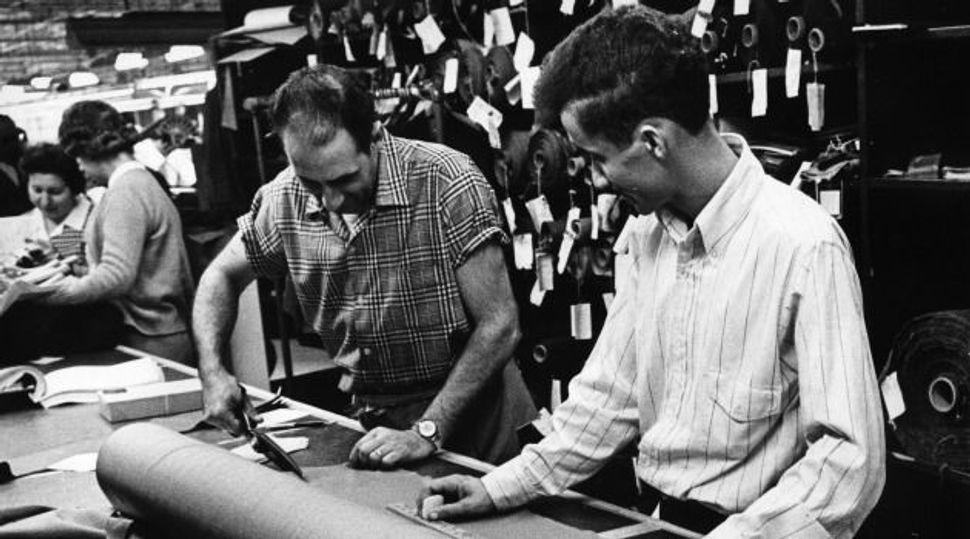 A lament: I can’t find a thing to wear. On second thought, let me amend that so that it reads more truthfully and accurately: I can’t find anything to buy — and it is not for want of trying, I assure you. My bellyaching has cause. As summer takes its leave, I eagerly peruse the latest issue of Fashion of the Times, as well as the hefty September issue of Vogue, and dutifully make the rounds of my favorite boutiques, all with an eye toward purchasing something new. But nothing, other than frustration, comes of my efforts. The items on display are either too short or too long; too expensive or too cheaply made; too outré, too ironic, or too earnest to pass muster. Where, oh, where, I wonder, has the well-made, attractively priced, handsomely detailed garment gone?

If “Dressing America: Tales from the Garment Center,” a recent documentary about the garment industry produced and directed by Steve Fischler and Joel Sucher, is to be believed, the kind of jacket, skirt, pant, dress or suit I am after no longer exists. It is a thing of the past, much like the garment industry itself.

An exercise in nostalgia, “Dressing America” goes behind the scenes and back in time to explore what rendered the garment industry a distinctive phenomenon, at once a business and a “culture, a way of life,” as the film’s narrator would have it. Much like the garment center itself, a chunk of midtown Manhattan real estate whose broad avenues and side streets were once entirely given over to the production and distribution of clothing, from the fancy showrooms at 1411 Broadway (known to everyone simply as “1411”) to the machinery repair shop on West 37th Street, the fast-paced film is composed of bits and pieces, of a peek here and a peek there. We meet fabric salesmen like Charles “Charlie” Edelstein, the moral center of the film, who has been in business for more than 50 years; Stan Herman, a longtime designer of women’s apparel; Jay Mazur, the equally longtime union leader; and the daughters of garment manufacturers who tear up at the memories of what their fathers had wrought.

From time to time, “Dressing America” acknowledges the many difficulties the industry has faced and continues to face: the frequent bankruptcies, labor woes, the presence of mobsters, the dire impact of outsourcing, the challenges of technology. But it doesn’t linger too long on these problems, choosing instead to train its sights on the colorful personalities — “characters straight out of a Damon Runyon novel,” we are repeatedly told — who, for several generations, inhabited this particular branch of the ethnic economy. An affectionate and warm salute to the apparel industry, “Dressing America” leaves us wiser about its inner workings and saddened, too, by the passing of what had been a Jewish phenomenon, through and through. The garment center, observed a manufacturer, was “like a small town. You couldn’t walk down a block — no, a quarter of a block — without running into someone you knew.”

Much of what is on view in this documentary has been echoed by Canadian Jewish garment manufacturers, past and present. Over the course of the summer, I had the opportunity to participate in Tent: Encounters with Jewish Culture, an inspired initiative of the Yiddish Book Center that brings together young Jewish adults with a shared professional interest in, say, fashion or food, screenwriting or comic books. Under the center’s aegis, networking has become a medium of community. The Tent I pitched had to do with fashion and was staged in Montreal, which, like New York, once boasted thriving garment and fur industries.

Over the course of the week during which we visited with manufacturers of fur coats and fur specialty items, children’s pants, underwear and shoes, among many other items, one theme cropped up time and time again: a sense of loss. Shaking their heads in bewilderment, manufacturer after manufacturer – each one an exemplar of the congenial, savvy, yet hardheaded, pull-no-punches “garmento” of yesteryear – gave voice to dismay when recounting how once-flourishing, independent family enterprises like theirs had given way to corporate America. “By the book” ways of doing business now supplanted those predicated on family ties and on personal relationships such as “schmoozing the buyers,” which these days is a big no-no. Rising labor costs, new tariffs, the weather (yes, the weather!), changing notions of what was acceptable to wear and what was not, accelerated their decline. Even now, years later, some of the manufacturers appeared to be a tad shell-shocked, not quite sure why, despite their careful attention to the bottom line, things had gone south.

The aspiring fashion designers within the group as well as those who intend on entering a still-vibrant family garment business were not fully prepared for these tales of gloom and doom. Each of the Tent’s Fashion participants was in search of affirmation; they received a caution instead. While they listened attentively, and even jotted down some notes, I wondered whether they took to heart the woebegone countenances of their predecessors and the doleful content of the stories they communicated. It’s hard to say. By week’s end, Tent’s latter-day fashionistas remained upbeat, confident they have their finger on the pulse of both contemporary fashion and corporate culture.

I hope they are right and that within a few years’ time I will find their labels on display, nestled alongside the stylings of Donna Karan and Ralph Lauren, Phillip Lim and Marc Jacobs.

In the meantime, I have nothing to wear.

Is Garment Industry a Relic of Yesteryear?