What Berlin Would Have Looked Like If Hitler Won 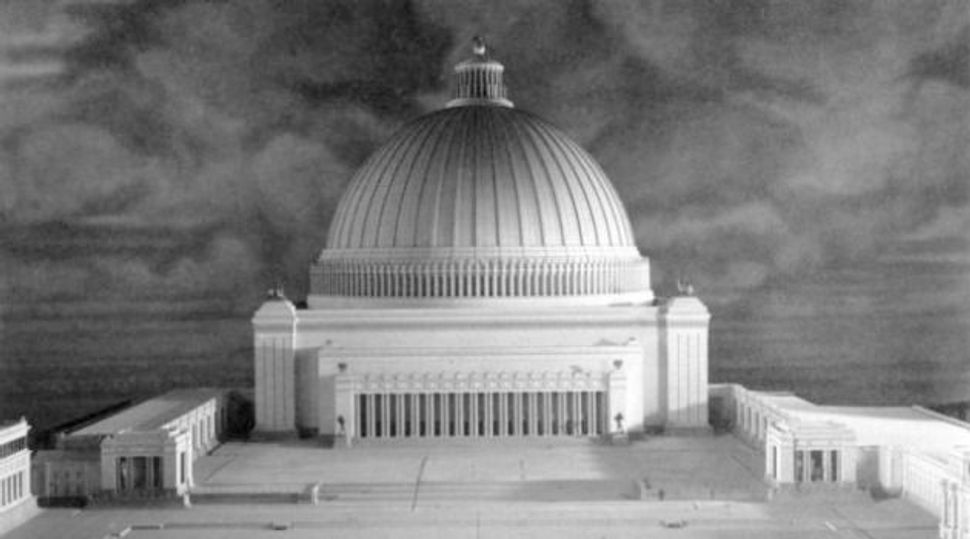 Adolf Hitler’s utopian plans to rebuild Berlin on a monumental scale were never realized, but the preparations that got under way involved demolitions and the use of slave labor – the victims mainly Jewish, as a new exhibition shows.

Masterminded by the Nazis’ favorite architect, Albert Speer, Hitler’s grand vision of a new capital for “Germania” required the clearance of swathes of Berlin, whose displaced tenants were moved into apartments freed by deporting Jews.

A museum inside Gesundbrunnen subway station in northern Berlin explores the ideology and the consequences of Hitler’s unrealized “Germania”, to the rumbling of underground trains passing through adjoining tunnels.

“This is not about ‘Germania’ as the hobby of a dictator,” said the exhibition’s curator, Gernot Schaulinski. “It’s about the intentions of such a project, the ideology behind it, and those who suffered because of it.”

A giant map shows plans for a magnificent boulevard, seven kilometers long and 120 meters wide, which was to be flanked by towering buildings which would celebrate Nazi prestige.

A 320 meter-tall “Great Hall” was to stand at the end of the avenue, dwarfing the neighboring Reichstag. Crowned with a 40-meter glass lamp, its green copper roof with an opening at the top was inspired by the Pantheon in Rome.

The district surrounding today’s Chancellery building where Angela Merkel works was destroyed to make room for the Great Hall. Relatives had to re-inter loved ones buried in cemeteries which stood in the way of the gargantuan boulevard.

The exhibition details how Speer, who was jailed for his role in the Third Reich until 1966, worked closely with senior Nazis and directly contributed to the terror of the death camps.

Speer ordered evictions in the demolition zones so building could be completed quickly once Germany had won the war. “Aryan” residents forced out were to move into 24,000 apartments formerly occupied by Berlin’s Jews.

In 1942, he supported the expansion of death camp Auschwitz-Birkenau as a destination for deportees. A diagram drawn by prisoner Rudolf Kauer shows the planned enlargement under “Professor Speer’s special program”.

To meet demand for construction materials for “Germania”, Hitler, Speer and SS military commander Heinrich Himmler agreed to use concentration camp inmates as manpower. The SS built the world’s largest brickworks in Oranienburg, a camp near Berlin where many inmates were murdered or died from the work.

What Berlin Would Have Looked Like If Hitler Won