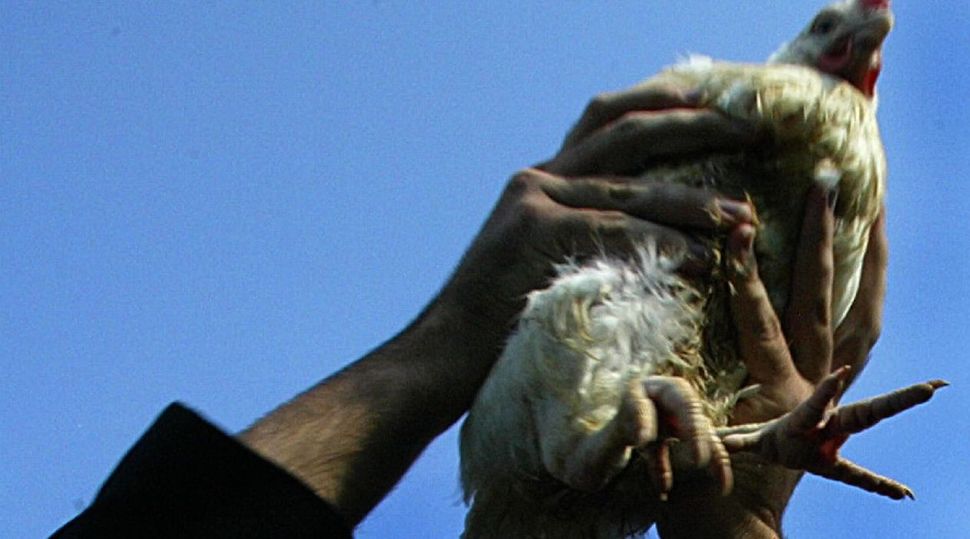 In the boyhood days when I was still a more or less observant Jew, I always hated fasting on Yom Kippur. It struck me as the least spiritual thing I could do, since the more the hours went by with my empty stomach gnawing away at me, the more I could think of nothing but filling it. This made the Hebrew phrase ha-se’udah ha-mafseket, used to refer to the pre-Yom Kippur meal, seem misplaced.

I’ll explain. Ha-se’udah ha-mafseket means, literally, “the terminating meal,” but Hebrew se’udah and its Yiddish derivative, sude, do not connote a simple meal; they generally designate a festive or celebratory one, as in se’udat purim, the traditionally merry lunch on Purim, or se’udah shlishit (Yiddish shaleshudes), the “third meal” of the Sabbath, a small repast eaten in synagogue to the accompaniment of study and singing as the day of rest wanes — and since the meal that terminates eating before Yom Kippur was never anything I cared to celebrate, whereas the meal that terminates fasting at the end of it definitely was, I judged se’udah mafseket to be applied to the wrong meal. I felt festive when Yom Kippur was over, not when it was just beginning.

But this is not how Jewish tradition views it. Although the se’udah mafseket is not part of the fast, calling it a se’udah rather than an aruḥ ah or ordinary meal testifies to its partaking of the fast’s solemnity. Just as it is considered a commandment not to eat on Yom Kippur, so it is considered a commandment to eat before it. There is no other meal of the Jewish year from which abstaining is held to be actually sinful.

An obvious explanation for this is that if one doesn’t eat before the fast, one endangers one’s ability to fast. Moreover, the rabbis observe, the verses pertaining to Yom Kippur in the book of Leviticus read: “On the tenth day of the seventh month [that is, Tishrei; in biblical times the first month of the year was Nisan] is the day of atonement…. It shall be to you a sabbath of sabbaths, and you shall refrain from eating on the ninth day of the month at evening; from evening to evening shall you keep your sabbath.” The Bible’s mentioning the ninth of Tishrei alongside the 10th, it is maintained, makes the ninth a kind of yom tov or holiday, too, so that the se’udah ha-mafseket should be treated as a holiday meal.

The post-Yom Kippur meal, on the other hand, has no special Hebrew name. In Israel it is usually called aruḥ at siyum ha-tsom, “the meal ending the fast.” In Yiddish it is known as opfastn, “breaking the fast.” (If this makes you wonder why the English word “breakfast” refers to what we eat each morning, the answer is that in medieval times, when “break” and “fast” merged into a single word, suppers were light meals eaten earlier than are the suppers we eat today, so that the time between the evening and morning meals was longer and more onerous than it is now.) As cheerful as the occasion may be, the meal that breaks the fast is, religiously speaking, an ordinary one.

“Have an easy fast” is the traditional common expression used by two Jews in parting on Yom Kippur eve or in the days preceding it. It’s an English translation of the Yiddish “[hot or hob] a gringn tones.”

This raises a question of social etiquette. If each of the two Jews knows that the other intends to observe the fast, “Have an easy fast” is both an appropriate and a caring thing to say. If each knows that the other doesn’t intend to fast, its use can only be ironic. But what if both are aware that one of them intends to fast and the other does not? Does the non-faster say “Have an easy fast” to the faster, or does he refrain from saying it because this puts the faster in the embarrassing position of either answering with an insincere “You, too” or revealing, by saying nothing, that he knows the non-faster isn’t fasting? And suppose a faster isn’t sure if his conversation partner intends to fast or doesn’t: Does he say “Have an easy fast” anyway, because not to do so would indicate that he suspects the other, perhaps wrongly, of not fasting, or does he not say it in order to avoid the risk of making the other uncomfortable if he really isn’t fasting?

It can be a delicate situation. Fortunately, there’s a way of avoiding it. One can simply part with the traditional ḥ atima tova or g’mar ḥ atima tova — “[Have] a good sealing” or “[Have] a good final sealing.” This refers, of course, to the belief that on Yom Kippur, the Book of Life in which our fate is inscribed for the coming year is shut and sealed, after which there is no longer any prospect of appeal. Since all of us, fasters and non-fasters alike, have our inscribed fates, ḥ atima tova is appropriate for everyone.

A ḥatima tova to you all!