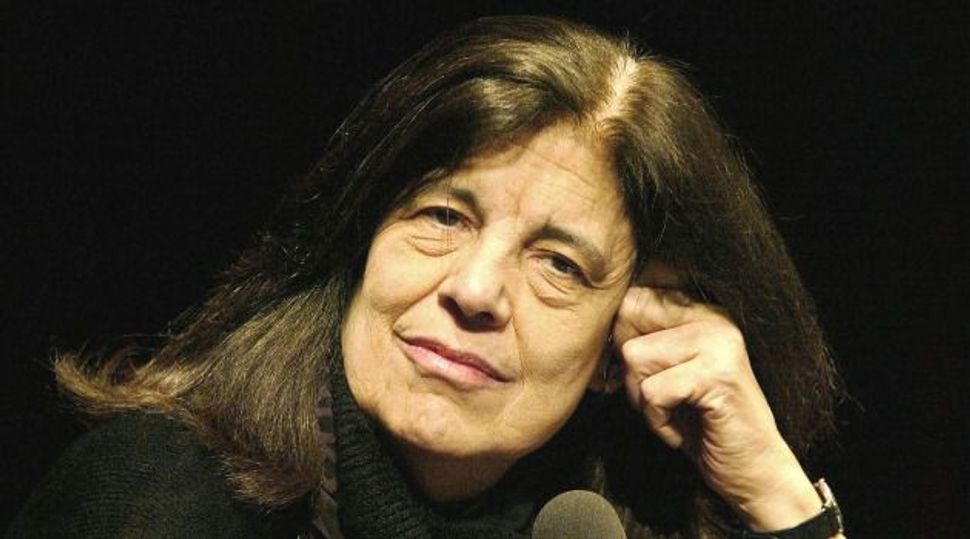 According to this welcome biography, which originally appeared in German in 2007, the artist Joseph Cornell believed that the American Jewish essayist and filmmaker Susan Sontag was the “great-great-grandmother of [French actor] Jean-Paul Belmondo… and had lived through the centuries in New York, wearing various disguises.” An element of Cagliostro, the 18th-century occultist who claimed to have lived for millennia, echoes in Sontag’s achievement in such books as “Against Interpretation” and “Illness as Metaphor” or the 1974 documentary “Promised Lands” about Israel after the 1973 Yom Kippur War, if only because of her undisputed erudition. Somehow, in a normal lifespan, unlike the mystical conjurer described in the fiction of Alexandre Dumas and others, she managed to read enough interesting books for several lifetimes and convey her enthusiasms about them.

Sontag’s actual life was more prosaic than her adventures as a reader. Born Susan Lee Rosenblatt in 1933 in New York, she became Sontag when her widowed mother remarried in Tucson, where schoolmates repeatedly called her a “dirty kike.” Schreiber, a German journalist out of his depth with many aspects of American life and letters, dubiously asserts that the name Sontag is “less Jewish-sounding” than Rosenblatt (perhaps to Germans?), and therefore would have offered more protection against anti-Semitic Arizonans circa 1945.

Very soon, Sontag would draw inspiration from a series of Jewish mentors and friends, or as Schreiber puts it, the “dominant, exotic European-Jewish father figure to whom Sontag was attracted throughout her career.” These include the political philosopher and classicist Leo Strauss and the sociologist Philip Rieff with whom she studied at the University of Chicago— she married Rieff at age 17. At Harvard, Sontag was taught by another sociologist, Jacob Taubes; his wife Susan’s fascination with the French Jewish philosopher Simone Weil inspired one of Sontag’s ardent campaigns to get the American reading public to heed hitherto overlooked writers and thinkers. Her publicization of ”the achievements of such authors as Walter Benjamin, Elias Canetti, Paul Goodman, and Leonid Tsypkin, who wrote the novel “Summer in Baden Baden,” are among Sontag’s most sympathetic labors.

While respectful of literary elders, Sontag had an ironic attitude toward a few “dominant, exotic European-Jewish father figures” such as French Jewish philosopher Jean Wahl, whom she met in Paris in 1958. The septuagenarian Wahl, who had escaped from Drancy internment camp during the Nazi occupation, was mocked by Sontag for having “three holes in his pants through which his underpants were visible.” By the time she moved to New York in 1959, her Jewish influences were her contemporaries, often gay writers including the novelist Alfred Chester, poet Richard Howard and film critic Elliott Stein. The last-mentioned apparently inspired Sontag to write her 1964 essay “Notes on ‘Camp,’” which, if necessarily of its time, still has value as a cultural artefact today.

As Sontag’s celebrity grew, she became the target for vehement naysayers, including the critic Robert Brustein who in 1971 termed her a “fairy princess of the kingdom of cultural schizophrenia.” Another critic, Philip Rahv, loathed her francophilia — and Irving Howe felt that her main skill was in public relations as a fabricator of “skilfully rebuilt versions of aesthetic notions long familiar and discarded,” whose readers “have discarded or not acquired intellectual literacy.” Which amounts to saying that she was what the French call, without pejorative meaning, a vulgarisateur, someone who popularizes things, surely a noble task for literary journalists.

These putdowns aside, Sontag’s output could be uneven, especially as a filmmaker and playwright. Yet some of her work still resonates today. “Promised Lands,” with its focus on mystical life in a war-torn land, may have ultimately led to her being awarded the Jerusalem Prize in 2001, even if it was not welcomed in Israel in the aftermath of the tragic conflict. Film reviewer Stanley Kauffmann saw “Promised Lands” as “Hegelian” in not displaying a “struggle between truth and falsehood but between two opposing, partial truths.” In doing so, Sontag relied on filmed testimony on Arab anti-Semitism by Israeli physicist and politician Yuval Ne’eman, and writer Yoram Kaniuk, an advocate of Palestinian rights.

With such solid, complex accomplishments, Sontag’s personal charisma may have stood in the way of objective estimations of her work. Knowing Sontag personally may in fact have obfuscated appraisals of her books, as in “Sempre Susan: A Memoir of Susan Sontag.” It is written by Sigrid Nunez, who as an aspiring writer decades ago moved in with Sontag and Rieff and then seemed surprised and dismayed to find herself living with Sontag mère and fils

Schreiber is a German arts journalist who was in his 20s when he originally wrote this biography. Since he has no ties to Sontag or the New York literary scene, he is free from partisan politics if also somewhat clueless about American literary and cultural values. Despite prose of Teutonic stolidity alternating with fanzine-style gush, “Susan Sontag: A Biography” is a useful complement to the only previous biographical attempt, the decidedly debunking “Susan Sontag: The Making of an Icon” (2000) by Carl Rollyson and Lisa Paddock.

Whereas she often attracted this type of dissing, Sontag could also merit plaudits, especially when she was in a charming mood. My only personal encounter with her was at Cooper Union well over a decade ago. The event was an homage to Polish poetry, and a reading of poems took place, including some I had co-translated many years before. The only reader to credit the translators was Sontag, and as I was standing near her after the event, I took the opportunity to thank her for taking the trouble to do so. She grinned and said, “Oh, I like translators!” This disarming, and exceedingly rare, enthusiasm was part of the delight of Sontag that captivated decades of otherwise cynical and self-seeking literati. If some still remain immune to her charms and talents, which definitely exist, it hardly matters — if Joseph Cornell was right, her aura will still be around centuries from now, further bewitching readers and audiences.