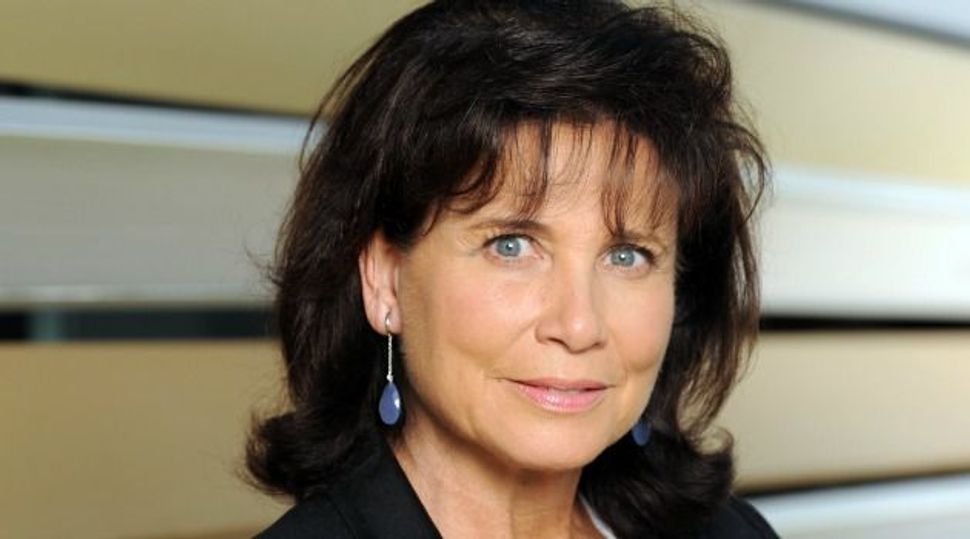 ‘I’m a woman, I’m French, I’m Jewish, I’m a journalist, and I’m the granddaughter of my grandfather.” Anne Sinclair, 66, sipping a cappuccino at the Peninsula Hotel on Manhattan’s 5th Avenue, says that she has many identities, and now wants to put together “the pieces of her origin.”

In the francophone world, she is perhaps best known as the host of the Saturday night political show “7/7” from 1984 to 1997 (“I made more than 500 interviews”), and, since 2013, as the head of Le Huffington Post (“an unpronounceable name for most French people”). Tabloids throughout the world know her as the ex-wife of Dominique Strauss-Kahn, the former managing director of the International Monetary Fund who resigned in 2011 after allegations of sexually assaulting a hotel employee.

In the art world, she is recognized as the heir to the collection of Paul Rosenberg. As an art dealer, her maternal grandfather had “première vue,” or a right of first refusal contract with Picasso, Braque and Matisse, and fostered their development until he had to flee to New York in 1940. Around 400 of his paintings were looted.

Sinclair, who said she knew that she wanted to be a journalist at the age of 10, started researching her family history in 2010 (“It was time to look back and give it a tribute”). This included reading the 214 letters Rosenberg wrote to Picasso between 1918 and 1959, the year Paul died. Two years ago, her family memoir “21 rue La Boétie” was published in French; the English translation “My Grandfather’s Gallery” came out in September.

“It’s not a real biography, it’s not a work from a historian, it’s not a work from a specialist of art. It’s an impressionist book to light up a character,” Sinclair said of the book during an interview in New York with the Forward’s Anna Goldenberg. She also talked about having foresight, why her grandfather didn’t like the Western Wall, and why couples can forgive each other for having affairs.

Anna Goldenberg: You have been a journalist for decades. What’s the most memorable interview you ever conducted?

Anne Sinclair: Gorbachev was an incredible memory. It was at a time the USSR was falling apart, one week before he resigned… I made one with Woody Allen, which I loved. I had the impression he was coming out of the movie, like in “The Purple Rose of Cairo.” In this movie, you have the hero, who walks out of the screen. And I had exactly the same feeling. He was so shy, looking at his hands… I did one with Madonna, which was not very pleasant because she was not nice. And I did one with Helmut Kohl, which was wonderful. He was almost crying. He wanted to be so European to prevent war again and to prevent Germany from their devils — and that was very moving.

Having conducted so much research about him, if your grandfather was still alive, what would you most want to talk to him about?

I’d like to talk to him about two different topics. First, modern art, because everyone has a limit to one’s modernity. I’m not sure he would have liked painters I like myself, such as Rothko, de Kooning or Pollock. I know he would have hated pop art, which I don’t like especially either. So I would like to ask him what eye he would have on the two generations since he died.

And second, about the war. Now you know exactly what happens on the planet the minute it happens. It seems so weird for me that in 1942, here in New York nobody knew exactly what was happening in Europe — nothing about extermination of Jews, nothing about looting art. When he wrote to the Vichy government to protest his denationalization, it’s surrealistic and it’s naïve but I can understand now. “I’ve been a French citizen, I’ve been in World War I, I’ve been Légion d’honneur, I’ve been a very good citizen of France, I’m born in France — how come I’m denationalized?” He wanted to argue as if it was rational, and of course it wasn’t. And he didn’t take the measure of what was happening in Europe. Now I would like him to have a look back and see how Europe was all upside down while he was here in the United States not knowing about this.

But he had enough foresight to get out of France in 1940.

He had enough foresight to anticipate a little bit. He had been very adamant about not buying what the Nazis called “degenerate art,” even if the works were sold at incredible prices. There were so many paintings the Nazis wanted to get rid of, but my grandfather said no, not a cent to the Nazi government, because it will come back as bombs on our heads. During what we call the Phony War in Europe, between 1939 and 1940, when nothing happened, they were in Bordeaux, and thought they would be safe. But when the Nazis invaded in May 1940, he knew he had to flee because he was on the blacklist. The day after the Nazis came to Paris, they came to the gallery to arrest him, and he was no longer there.

Your grandfather had an interesting relationship with Judaism. After he visited Israel, or Palestine, in the 1930s, he writes, “I’d rather complain in Paris than wail like my fellow Jews by the wall.”

He felt as a Jew but he was not at all observant. On Yom Kippur, he didn’t smoke, which was very, very hard for him. Not smoking was even more difficult than not eating. He was part of what we were calling Israelite in France, which referred to families who were assimilated and wanted to be plainly French — even if they came from abroad, and his family came from Bratislava. The generation after the war, like my mother and father, were Jews normally, but weren’t very conscious of their Jewishness either. My generation wanted to catch up. I’m not especially religious or observant, but I feel completely Jewish. And we wouldn’t say Israelite anymore. In fact, we say revendiqués, which means that we claim to be Jewish. That’s the difference to the generation of my grandfather. He didn’t hide anything but thought he would be protected by the République française [the French state].

And you don’t feel that protection anymore for yourself?

Yes, I do, I do but I know that anything can happen again, in any country with any Jew. There are a lot of things that are said now about anti-Semitism in France, and I want to say that it’s been amplified a lot by the media. Of course, it’s a concern. Of course, there’s a new anti-Semitism coming out, which is not the one of the ’30s. The taboo is over, and now people can say bluntly that they are anti-Semitic. But there’s also an anti-Semitism coming from the extreme left who are close to Palestinians, and there’s more from boys and girls in suburbs who feel they are excluded from the nation. I think it’s more a social reaction than a real anti-Semitism. The main difference with the old days is that there is no anti-Semitism coming from the state. All the authorities are very much against it. So, I won’t say France is anti-Semitic. There are some places where it arises again. But when all the newspapers abroad say that Jews are fleeing out of France, it’s not true. Some families that live in the suburbs and don’t feel comfortable move, but it’s a minority of the French community, most of which feels very much integrated.

When you researched your family history, you found out that your grandmother most likely had an affair with one of her husband’s competitors. How did you decide to include that in your book?

I wondered whether I should tell the story, but it’s 80 years ago and every protagonist is dead. So I don’t think it was very harmful. Moreover, I’m not absolutely sure there was an affair. It was a sentimental thing but I don’t know if it was a real affair. It was just to show two things: In all couples you have a problem that somebody has a crush on another one — it’s common now. But my mother, who died seven years ago, never spoke to me about that, like it was a shame on the family. It was not a shame. My grandfather was a wonderful man, but he was a natural loner, and quite serious, probably boring. My grandmother was a very beautiful woman. She wanted a more fun life, and she thought she could have something else than a husband who was working so hard and was very serious. I don’t blame her and I don’t blame him.