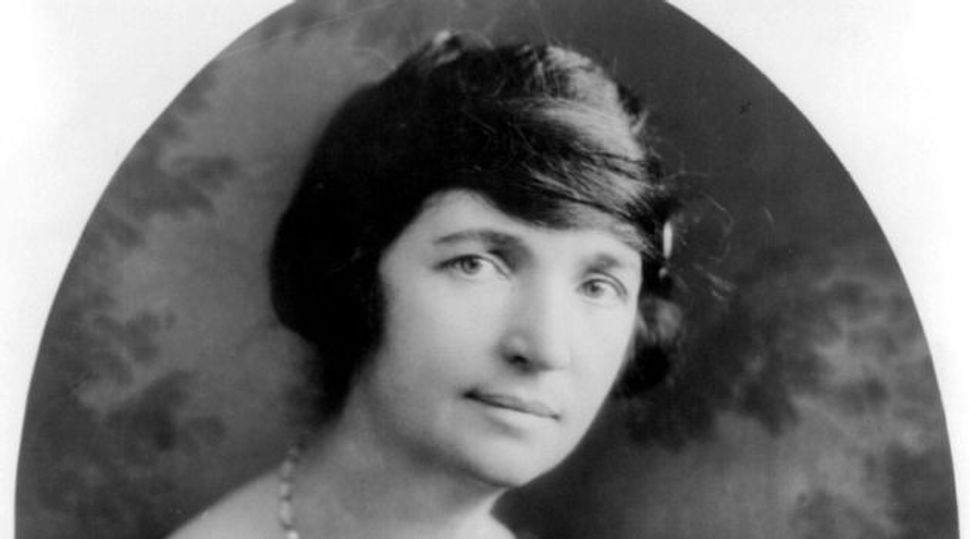 Sex and the Septuagenerian: Margaret Sanger was already in her seventies when she began work on the pill. Image by Wikimedia Commons

Jonathan Eig is The New York Times best-selling author of “Luckiest Man,” “Opening Day,” “Get Capone,” and now, “The Birth of the Pill,” about the race to produce the birth control pill. Before writing books, Eig worked as a reporter for The Wall Street Journal, Chicago magazine, The Dallas Morning News and the Times-Picayune. He has appeared on NBC’s Today Show, NPR, and The Daily Show with Jon Stewart.

That’s the official version of Eig. But the real guy — and he’s not just another one of those wildly successful, Oprah-snubbing Jonathans — is in fact a decent, self-effacing, normal Jonathan, who just happens to be a New York Times best-selling Jonathan. Recently, we sat down to talk about his journey from Lou Gehrig to the pill.

Pamela Cytrynbaum: So, Lou Gehrig, Jackie Robinson, Al Capone and the pill? Remember that Sesame Street song, “One of these things is not like the others?” What happened? DId you write this because your wife said, “Dude, you’ve got to write for the ladies?” Or being the father of two daughters got you thinking about birth control?

Jonathan Eig: I could tell you that I picked this subject because of its importance or because the birth of my second daughter woke me up to the importance of birth control, but the truth is it was my wife’s idea. She told me I should write a book women would want to read. I tried not to take this personally, and failed. She had a point, since women buy something like three-fifths of all books. So I tried to think of a subject that mattered to women — mattered even more than Al Capone, that is. I remembered hearing a speech about the birth control pill. The speaker made a compelling argument for the pill as the most important invention of the 20th century, but he never said who invented it, or why. As I thought about it, I became curious. Why would anyone work on a birth control pill in the 1950s? Men controlled government, science and industry. What incentive would men have had to invent a product that empowered women, gave them control over their bodies, gave them more sexual freedom, and gave them a shot at greater equality? It didn’t make any sense, especially when you consider that it was still illegal in most places to disseminate information about birth control. When I began looking into it, I was blown away by what I found. Margaret Sanger was in her 70s. She’d just about given up on her dream of a magic pill that would let women turn off and on their reproductive systems. Every scientist she ever spoke to said it was impossible, a fool’s mission, and they presented a long list of reasons it couldn’t be done. Then she met Gregory Pincus, or Goody, as his friends called him. Pincus was fired from Harvard in the 1930s because he was working on in vitro fertilization and it scared people.

He was a bomb-thrower, a radical, a guy who would try anything. He was working out of a garage when he met Sanger. With nothing to lose, he told Sanger that if she could come up with the money he’d come up with a pill for her. That’s when I fell in love with this story. Sanger meets Pincus, and the quest begins. It’s a story of fighters trying to change the world in the biggest possible way, to do the impossible, to change something so fundamental — sex, love, marriage, the way our species reproduces — or doesn’t. OK, so it’s not a sports book. But in a way it’s like “Rocky,” right? It’s a story of underdogs rising to the greatest challenge of their lives. Except it’s better than “Rocky” because it has greater consequences and more sex. Way more sex.

So, the book was your wife’s idea. I knew it. Was she in your head as your audience? You dedicated it to her. Were you writing to her? Or did you have a more general audience in mind?

My wife and my mother were definitely in my head as I wrote this. But then again they’re always in my head. They’re very smart women, and after an initial period of resistance and resentment, I always listen to what they say. I did show some of the chapters to my wife, as well as to my friend Marci Bailey, both of whom gave me great feedback and pointed out to me where male bias might have been affecting my take on certain events.

What made you know you understood something essential about this story, these people?

I fell in love with the characters first, and that made the difference. I was worried about writing a book without action in the traditional sense. No ninth-inning home runs. No drive-by shootings. But my characters were so fascinating and so passionate; they carried the action for me. The stakes were incredibly high for Sanger, Pincus, [Katharine] McCormick and [John] Rock. They knew they only got one shot at this and everything had to go right. If they could invent a pill that worked, how would they test it? If they tested it, how would they get it approved? The obstacles were endless. And one nice thing about writing about science is that scientists, unlike baseball players and gangsters, take notes and make a record of everything. They also write a lot of letters. I had far more material to work with than I had for my other books. I also had four compelling characters, each one of them fighting for attention. Most readers know something about Capone or Jackie Robinson or Gehrig. They came to those books looking to learn more, or to learn the truth, as opposed to the many myths. In this case, most people don’t know anything about Gregory Pincus.

What or how does this book contribute to or have an impact on the hot-button issues of abortion and birth control? What part would you like your book to play in those discussions?

I didn’t write this book to make a political argument; I wrote it to tell a fascinating story about how one of the most important inventions of the 20th century came to be. But of course I knew the book would lead to discussions about birth control and abortion, subjects that remain as controversial now as they were in the 1950s, if not more controversial. Readers will draw their own conclusions, but I hope the book will help them think about what the world was like without the birth control pill and how hard women like Sanger and McCormick had to fight to get it. I hope when people read this book they’ll see that while the pill is far from perfect — and we should still be working to find better methods of birth control — it marked one of the most important milestones in human history.

You make several references to the impact of the ever-present fear of Jews. Am I over-identifying by feeling like birth control history was made and/or transformed because of this fear? How big a part did it really play?

History is always a string of unlikely and seemingly unconnected events. As a Jew, Pincus was always an outsider, which enabled him to pursue scientific interests beyond the mainstream. When he began experimenting with in vitro fertilization, the press depicted him as a dark, brooding demon. They compared him to Frankenstein. Then, when he was denied tenure by Harvard and couldn’t find another job — no doubt in part because of anti-Semitism — he became even more of an outsider, forced to operate on the fringes of the scientific establishment. He was not particularly observant as a Jew, but his outsider status definitely set him on this path where he was willing to take on a project no one else dared touch. He had nothing to lose.

What do your kids tell people you do for a living?

My kids know I write books. It’s nice to have a job that’s easy even for a 5-year-old to understand, although she’s not quite clear yet on the intricacies of the hormonal birth control pill and its importance in world events.

So, when it’s time to give your daughters the big sex talk, are you just gonna hand ’em the book and say: “It’s all in here, ladies?”

Nah. I’ll tell them to go on the Internet.