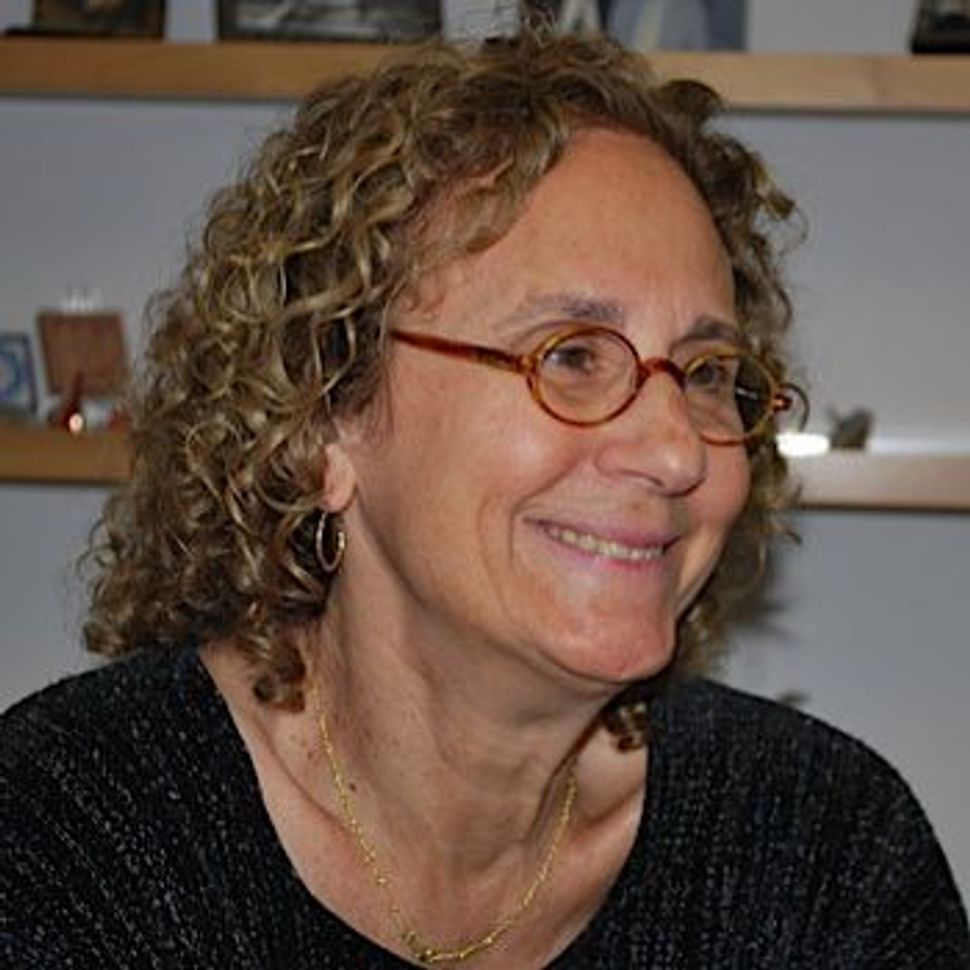 Ms. President: Eileen Sklaroff has been leading the FHBS for 24 years Image by courtesy of eileen sklaroff 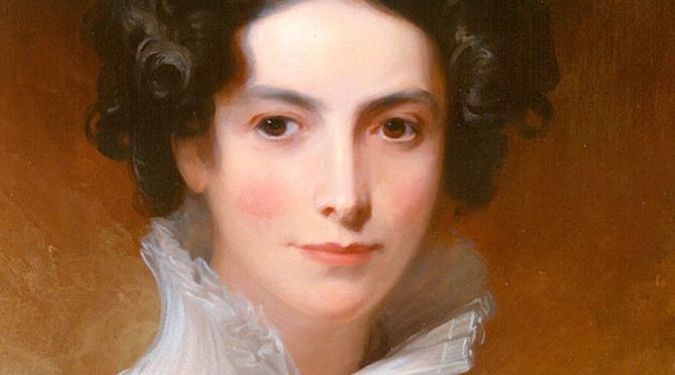 If you search for the offices of the Female Hebrew Benevolent Society, you will not find any. America’s oldest Jewish charitable organization in continuous existence has never had an official headquarters, and most likely never will.

That’s not the only thing that distinguishes FHBS from other charities: It has no paid staffers; its members work as volunteers. The ladies of FHBS do not throw banquets; they do not hold teas. They raise funds through no-frills giving campaigns; they reach out to people in their own circles, informing them of their mission to offer aid to Jewish women in financial distress — and thank each donor with a handwritten note.

FHBS is minimalist and successful: Last year, its giving campaign raised $32,400 dollars. In the 2013–2014 fiscal year, it sent out $123,805 in donations to nearly 200 women through additional support from the Jewish Federation of Greater Philadelphia, the National Council for Jewish Women and nine other foundations. “It really is grassroots. It’s us or nobody, ultimately,” FHBS treasurer Pam Stein said. Following directions from their program committees, members use their own computers, phone lines, paper products and postage to reach recipients, helping to keep expenses minimal. Tamara Chasan Pomeranz, administrator of the pharmacy program (one of FHBS’s five programs) that distributes gift cards to help with the cost of prescription medication, says that her 5-year-old daughter helps her with mailings. 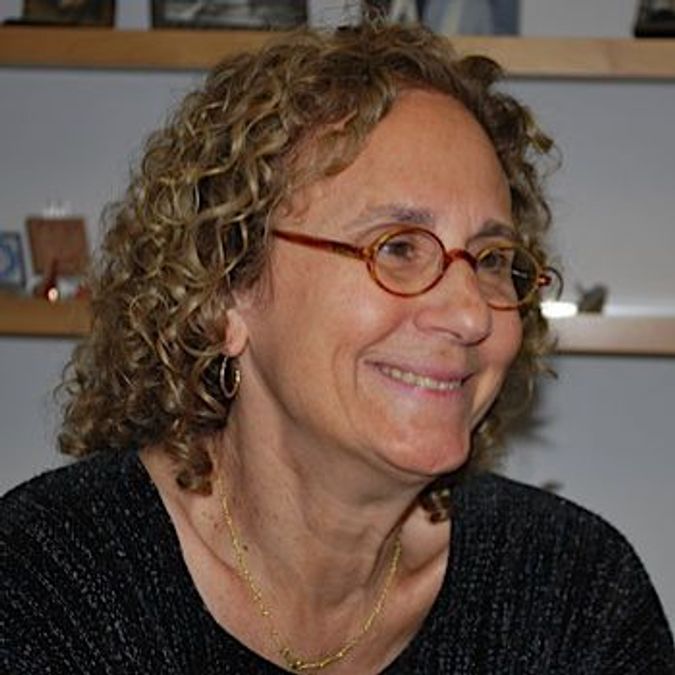 Ms. President: Eileen Sklaroff has been leading the FHBS for 24 years Image by courtesy of eileen sklaroff

About 40 women currently get a $50 gift card each month in six-month cycles. Meanwhile, 86 women are enrolled in the FHBS’s emergency response system for the elderly. Monthly stipends between $50 and $175 are sent to 10 women in need. The camp scholarship program sent 44 children to day and overnight camps this past summer. And the emergency fund, the program for which FHBS is best known, provided assistance in the form of 123 grants to 98 women in the 2013–14 fiscal year, totaling $55,533.

The organization operates with only two official meetings a year. Occasional committee meetings in between, and regular communication through phone and email, are coordinated by FHBS’s president, Eileen Sklaroff. Carmel Levine, a physical therapist and board member emerita, said: “Eileen does a yeoman’s job. I don’t know if there’s anybody who can fill her shoes.”

At her downtown Philadelphia home, Sklaroff, 68, was getting ready for Sukkot. With the shopping done and the sukkah up, she was alternating work for FHBS with baking challah. Sklaroff, who has worked as a volunteer in multiple organizations since her first son was born (the day in 1976 when she left her job as an administrative assistant to then Philadelphia mayor Frank Rizzo), has been president for the last 24 of her 30 years in FHBS and increased significantly the number of grants the organization both gave out and received. She has amassed an archive of historical documents about FHBS, detailing the role that Rebecca Gratz, the pioneering philanthropist and educator, played in its establishment.

Gratz, who lived from 1781 to 1869 and was its first secretary, organized FHBS’s records and penned many of its first reports. One October evening in 1819, reports from FHBS tell us, a Mrs. Aaron Levy and a Miss Hannah Levy visited other Jewish women in the middle of a storm, on a mission to find like-minded “daughters of Israel” who were willing to help others. The two ladies had recently heard a story about economic distress that shocked them into action. The Female Hebrew Benevolent Society was formed a month later. Ladies in other cities would follow suit; New York’s Female Hebrew Benevolent Society was established the next spring. (It merged with the Hebrew Relief Society in 1870.)

In the early 19th century, Jewish women were not allowed to speak directly to synagogue presidents on financial matters and had to ask their spouses to do so, writes Dianne Ashton, a historian and religious studies professor at Rowan University in Glassboro, New Jersey’s, in her dissertation on “Rebecca Gratz and the Domestication of American Judaism.” After visits to evaluate whether the family truly was in need, the synagogue president could list in the synagogue’s records whatever assistance given — to the woman’s humiliation. Christian charitable organizations, while more discreet, attempted to convert Jewish women who came to them for help. The organization’s founders saw a gap to fill. Women’s service organizations and charities of the day were generally a means for elite ladies who couldn’t pursue same professional aspirations as their male counterparts to be active stakeholders in their communities and gain respect for their work.

In FHBS’s first years, its members visited and assessed homes themselves. Today, the women rely on social workers’ referrals. Ever since 1819, the board has had 13 “managers.” Per the constitution, the number of managers cannot surpass 13, a rule FHBS has honored over these 195 years; while other not-for-profit and service organizations have been thirsty to deepen their ranks, FHBS has elected to keep to its founders’ restrictions.

According to survey results in the Jewish Federation of Greater Philadelphia’s 2009 Population Study, 21% of the Jewish households in Philadelphia have a total income of $25,000 or lower. (That figure becomes 14% of the households if you zoom out to the metropolitan area.) The estimated median household income is much higher — $55,000 a year in the city, and $80,000 in the metro area. Are there particular enclaves that represent the bulk of low-income Jewish Philadelphians? Not really, says Joanne Lippert, co-director of adult and senior services at the Jewish Family and Children’s Service and an FHBS board member. There are families living under the poverty line all over the region, many having “fallen on hard times” during the economic recession.

“These are people who’ve never asked for help before,” Lippert said. “Not that it’s ever easy, but when you’re in a congregation that’s solidly middle class where everybody’s doing okay, it’s very difficult to be in a situation where you can’t afford to send your kids to camp or to soccer league.”

Lippert believes that the large share of low-income families can easily go unnoticed in this sense: Many of the stereotypical signs of poverty are masked as families skip meals and quietly downsize, reluctant to admit their struggles to others in the community. In the tradition of Jewish communal organizations, FHBS does not share information on its recipients, as lifting the veil of secrecy would make the organization’s work slip down the tzedakah, or social justice, ladder. (According to the biblical scholar Maimonides, the second-highest form of tzedakah is giving when the donor does not know the beneficiary, and vice versa, the highest being when the recipient is assisted in becoming independent.)

Lippert had worked with FHBS for 10 years as a social worker before she joined. She found the organization’s work impressive and Sklaroff’s dedication inspiring. While FHBS is not the only organization that supports JFCS, the FHBS doesn’t have a lot of the same restrictions as the other not-for-profits that support JFCS.

“We had a woman living on a fixed income, and her vinyl floor was curling in her kitchen,” Lippert said. “We were worried she was going to trip. That kind of calamity could’ve changed her whole life if she hit her head, broke her hip. [Eileen] helped us do that repair. She’s creative. It’s not just, ‘Oh, I’ll pay just rent or utilities.’ She really tailors things.”

In her own home, Sklaroff heads upstairs to search through old files. She pulls out a 14-page curriculum that she wrote on tzedakah when she worked as a volunteer teacher at her sons’ Hebrew school. “There’s no word in Hebrew for ‘charity,’” she said earlier. “Charity comes from the Latin word carus… and it implies a choice. Tzedakah is a mitzvah — it’s commanded by God. That’s why we do it.”

Cassie Owens is a freelance writer based in Philadelphia. Her work has appeared at Next City, CNN.com and other publications.