Some of Martin Amis’s Best Friends Are Jews. Really. 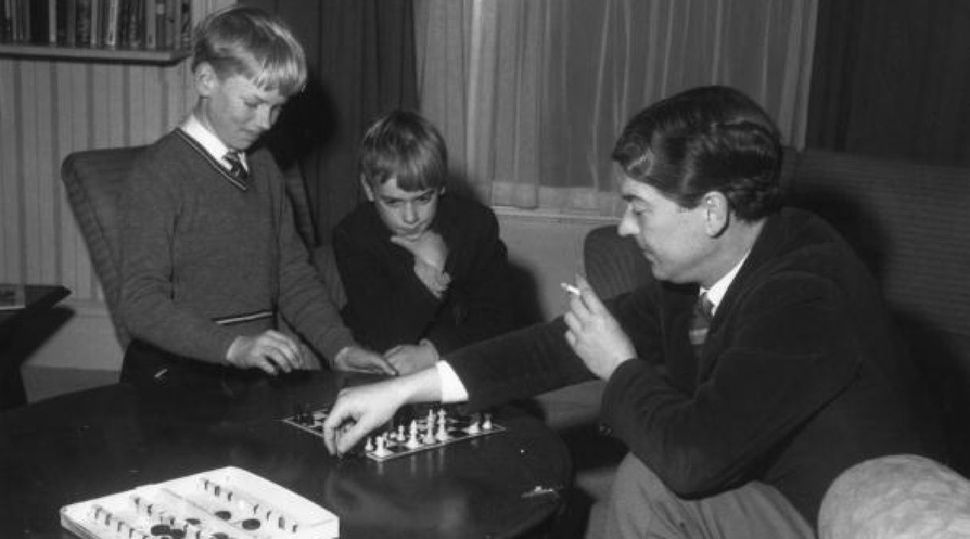 Martin Amis’s new novel “The Zone of Interest,” which is set in post-Wannsee Auschwitz, is dedicated “[t]o those who survived and to those who did not; to the memory of Primo Levi… and to the memory of Paul Celan.” The dedication continues: “to the countless significant Jews and quarter-Jews and half-Jews in my past and present, particularly my mother-in-law… my younger daughters… and my wife.”

One ought not, generally, judge a book by its acknowledgments. But maybe in this case one ought: the clumsy “I love Jews and even marry and breed with them” avowal speaks to a troubling tendency in an otherwise interesting, if occasionally frustrating book.

Publicity materials describe “The Zone of Interest” as “a love story with a violently unromantic setting.” Perhaps it was this tagline that put off Amis’s longtime French and German publishers, who announced back in September that they would not be releasing the work. One is not too hard pressed to imagine that a self-consciously grotesque Holocaust novel, one that makes a point of trying to get in a laugh whenever possible (and at times when it is not), largely narrated by Nazis, one of whom is the camp commandant, might not play especially well in countries where sensitivities still run high, and where anti-Semitism is reported to be on the rise. For what it’s worth, the publishers cited literary merit — meaning, lack thereof — as the basis of their decision.

“The Zone of Interest” is certainly not without literary merit. Nor is it either particularly innovative or shocking in situating a quasi-romance between a Nazi bureaucrat (“I liaise,” he offers when asked what exactly he does and why he never appears to be wearing a uniform) and the Höss-like commandant’s wife in the concentration camp that is perhaps, more than any other place, synonymous with the extermination of European Jewry. Other fictions, including Amis’s own “Time’s Arrow,” have taken on the Holocaust in unconventional ways that have struck some as being offensive or insufficiently reverent. But then perhaps there are only ill-mannered ways to speak of what for many is the paramount offense of the 20th century: I am thinking of the incident, recounted in “MetaMaus,” when Art Spiegelman, approached by a German who told him that his graphic memoir about his father’s experience at Auschwitz and its aftermath was in bad taste, responded, “I think the Holocaust was in bad taste.”

Anyway, if there is a problem — and this is what I think is signaled by Amis’s dedication — it is that this book is finally too conservative, too naively committed to some of the pieties that, while commonplace, are actually insidious. In an afterword, for example, in which he recounts the research undertaken in writing the novel, Amis discusses the testimonies assembled in Anton Gill’s “The Journey Back from Hell” and disputes the survivors’ sense of “shared guilt, the feeling that, while they themselves were saved, someone more deserving, someone ‘better’ was tragically drowned.” But, Amis writes, “with respect to all, there could have been no better.” It is entering dangerous territory, I think, to link survival to goodness, to ascribe a kind of saintliness to the camp survivors.

“The Zone of Interest” is split among three narrators: Angelus “Golo” Thomsen, charged with overseeing the Buna-Werke, the rubber-producing factor meant to achieve the dream of autarky; Paul Doll, the camp commandant; and Szmul, head of the Sonderkommando, self-described as the saddest of “the saddest men in the history of the world.” Golo, who falls in lust-that-maybe-becomes-love with Hannah Doll, the commandant’s wife, happens to be the nephew of Martin Bormann, Hitler’s personal secretary, but he is an ambivalent Nazi, one of what he terms “obstruktiv Mitlaufere,” who “went along. We went along, we went along with, doing all we could to drag our feet and scuff the carpets and scratch the parquet, but we went along.”

Has Golo lost faith because he understands that the Nazi project is doomed — the Battle of Stalingrad is decisively (spoiler alert!) lost by Germany over the course of the novel — or is that project doomed because Golo (and the “hundreds of thousands like [him], maybe millions”) has lost faith? The question remains satisfyingly unanswered: Golo is complex enough that we never quite get a handle on his motives. He is someone who is happy to use his connections to “Uncle Martin,” but also someone who sees through the fever dream of the Third Reich, an opportunist but an occasionally noble one, self-aware enough to know that his Aryan good looks play best with the sort of women who “like it here,” here being Auschwitz, but drawn to a woman who sets as her mission the complete breakdown of her husband, a woman who does not “like it here” at all.

The other two narrators are almost comically flat: Paul Doll, his speech riddled with Germanisms ostensibly meant to be amusing to the reader though not especially effective to that end, is a brutish man, ridiculous and ineffectual, prone to a self-inflated sense of his importance and liable to think of gifting his wife with a recently gassed woman’s camisole; and Szmul, whose stripped, spare account of life as a Sonderkommandoführer is not especially revealing beyond its suggestion that serving among the Jews charged with shepherding their fellows to the gas chambers and then retrieving the bodies must have been spiritually taxing.

And yet the novel’s failures are also part of what makes it worth thinking about. “The Zone of Interest” is not so much about the Holocaust as it is about writing fiction about the Holocaust, about the ways in which authors are torn between the impulse to respect but innovate, to understand but uncover something untold. This is a high wire act, and “The Zone of Interest” occasionally stumbles. (Perhaps this is why Amis reaches out for the Jews he knows?) But it is also, in its total desire to look at the catastrophe as it unfolds in all of its banal and terrible detail, a spectacle we ought attend to.

Some of Martin Amis’s Best Friends Are Jews. Really.