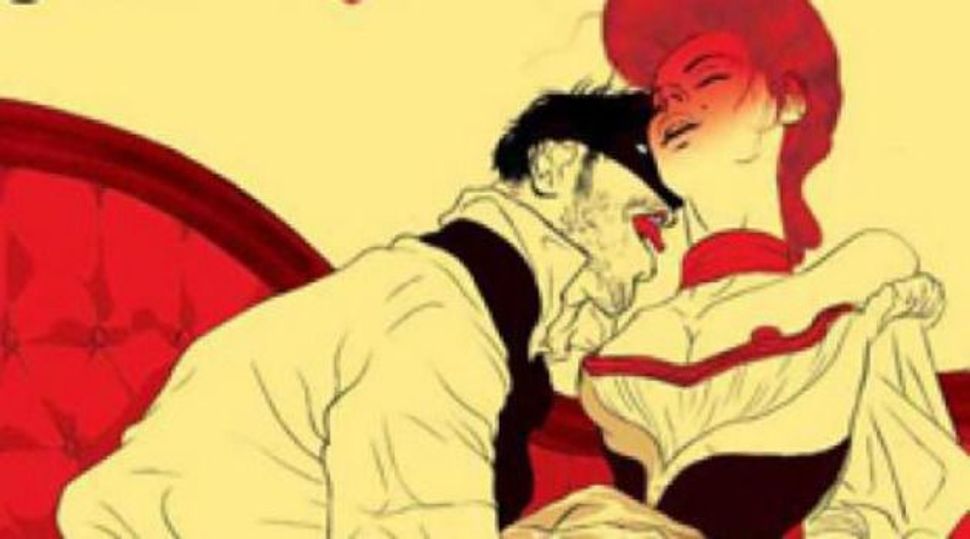 Philosophy in the Boudoir: The iconic cover of the Marquis de Sade’s book.

December 2 marks the 200th anniversary of the death of the Marquis de Sade, although Mel Gibson’s “Passion of the Christ,” “Fifty Shades of Grey” by E. L. James, and the pop star Rihanna’s 2011 song “S&M” suggest that for some, sadism retains its chic. The French Jewish essayist Alain Finkielkraut asked in a 2012 Radio France broadcast if Europe had not seen enough Nazi sadism during the fascist era to be permanently disgusted by the writings of Donatien Alphonse François de Sade, which describe mutilated bodies of murder victims with a serial killer’s relish combined with the repetitious detail of a mail order catalogue. Yet the end of World War II sparked a revival of Sade’s writings, starting in France where several of his most devoted readers were Jewish.

This despite the fact that Sade was no friend of the Jews. In “The Religion of Sade,”, Jean-Baptiste Vilmer observes that insofar as Sade was opposed to the Judeo-Christian tradition, he could hardly be in favor of Judaism. Sade’s “Philosophy in the Boudoir” describes Scripture as a “dull novel… [a] boring compilation by an ignorant Jew during the Babylonian captivity.” “Philosophy in the Boudoir” also asks in a passage about the biblical story of Sodom and Gomorrah: “Have any people gone hand and hand with murder more than the Jews have?” The Sade novel “La nouvelle Justine” includes a caricature of a dishonest old Jewish merchant, a “brave descendant de Saul” and “grandnephew of Moses” who is the “cleverest crook ever seen in Europe.”

Another of Sade’s fictions, 1795’s “Aline and Valcour,” implies that since prayers in the Jewish and Christian traditions are necessarily interrelated, the Inquisition was especially absurd. One character in this novel informs another: “The unfortunate fathers of your religion, the Jews, burned themselves in Spain while reciting the same prayers as those who decimated them.” The notion of Jews burning themselves in the Inquisition is of course illogical, but Sade’s works are darkly violent exceptions to the lucid Gallic thinking that launched the Enlightenment. And some informed readers also find them screamingly dull. 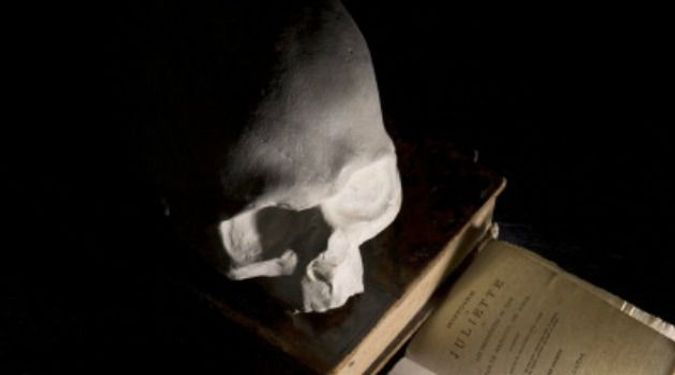 200 Years Later: A moulding of the skull of French writer the Marquis de Sade on a 1801 edition of ‘Justine, The Misfortunes of Virtue’ (Justine - Les malheurs de la vertu).’ Image by Getty Images

Twenty years ago, when I visited the Swiss Jewish critic Jean Starobinski at his Geneva home, we discussed many aspects of 18th-century literature, of which his knowledge is unsurpassedly discerning and genuinely encyclopedic. Although Starobinski trained as a psychiatrist, he confessed he found the Marquis’s works “boring,” even if seen as case histories. This judgment agreed with the German Jewish sociologists Theodor W. Adorno and Max Horkheimer whose “Dialectic of Enlightenment” likewise offer a critique of Sade’s tedious lists of repetitious tortures.

Other Jewish readers embraced Sade enthusiastically, even during World War II. In 1942, the French Jewish poet Gilbert Lely, active in the resistance movement, claimed to have had a “mystical encounter” with Sade’s spirit at the Château de Lacoste, once the Marquis’s home. Lely would later edit the works of Sade, and published a well-received biography of the author as well as his previously unpublished correspondence. Peter Weiss, a German playwright of Hungarian Jewish origin, wrote “The Persecution and Assassination of Jean-Paul Marat as Performed by the Inmates of the Asylum of Charenton Under the Direction of the Marquis de Sade,” usually abbreviated as “Marat/Sade.” Dealing with class struggle and social/individual change, “Marat/Sade” was an international hit, especially in the Royal Shakespeare Company production staged and filmed by the English Jewish director Peter Brook.

Gory and strident, “Marat/Sade” echoed wartime persecutions from two decades before. The American Jewish critic Leslie Fiedler declared about “Marat/Sade” in The Tulane Drama Review:: “I don’t approve of Marat’s politics, a defense of terror which makes my skin curl. Marat stands for the Final Solution: you must identify the enemy and kill enough of them, which means more and more and more and more. There comes out of that side of the Weiss play… a Left-flavored Nazism which really chills my blood. In the play the bourgeoisie is substituted for the Jews, but anyhow the Jews were substituted for the bourgeoisie by the Nazis.”

Clearly for Fiedler, the sadistic themes in “Marat/Sade” were somberly relevant to modern Jewish experience without being in any way enticing or alluring. Such was not the viewpoint of the pianist and critic Charles Rosen, whose “Freedom and the Arts: Essays on Music and Literature” seems partly drawn to what other readers find repugnant: “Whatever literary value one puts on Sade’s novels (and they are as repellent as they are fascinating—indeed, fascinating because they are so sordid), in their sober lack of passion they are instructive. They reveal the paradoxically seductive charm of the most deplorable aspects of the imagination. It is, in fact, his sobriety which is most original. By its icy intensity, his work attains the monumental sublime: in his refusal to dress up his descriptions in the traditional baroque eloquence or the pretty euphemisms of previous erotic writing, Sade is a neoclassical artist of his time, a contemporary of the painter Jacques-Louis David.”

Rosen further notes that he was once told by the Austrian Jewish therapist Sophie Lazarsfeld: “I can assure you that there are a great many masochists and not nearly enough sadists to go around.” Rosen adds: “I have since asked around in S and M circles and have found that this was indeed accurate.”

Lazarsfeld and Rosen likely meant that masochists simply outnumber sadists in the world, rather than that the world needs more sadists. Perhaps surprisingly, Leopold von Sacher-Masoch, the 19th-century Austrian writer who inspired the term masochism, was an ardent philo-Semite. Born in Galicia, Sacher-Masoch wrote a volume of short stories, “Jewish Life: Tales from Nineteenth-Century Europe,” and edited a literary magazine expressing tolerance for Jews in Saxony. “Masochism and Philosemitism: The Strange Case of Leopold von Sacher-Masoch” is a 1982 article by David Biale, now Emanuel Ringelblum distinguished professor of Jewish history at the University of California, Davis.

Biale’s study explains how Sacher-Masoch, mainly remembered for erotica such as “Venus in Furs,” also wrote “‘tales of the ghetto’ which are distinguished by ardent philosemitism.” Most of these Sacher-Masoch tales are full of sympathetic insights into Yiddish, Talmudic and hasidic lore; in 1874 Sacher-Masoch even published a romantic novelette about Sabbatai Zevi, the 17th-century false Messiah. Like his erotica, his Jewish tales are also, Biale underlines, “obsessed with Jewish women and many of them permeated with masochistic motifs such as his fetish with furs… he lingers over a description of the rabbi’s wife and daughters who lounge about the foyer of the mansion dressed (as his women invariably are) in sumptuous furs.”

For whatever kinky personal reasons, Sacher-Masoch was genuinely sympathetic with and interested in Jews, which is more than can be said of the monotonously inhuman Sade. This conclusion might lead some observers today to contradict Sophie Lazarsfeld and assert that in terms of liking Jews, sadists are plentiful in the world, but there may not be enough masochists to go around.