Why Wisconsin Was a Great State To Grow Up Jewish 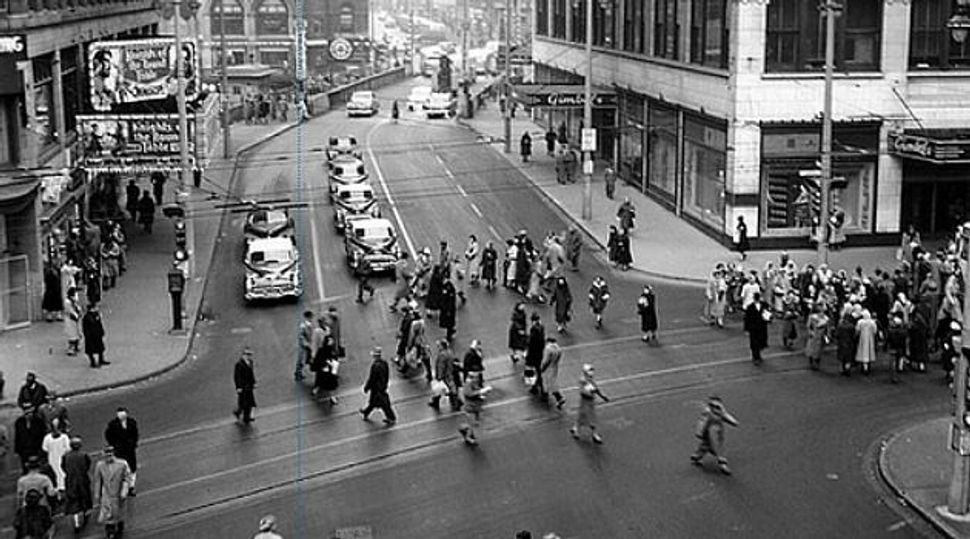 Fine Town: Milwaukee was a diverse, thriving and tolerant city when Jack Nusan Porter was a child in the 1950s.

In 1946, I came to America as a poor immigrant boy with my parents. I didn’t have much say in the matter, being only 1 year old. My folks, Srulik and Faygeh Puchtik, later changed their name to Porter, like all the other Porters who came to the goldene medine, since it was easier to pronounce. We had languished in a displaced person camp in Bindermichel, near Linz, Austria, waiting for a sponsor in America.

My father, a former Soviet Partisan commander, was a creative guy. He met a Jewish G.I. from Philadelphia (we never did get his name) and gave him a picture to take to America to submit to the Forverts. My Uncle Morris and Aunt Betty and their son Allen saw the photo and contacted the Hebrew Immigrant Aid Society, who contacted the Joint Distribution Committee; with a hundred bucks, we were on our way to New York City. After a night at Ellis Island plus a few days in some dilapidated hotel in Manhattan, they put us on a train, like baggage, with a note pinned to my dad’s chest: “Take these people to Chicago.”

There we were met by our relatives and social workers. After a few months in a crowded apartment in Rogers Park, we left for a strange-sounding place we had never heard of before, whose name — Milwaukee, Wisconsin — came from the Potawatomi Indian word for “gathering place by the river” (Minwaking) and the Ojibwa word for “where the waters gather [at] the great red rocks,” referring to the red sandstone of the Wisconsin River in the Wisconsin Dells.

There were more jobs in industrial Milwaukee and more housing stock, and so we landed in a poor neighborhood near 10th and North Avenue. We didn’t know it but we were in the middle of a black ghetto. Jews were leaving for the west side and the north side near Lake Michigan. We were there for only a few years; then we made the migration 40 blocks west to 50th and Locust. 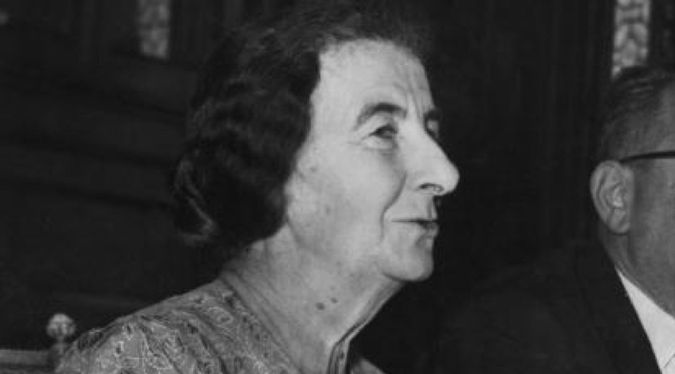 Milwaukee-Born: Golda Meir arrived from Pinsk, Belarus, and attended the 4th Street Elementary School that was later named after her. Image by Getty Images

I said goodbye forever to my black friend Michael and old Mr. Cox, the owner of a barbecue and custard stand, a huge jovial man whom I remember with his white apron set against his huge black hands and face. I loved the man. I had my first taste of delicious vanilla custard at Cox’s stand but the barbecue was treyf, and therefore taboo. After we moved, I never saw either one of them again.

Wisconsin and especially Milwaukee were very tolerant. I never encountered anti-Semitism. In fact, it was decades later in the affluent city of Newton, Massachusetts, that I faced it for the first time, but never in Milwaukee. Everyone seemed to be an immigrant, either from Europe, Mexico or the Deep South, and we were all struggling to make it.

This was even reflected in the state’s politics. From progressive guys like “Fighting” Bob La Follette to early 20th-century socialist figures like Victor Berger and Emil Seidel, Wisconsin had a long tradition of left politics. As John Gurda points out in his 2009 history of Jewish Milwaukee, “One People, Many Paths,” “[The Socialists’] first victories came in the German working class wards north and west of the Haymarket neighborhood. Once in power, the Socialists proved themselves capable, creative, and absolutely incorruptible.”

Milwaukee had a socialist mayor in my lifetime who served from 1948-1960. The so-called “sewer socialists” were concerned with public works and social reform and bread and butter issues like fixing roads and water systems. Even the university town of Madison had a radical mayor, Paul Soglin, who was elected three times.

But Wisconsin was also split politically. The governorships have tended mainly to go to Republicans while the presidential elections have gone to Democrats. But all sides have to get along no matter what the issue. That’s a Midwestern trait. As Elana Kahn-Oren, director of the Milwaukee Jewish Community Relations Council, once told me: “There’s a high value here on getting along. There’s a long history here of hard work and straight talk, not ‘Washington-talk’. People like to get along in Wisconsin. It’s called ‘Midwestern nice.’”

Milwaukee activist Gerald Glazer, 72, points out: “Wisconsin regularly alternates between parties. Ronald Reagan won the state in 1984 but no Republican since has won a presidential race here. But they have won the governor’s seat. The reason is that during presidential campaigns, the Democrats rally the troops better and they come out to vote; while in off-year gubernatorial contests, the Republicans do a better job. Also, the traditional base of the Democrats — the trade unions — have weakened and cannot always guarantee a Democratic vote.”

However, the only Wisconsin Jewish group that does vote overwhelmingly Republican is the Orthodox. Glazer, who is Orthodox, explains: “Reform and Conservative Jews are all liberals and vote Democratic but the Orthodox, while small in number, are now all Republicans. When I was a boy, before 2000, the frum voted Democratic, for U.S. Senator [Herb] Kohl, [Russ] Feingold, and for Democratic presidents, but since Bush the younger in 2000, they have moved to the right… It’s not just over Israel but school choice and vouchers. Republicans heavily support vouchers for private schools, whether Christian or Jewish, and the frum need those funds in order to survive.”

Milwaukee has also had a very strong socialist-Zionist presence with organizations including Pioneer Women, Farband, and Habonim Dror, plus non-Zionist socialist organizations like the Workmen’s Circle. And with such movements came Yiddish culture. I still remember the old Beth Am Center on 55th and Burleigh with its Yiddish classes that used the “Berele and Shmerele” textbooks, and the appearance of husband and wife team Ben Bonus and Mina Bern and their troupe. It was Yiddish vaudeville coming to the sticks. In fact, Milwaukee had one of the best Yiddish theater groups in the country, rivaling even those in New York City — the Perhift Players.

Labor Zionism produced an Israeli prime minister — Milwaukee’s Golda Meir (née Mabowitz). She arrived from Pinsk, Belarus with her mother and older sister in 1906, at the age of 8, and attended the 4th Street Elementary School, which was named after her years later.

The neighborhoods were poor and attracted such urban reformers as Jane Adams and Lizzie Kander. Kander is known today as the author of one of the best selling cookbooks of all time: “The Settlement Cookbook: The Way to a Man’s Heart.” Among the women Milwaukee has produced are Esther Leah Ritz, Betty Lieberman (my cousin, by the way), Betsy Green, and Ateret Cohen, who paved the way for later leaders like Hannah Rosenthal, head of the Federation in Milwaukee, and Kahn-Oren.

And people get along in Wisconsin. Maybe they have to be nice since they are somewhat isolated and all in it together, far from big Jewish centers. Rabbi Louis J. Swichkow, co-author of “The History of the Jews of Milwaukee,” had a deep impact on us young people. Even those of us who belonged to other shuls held our weddings at his temple, Beth El Ner Tamid, which had the biggest social hall. He never allowed other rabbis to officiate. I still remember his deep sonorous British-tinged voice: “Harey at mikudeshet lee b’tabat zu k’dat moshe v’yisroel” — and then a hard shoe smashing down on the glass.

There is a tradition of giving back to the community that permeates Wisconsin Jewry and its impact goes far beyond the state’s small numbers.

As a character says in the Charles Bronson film “Family of Cops,” “Milwaukee is so nice, you should bottle and sell it as valium.”

Born in Milwaukee, Jack Nusan Porter lives in Newton, Massachusetts and is affiliated with Harvard University’s Davis Center for Russian and Eurasian Studies. He is the author of ‘The Jew as Outsider’ and ‘Confronting History and Holocaust.’

Why Wisconsin Was a Great State To Grow Up Jewish