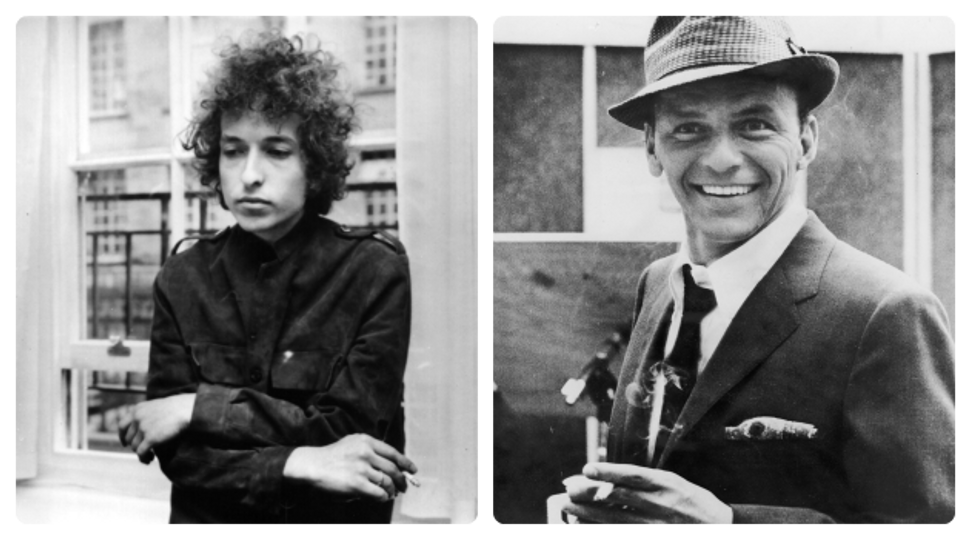 So you know where I’m coming from, I never got the whole Frank Sinatra thing. “On the Town?” Yeah, I liked that. “From Here to Eternity?” Sure, that too. But the whole tough guy “I’ll sock you in the jaw” persona has always been a turn-off. When Apple put him on its “Think Different” posters, my immediate reaction was that it should have said, “Think the same.” If I had to listen to “My Way,” I’d choose the Sid Vicious or the David Bowie version. So, the idea of “Shadows in the Night,” the forthcoming Bob Dylan album featuring songs originally sung by Frank Sinatra, didn’t (and still doesn’t) set my heart aflame.

Crooning isn’t Dylan’s strong suit, and I’m not that much into crooning as a general concept. But Dylan’s version of “Stay WIth Me” has a hypnotic, haunting quality to it that, to my mind, Sinatra’s lacks. It wasn’t until I heard the former that I detected the religious overtones that, upon close listening, should have seemed so obvious. As it turns out, the song was the theme to “The Cardinal,” an Otto Preminger film about a young priest’s rise in Catholicism.

And here’s the Sinatra version:

For what it’s worth, if I had to choose a favorite theme to an Otto Preminger movie, it would be this one:

And if I had to choose a favorite Dylan cover, I’d probably pick this one:

And If I had to choose a song called “Stay With Me,” I’d choose this one: