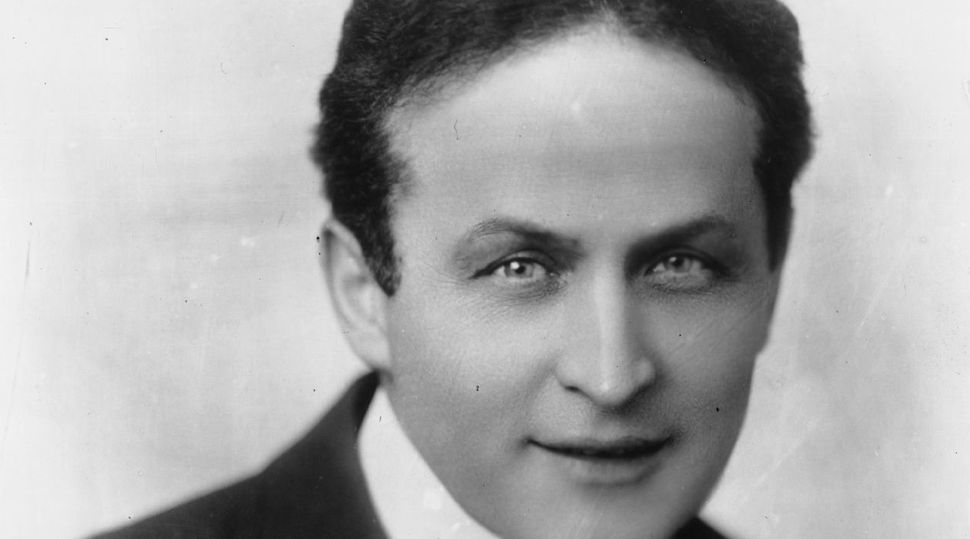 Son of a Rabbi: Houdini was known by his neighbors as a religious man. Image by Getty Images

In a recent New York Times Magazine profile, Laura Hillenbrand, the best-selling author of “Seabiscuit” and “Unbroken,” revealed that she actually buys old newspapers to do her research. This allows her to see some of the other stories that were occurring at the same time. Hillenbrand hits on one of the surprising joys of what can be dreary research work — seeing historical events that crop up in real time in old newspapers and finding out surprising details that were left out of later history.

From my own research projects on recall elections, I’ve gotten to check out 1903 papers and run into coverage of the first World Series game. In 1911, I saw the first big cover story on Sun Yat-Sen’s takeover in China. In 1981, there’s the first mention of AIDS. But my most surprising find happened was when trying to track down the story of Wisconsin’s adoption of the recall in 1926.

Right before that election day, on October 31, 1926, Ehrich Weisz (or Weiss — it was changed), better known as Harry Houdini, died. His hometown papers — he was born in Hungary, but grew up in Appleton — were filled with encomiums and discussions of the great magician’s legacy. One particular article, found on Google News’ compilation of old newspapers, focused on Houdini’s relationship with the Jewish community and his Jewish practices.

This may seem surprising. While his father was a rabbi and he was buried in a Jewish cemetery, Houdini didn’t seem to take too much of public interest in Judaism. He married Bess Rahner, a Catholic, and spent his later years serving as the great debunker of spiritual frauds. His friendship with Sir Arthur Conan Doyle collapsed under the Sherlock Holmes’ creator’s unwillingness to accept that the mediums and spirit-guides were simply charlatans. His break with Doyle represented perhaps his best-known use of his Judaism. Houdini scoffed at Doyle’s wife’s attempt to contact Houdini’s mother. He noted that Mrs. Weisz would not have been drawing a cross, nor would she have been speaking English.

While his biographies don’t focus on his religion, one feature story in the Milwaukee Sentinel on November 1, 1926 does. In the article: “Friends Here Reveal Houdini Highlights,” members of Milwaukee’s Jewish community claim that Houdini was apparently very serious about Jewish tradition.

They note that Houdini came back regularly to weep at his old childhood home and at the graves of his parents. This statement is a little odd, as his parents were actually buried in NY. There are a number of other seemingly factual discrepancies — his real childhood home seemed to be Appleton, not Milwaukee, and on a different street than is named in the article, and he is listed as being born in Appleton (though that may have been something he claimed). What is interesting is how these friends and former neighbors present a different side of what one Jewish community newspaper editor calls the “nervous, eccentric, melancholy” master of magic.

The article claims that: “They know him as a man devoutly religious, who, wherever his performance brought him, carried his phylacteries and mezuzahs, Jewish creedal symbols, with him…The mezuzahs, strips of parchment with scriptural passages encased in tin, considered effective in warding off evil, he is said to have nailed to the door of the hotel room wherever he lodged for the night, on the true orthodox Jewish fashion. And the phylacteries, little leathern boxes with scriptural parchment recognized as charms, he bound to his forehead and left arm each morning during his prayers, his friends declare.”

It also goes on to note that Houdini was a big supporter of Zionism and a contributor to Jewish charities.

I haven’t done a full on examination of the extended Harry Houdini oeuvre, but this seems to be the only mention of Houdini’s Tefillin. And that’s the beauty of research — you can never tell where it takes you.

Joshua Spivak is a senior fellow at the Hugh L. Carey Institute for Government Reform at Wagner College in N.Y., and blogs at http://recallelections.blogspot.com/