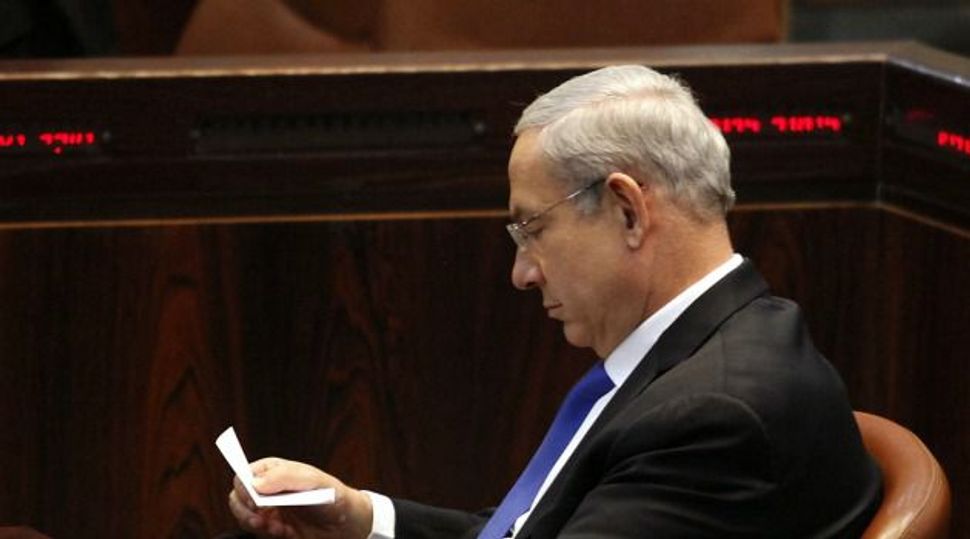 Israel Prime Minister Benjamin Netanyahu on Wednesday addressed the clash over the Israel Prize for Literature and the makeup of the panel that awards it by saying that more extremist, anti-Zionist judges have been appointed in recent years.

“The composition of the panel that selects Israel Prize laureates must be balanced and faithfully reflect the various streams, positions and strata of Israeli society,” Netanyahu wrote on his Facebook page. “However, over the years, more and more radical figures, including anti-Zionists – for example, those who support refusal to serve in the IDF – have been appointed to the panel and too few authentic representatives of other parts of the nation.”

Netanyahu continued, “Too often, it seemed that the extreme panel members were bestowing the prizes on their friends…. Those who didn’t identify with their stance, those outside of their clique, had great difficulty in getting on the panel or being selected for the prize.”

Netanyahu added that this situation, in which a small group of people with extremist views “passes the baton from hand to hand and controls to selection of Israel Prize winners must change.”

“The Israel Prize belongs to all of Israel,” Netanyahu wrote. “It is our national asset, and it must represent the entire nation: men and women, Ashkenazim and Sephardim, religious and secular, veteran citizens and new immigrants, Israelis of all stripes irrespective of political leanings one way or the other.”

Netanyahu’s remarks follow the resignation of an entire panel of judges – for the Israel Prize in literature – over efforts by the Prime Minister’s Office to intervene in the panel’s composition. The office vetoed two candidates to judge the prize, professors Avner Holtzman and Ariel Hirschfeld.

That prompted all five of the appointed panel members to resign, to protest “the clear politicization of the prize and the vote of no confidence in the professionals’ professional judgment,” as one of the five, Prof. Nissim Calderon, put it.

“This is an unparalleled scandal,” said Yigal Schwartz, a professor of literature at Ben-Gurion University of the Negev and editor-in-chief of the Kinneret Zmora-Bitan Dvir publishing house. “I’m withdrawing my candidacy and urge other candidates to do the same. This isn’t a mistake; it’s a continuation of Prime Minister Netanyahu’s deliberate policy of undermining Israel’s elites to gain votes from other groups. This is sabotage that it’s impossible not to oppose. Even this institution, the Israel Prize, which had remained untainted, they have sabotaged.”