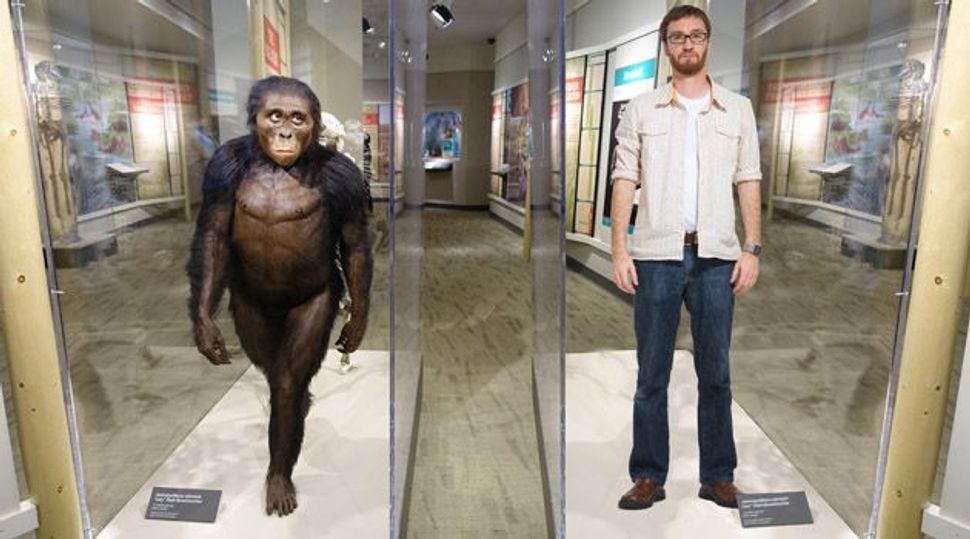 Lucy and David: The missing link in the evolutionary story, and Lucy (left) the artist’s reconstruction of a young australopithecus. Image by Anya Ulinich

Pew researcher Stephen Ipsell, who conducted the interview, said this is the first time a subject has dematerialized in the middle of a 45-minute session.

“I noticed some fading around the edges around 10 minutes in when I asked about synagogue attendance, and then his legs started to go when he mentioned that he had never gone to Jewish summer camp, and then when I asked if he felt Jewish religiously, culturally, other, or neither, he just kind of shrugged, said ‘Eh,’ and then — poof! Gone.”

Ipsell said that Cohen’s disappearance, while the most dramatic, was not the sole episode of material transformation during the study.

“Well, I had one fellow who turned into a Buddhist monk before my eyes, and another girl suddenly started speaking Chinese, and then in one really tragic case, a college student started talking about Ron Paul and just couldn’t stop. He was still babbling when I left.”