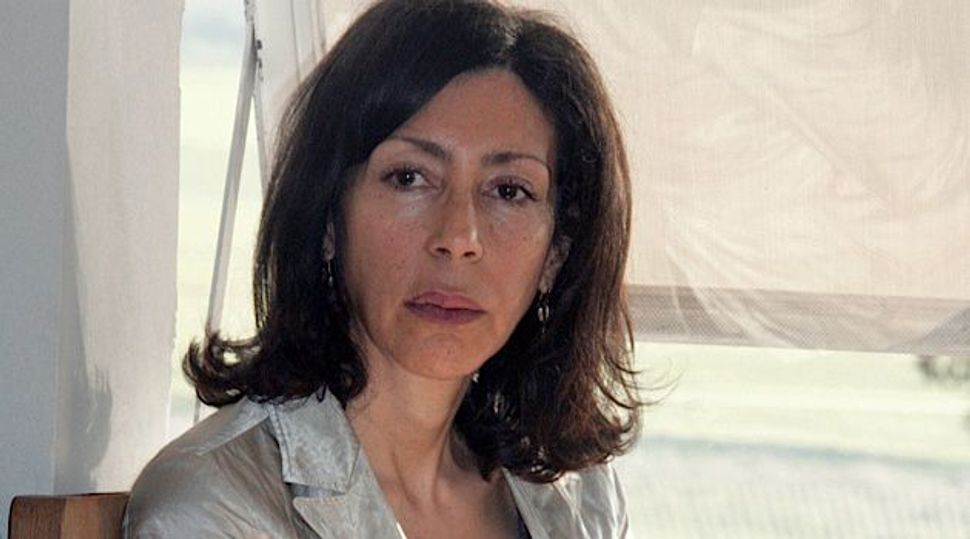 Goddess of Carnage: Reza is perhaps best known for her plays ‘Art’ and ‘The God of Carnage.’ Image by getty images

Yasmina Reza’s specialty is the excavation of long-simmering violence from underneath placid bourgeois surfaces. In her two best-known plays, the Tony-winning “Art” and “The God of Carnage,” the French-Jewish writer shows, to great comic effect, how quickly respectability gives way to offense. The descent into chaos is far from absurd: In Reza’s rendition, the increasingly volatile stage action makes perfect, if painful, sense. The god of carnage rules all, and the line between super ego and id barely exists.

“Happy Are the Happy,” Reza’s new novel-in-short-sketches, is a quieter affair, though it also has moments of depravity, comic and otherwise, most of which would be a shame to spoil. The form of the work — 21 episodes, a mere few pages each, narrated by 18 Parisians — is not especially radical, though the structure has the tendency to suggest freshness and depth. As seemingly disparate stories start to echo and resonate with increasing insistence, we are tempted to conclude that everyone and everything is connected.

But everyone and everything really is connected in “Happy,” though, in the novel, this is hardly reassuring. “It’s foolish to think that sentiment brings us closer,” a character opines, looking at the married woman with whom he is having a casual affair that suddenly seems somehow momentous. “It does the opposite, it sanctifies the distances between people.” And so “Happy” foregoes sentiment, and does away with sentimentality: The men and women who populate the book are friends and lovers, wives and husbands, parents and children. They are unknown and unknowable to each other. “The couple,” thinks another character, “is the most impenetrable thing there is. You can’t understand a couple, even if you are a part of it.”

Make that especially if you are a part of it.

It is not that the various configurations of people we encounter in the course of the novel lie to each other, though that they do. (Monogamy is in short supply here: A man attending his father-in-law’s funeral wonders how much the dead man’s driver must have seen and hidden from the widow.) It is that there is a fundamental aloneness that lies at the heart of all human experience, and nowhere is this aloneness more self-evident than when we are with those we love and hate and otherwise spend our lives with. (The choice to do without paragraph breaks, to indicate speech by dashes imbedded within the ongoing rush of sentences, further emphasizes and visually reinforces that notion, suggesting that what we say to others and what they say to us is no more than part of a monologue, directed inwards.)

“I too will stifle in the strongbox of death, completely alone,” thinks one of the characters. “And so will [his wife]. And the children. And everybody here, high and low, more or less old, more or less happy, doggedly holding their own in the ranks of the living. And all of them completely alone.” But if this sounds like the insight of a college freshman discovering existentialism, Reza makes it work in a book that is at once touching and prickly, coldly elegant and exuberantly warm.

In “Happy Are the Happy,” Reza exposes the lie of Tolstoy’s famous dictum that “all happy families are alike,” for no family is happy. Instead of happiness, her book suggests, we get moments of grace, of insight and clarity, an occasional softness of a hand meeting a hand, the triumph of an afternoon spent fishing.

Most of the stories that make up “Happy Are the Happy” are the perfect length for a brief train ride during rush hour: They convey the sensation of nestling against an uncaring back, of being stunned by a crush of anonymous humanity. These are not stories to make one happy — save, perhaps, for the burst of recognition.