The Thing You Didn’t Know About Documentary Filmmaker Albert Maysles 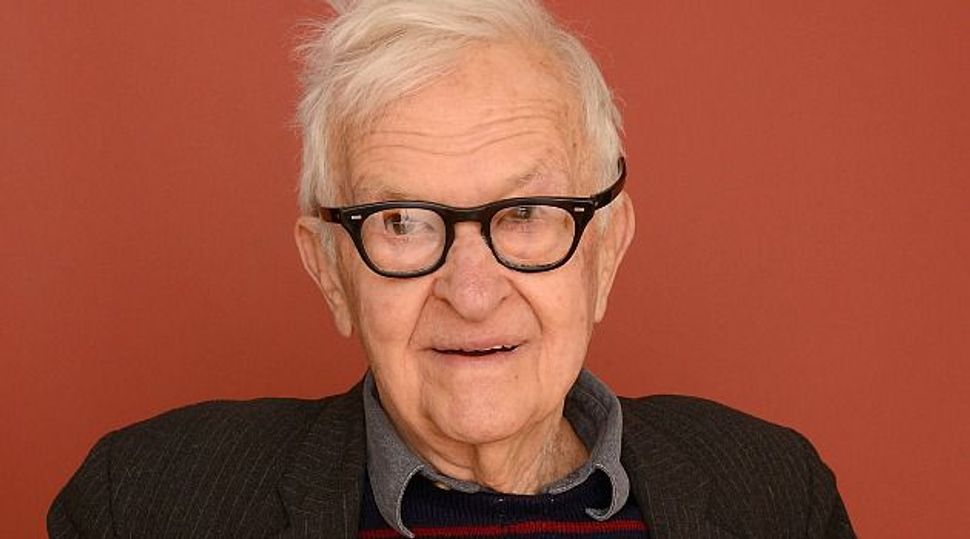 We Owe You, Albert Albert Maysles was a filmmaker’s filmmaker. Image by Getty Images

We mourn Albert Maysles, one of the undisputed masters of filmmaking, with extra clarity, for his death throws our modern era’s obsession with over-eulogizing into sharp focus. Albert was not another “indispensible” documentarian that fill our graveyards (and Facebook walls); he was the real deal, the primary source. You’re either ripping Albert off, or your documentary is unwatchable.

“Salesman,” “Gimme Shelter,” and “Grey Gardens” — the string of perfect films Maysles (along with his brother David) released between 1968 and 1975 — elevated the finest techniques of American documentary: a natural democratic sensitivity to subject and an emphasis on the border between private moments and public performance, to their high-water mark. Whether you were a struggling Bible salesman, an impoverished eccentric aristocrat, or Mick Jagger, you could be both your best self and your truest self with the Maysles brothers. The subjects Albert Maysles filmed through his rickety 16mm camera were simultaneously the most vulnerable and the most thoroughly protected ever seen in American movies.

I didn’t know the famed cameraman well, but I do know something about him that you probably don’t. While he was certainly a cameraman of genius, he was first and foremost a soundman.

This will come as quite a shock to anyone with any sort of film education. We all learn that, in their famous partnership, Albert was behind the camera and his brother David was the audio recordist. But while Albert may have been operating a camera, he was always paying attention to sound. He told me as much himself when I interviewed him on the phone for a book I was researching.

From 2007 to 2011, I served as President Obama’s personal videographer, documenting his private moments and basically ripping off the Maysles brothers wherever possible. Albert told me that my position reminded him of his own far-off days trailing after presidents and candidates.

Maysles wanted to know how I’d gotten the job. I told him that, when interviewing for the position, I’d assured the campaign that I had a lot of experience shooting video, which wasn’t really true: I was a soundman by trade and a location sound teacher by profession. I’d even let a misunderstanding about some footage that I hadn’t actually shot go uncorrected because I really, really wanted the job working for Senator Obama. I was a soundman in disguise. I asked him not to judge me.

A camera operator who actually listens sounds like some impossibly perfect romantic partner, but viewing the Maysles’ work through this lens is an incredibly useful exercise for anyone with even a passing interest in documentary films.

Terms like “impressionistic,” “soft” and “dynamic” are used to describe Albert Maysles’ camerawork. But I think “listening” is a more apt word. His camera is constantly finding the most interesting sound — rather than the image — in any situation.

Even as dialogue plays, his camera will leave the subjects to capture the images behind the background noises: children playing with noisy wooden toys in a living room, that sort of thing. Traditionally, we see these images as “cutaways” in films, shots that cover up the editing happening in the dialogue, so the editor can cut back to the face seamlessly. But Albert confidently films these environmental moments as primary footage, sometimes even walking away from his subjects in mid-sentence even as his brother David would keep the mic on the speaker. Over and over again, we pan from sources of ambient noise to the faces of the subject. Emphasis on pan. That means these shots are one continuous take. Albert is making editing decisions that can’t be undone in the camera itself. And he is making these decisions on the basis of sound.

Here’s an example with a writerly touch: There’s a scene in “Salesman,” which follows four struggling door-to-door Bible salesman, in which the Maysleses suggest the poverty of a family not by narration or even dialogue but through the ambient audio track. The man of the house, a tired-looking fellow in a faded undershirt, puts on a record when he sees he has company. He’s clearly proud of his selection, and the scratchy Muzak cover of the Beatles’ “Yesterday” that comes on competes with the strained dialogue for the viewer’s attention and beautifully encapsulates the sadness of the scene. Lesser filmmakers might’ve asked the man to turn it down and missed a powerful opportunity.

Albert was also keenly aware that a lack of sound can drain images of their meaning. “Primary,” Robert Drew’s political documentary that Maysles shot in 1960, features some of the first sound and pictures we have of our highest elected officials campaigning, in this case of the Wisconsin Primary when John Kennedy and Hubert Humphrey were campaigng for the presidency. It’s still our source of many lasting impressions of both candidates. Somewhat unfairly, according to Albert. The portable tape recorder, perhaps the most important invention in the history of documentary filmmaking, had just been invented and the fidelity was fairly low. Without sound, it’s easy to see the glamour of newness in contrast to the old-fashioned dumpiness of Humphrey. Albert told me that if you were listening, the men came across much more as equals: Humphrey as a committed man of the people and Kennedy as a man comfortable with his wealth and success. But the images told a different story and voters moved accordingly.

Maybe I should’ve already known Albert Maysles was secret soundman. In a student film I’d seen about him years before, Al spends most of the time correcting the boom operator on microphone positions. In retrospect it seems odd not to have picked up on the clues.

Of all the tales of the trail I told Mr. Maysles, the one that tickled him the most was the fake funeral we held for a horribly hungover network sound mixer. In the back of the campaign plane, multiple eulogies were given. I’d like to reuse mine now for Albert Maysles.

Albert Maysles: He was a good man, he was a soundman. Documentary filmmakers, in lieu of flowers, please send back all your awards to be melted down: you know they really belong to him.

Arun Chaudhary was the first Official White House Videographer although he is technically a trained soundman. He is the author of “First Cameraman: Documenting the Obama Presidency in Real Time” (Times Books, 2012).

The Thing You Didn’t Know About Documentary Filmmaker Albert Maysles