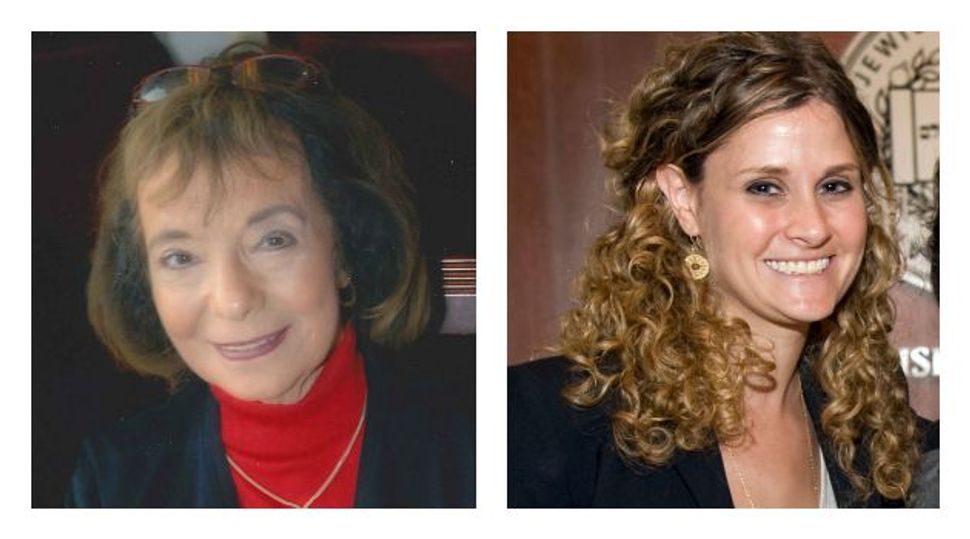 “She will do a wonderful job,” Hessel said of Firestone-Teeter. “She’s been exemplary in everything she’s done.”

Firestone-Teeter was previously the associate director of the Jewish Book Council, which she joined in 2006 after graduating from Emory University. While there, she served as the managing editor of magazine, and the director of web and publications. From 2006 until 2011, she served as the administrator of the National Jewish Book Awards. She developed the JBC’s Visiting Scribe seriesand Unpacking the Book: Jewish Writers in Conversation.

“It’s very exciting,” Firestone-Teeter said. “I have very big shoes to fill.” She hopes to expand the JBC’s digital and educational offerings

Under Hessel, the Jewish Book Council has achieved substantial influence with both readers and writers. Founded in 1925, its mission is “to promote the reading, writing, publishing and distribution of quality Jewish content books in English,” and “serve as the coordinating body of Jewish literary activity in North America in both general and Jewish venues,” according to its website.

With an annual operating budget of nearly $1 million, the JBC administers both the National Jewish Book Awards and the Sami Rohr Prize for Jewish Literature, whose $100,000 purse is the largest in the field. An annual event held by the JBC at Book Expo America attracts some 200 authors who give 2-minute pitches to 150 Jewish book fair directors for a chance to speak or read at their events.

“I tried to heighten awareness that we are the People of the Book,” said Hessel, who will continue to hold an active position as the director of the Sami Rohr Prize. She added that the JBC helped create the category of Jewish books: “It doesn’t just mean reading Siddur and Tanakh.”