How Wendy Wasserstein and Heidi Holland Remade the World 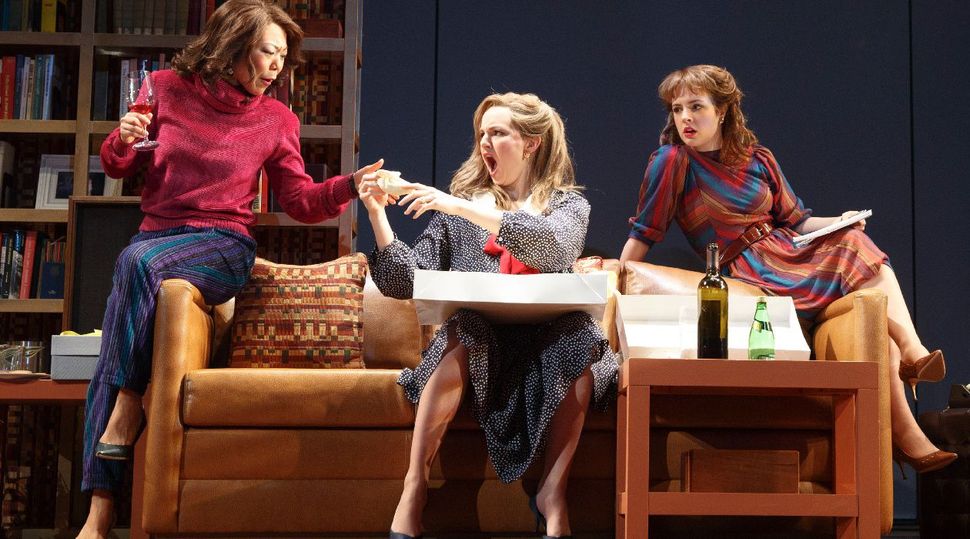 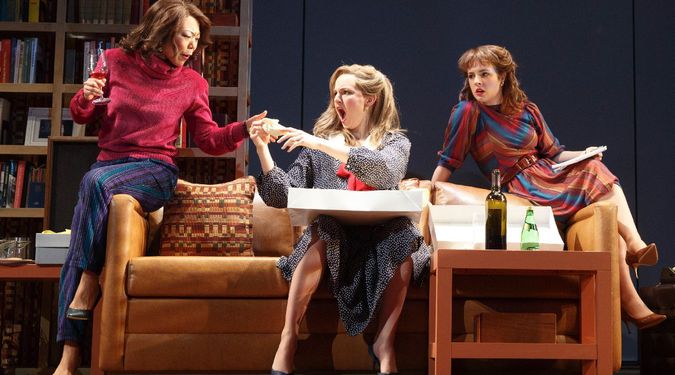 “It’s just that I feel stranded,” says Heidi Holland, standing alone on stage, delivering a frustrated, funny speech about her life and its discontents.

It’s 1986, she’s nearing 40, and she’s addressing an alumnae gathering of her all-girls high school. For the last hour or so, we’ve watched her grow up, along with the late-20th century woman’s movement, from precocious high-school senior to clean-for-Gene college activist to consciousness-raised grad student to Columbia art-history prof. She is unmarried, and childless.

Her long, poignant anecdote — about changing, on the prior day, for an exercise class, listening to the high-powered women in the locker room around her, eventually feeling “too sad” to work out — is only one moment in Wendy Wasserstein’s landmark “The Heidi Chronicles.” But it’s a moment that encapsulates the entire play. Ms. Wasserstein’s opus, which debuted off Broadway in late 1988, transferred to Broadway the next year, and subsequently won both the Tony for Best Play and the Pulitzer for drama, is an examination of a smart, ambitious liberated woman, as the saying goes, trying, and failing, to have it all. It opened last night in revival at the Music Box, and, two and a half decades later, it’s still fantastic — searching, thought-provoking, very funny, and more than a little bit sad.

That is credit, of course, to Wasserstein, who died, unexpectedly and too young, in 2006. The writing in “Heidi,” an iconic work of the 1980s, is so sharp—so funny, so insightful (and, perhaps conveniently, so much of it set even further in the past) —that it doesn’t feel dated today. In an era past aerobics classes, alligator-skin planners and high-end Zeus sneakers, the particulars of our arguments may be different. But, for better or worse, the arguments about women’s lives are the same. And even more deeply, even with the gender-role politics stripped from the show, “Heidi” is about something universal to the aspirational, overeducated classes in middle age: What if I don’t achieve what I was supposed to? What if everyone else does better? It can resonate, powerfully, with, an occasional theater critic, a man, who has recently moved to a new career and is days away from his last late-30s birthday.

Heidi’s life is bookended by the lives of two men: Peter Patrone, her gay best friend, who becomes a successful pediatrician, and Scoop Rosenbaum, a hotshot young lawyer turned magazine editor with whom she’s sporadically involved. (It says something about the Wasstersteinian worldview that the “failure” in the bunch holds merely a tenured Ivy League position.) And there are various other women involved — friends, nemeses, the eager wife and mother Scoop marries.

Director Pam MacKinnon’s well-oiled and attractive revival largely lets the text speak for itself. Her cast is starry, but not flashy. Elisabeth Moss, of “Mad Men” fame, is Heidi, and she’s excellent; she provides a visible intelligence combined with a certain wariness, an observer’s distance from her own life. She is fully in command, and also bracingly adrift, in that meltdown monologue. Bryce Pinkham, so fiendishly entertaining two seasons ago as the murderous Monte Navarro in “A Gentleman’s Guide to Love and Murder,” gets many of the good lines here — he’s the gay best friend, after all — and he ones again kills. But he also, late in the play, after he has opened a ward dedicated to immune-suppressed children, skillfully, movingly delivers a rebuke to Heidi’s self-indulgent sadness that firmly places “The Heidi Chronicles” in 1980s New York (yet without turning it into an AIDS play).

Jason Biggs, as Scoop Rosenbaum, plays a very recognizable smart cad, a man so charming and clever, and so confident in his clever charm, that he’s both irresistible and unbearable. It’s a fully realized and very familiar characterization, although perhaps not quite the right one for the role. Scoop should be a Waspy Jew; he played lacrosse at Exeter, he tells us, and obsesses about where people went to college. Biggs’s Scoop is successful, sure, but he’s the sort who was AEPi president at Wisconsin, not rowing on the Charles.

(A coincidental aside: The name “Scoop” was borrowed from Wasserstein’s now-30-ish nephew, Scoop Wasserstein. The character is the founder and editor of Boomer, a Manhattan-focused, trend-defining, very New York magazine-like magazine. In 2004, Scoop’s father, Bruce Wasserstein, Wendy’s brother, bought New York and became its proprietor.)

Heidi, surprisingly, isn’t Jewish. Scoop is the play’s only Jewish character; his pet name for Heidi is Heideleh, and his wife is from “the best Jewish family in Memphis.” But Heidi is clearly an autobiographical character, or at least one with a strong basis in Wendy Wasserstein’s own life. (Heidi Ettinger, a Tony-winning set designer who was at the Yale School of Drama with Wasserstein, is considered another inspiration.) Which makes her a Jew who isn’t actually Jewish, like George Costanza.

Heidi and Wasserstein went through the same historical events and had the same mixed reactions to the triumphant trajectory of 20th century feminism. Both had professional success but often felt like personal failures. “Having fashioned a life based on anticipated exclusion—my date left with the blond; they gave the prize to the boy; the woman in the Anne Klein suit and the legs god the job,” Wasserstein wrote of winning the Tony (as quoted in a 1997 New Yorker profile), “it came as a genuine surprise, a shock, when, for the first time ever, the winner was me.” At the end of the “The Heidi Chronicles,” Heidi makes a final stab at happiness by adopting a baby on her own. Wasserstein, when she was 49, gave birth, alone, to a daughter.

What you realize at the end of “The Heidi Chronicles” is that Heidi, who thinks herself the failure, is the only one who has kept up the spirit of 1968 and has, in her own way, continued fighting the fight. Scoop is rich and jaded; Peter is occupied with a new, very current cause. And Heidi is a feminist art historian, still pushing for equality.

She’s trying to heal the world.

How Wendy Wasserstein and Heidi Holland Remade the World