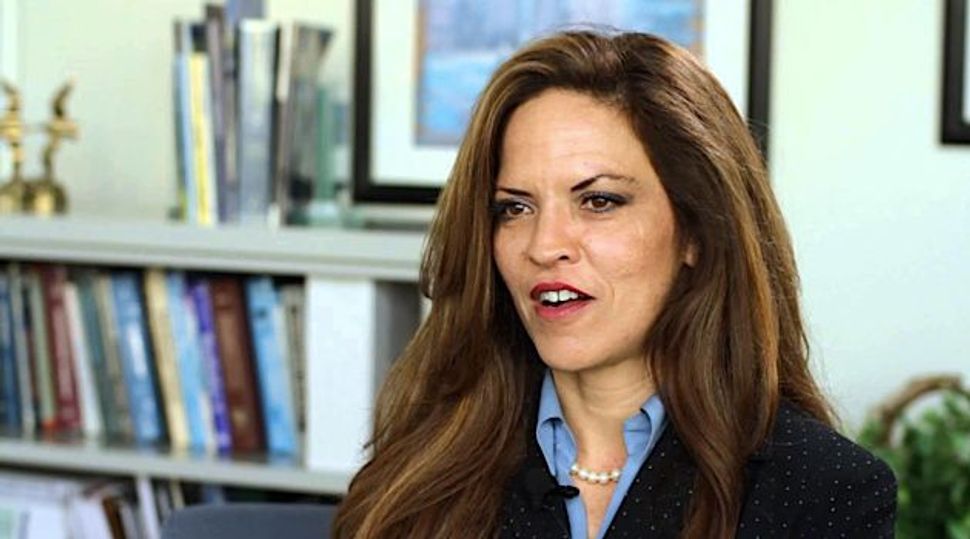 Few people speak the language of government transparency more fluently than Lisette Garcia. When she was growing up as the daughter of Cuban exiles in Miami, she says, the idea of “the government sort of owning all the information” was ever present. She later became a reporter for the Miami Herald, Kansas City Star and the Associated Press before attending law school, clerking at the D.C Court of Appeals and launching the Washington-based FOIA Resource Center, a consulting firm where, as her Twitter bio describes, she acts as a “#FOIA champ for lawmakers, journalists, and nonprofits.”

Last year, on the one-year anniversary of the FRC’s founding, Washington Jewish Week wrote, “If America runs on the free flow of information, then Lisette Garcia is making sure the country has a steady supply.”

The Forward recently caught up with her for a wide-ranging conversation. The following excerpts have been edited and condensed.

On how many records requests she has filed:

I have literally filed thousands of FOIAs.

On why transparency matters:

The legitimacy of government depends on it. A government that tells you what to do is a dictatorship. A government that puts in place the laws and processes that you’ve authorized it to put in place — that’s a democracy. Democracy only operates well under the strictest supervision. And for that supervision to take place, FOIA can provide that opportunity to get the records, to see what’s happening. Does it conform to our principles or values? Does it not? It’s important to have the records. You don’t just take [their] word for it: “Trust me, I’m from the government.” That’s just not good enough.

On the most-overlooked section of the First Amendment:

On the similarity between requesting records and preparing for Passover:

In Judaism, it’s not just a half-hearted search or checking one room. We search and when we clean out the house in preparation for Pesach, we seal off rooms, we seal off cabinets, we put “X”s on cabinets to make sure you don’t go in the wrong place. It’s a thorough, thorough search. And even then you go and symbolically leave a little bit of crumbs to find them and burn them, just to indicate that it’s as complete as it’s going to be. It’s 100 percent. [With] FOIA, it’s not enough to just search some places or whatever was handy. It’s about a thorough search of the agency’s records.

I would be more concerned about what they’re not putting in that vault than what they are putting in. If I really want to hide the ball and I know I’ve exhausted my ability to tell you, “No, no, no, no, no. Government secrets! Government secrets!” then I will just pour a closet-full, a warehouse-full [of material] online and say, “Good luck! Go to it!” Meantime, I didn’t put anything valuable up there. I didn’t put anything meaningful up there. It’s just a distractor.