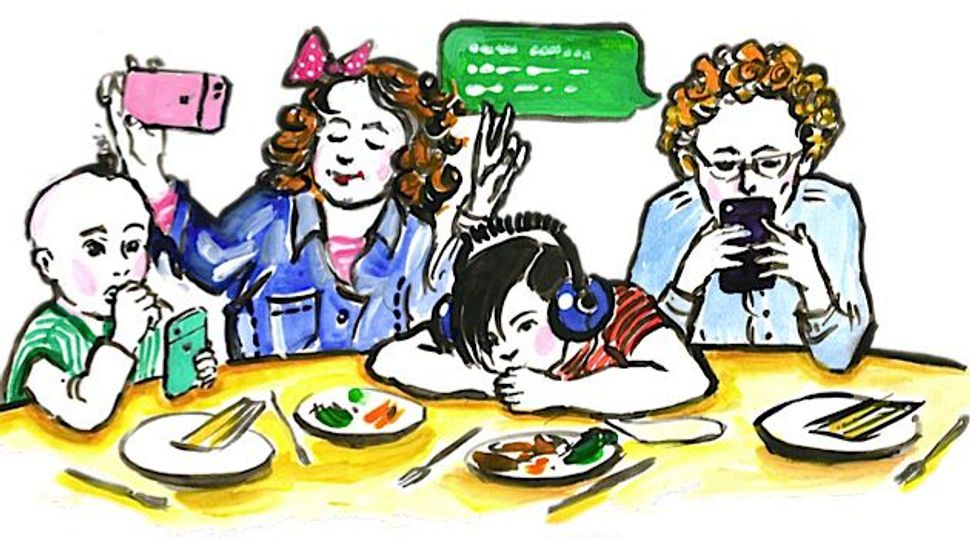 The modern American Seder is as varied as the families who gather to celebrate it. There are more than 1,600 Haggadot to choose from, including a hip-hop version for those who want to rap their Seder tunes, an ecological Haggadah that asks us to consider the trees and a 30-Minute Seder that has you nibbling the gefilte fish sooner rather than later. There’s no single right way to conduct a Seder.

Here’s 10 ways we’ll be adding some fun to our family festivities this year. 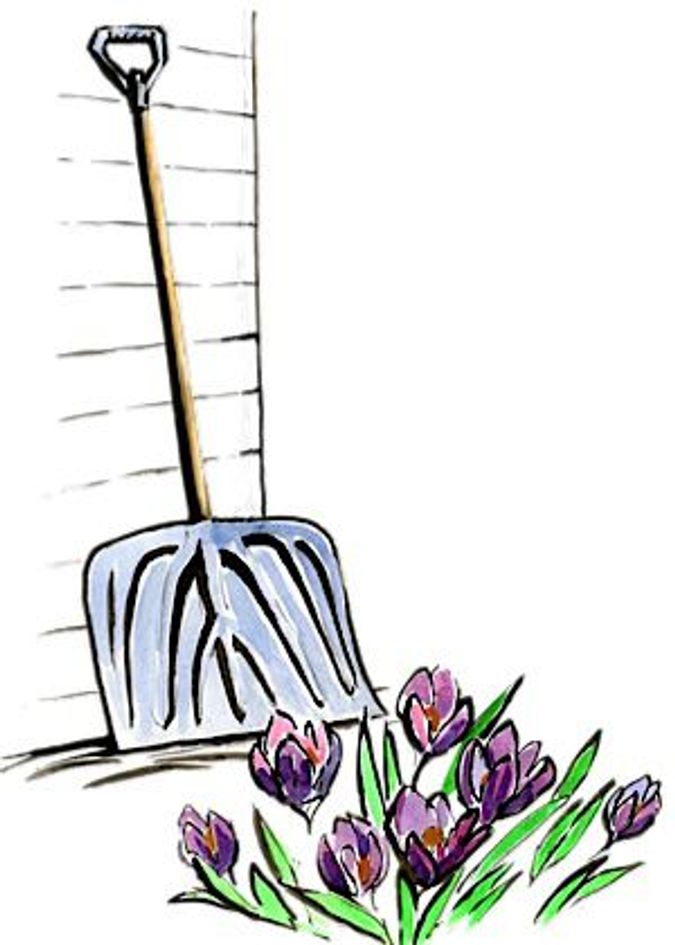 Kiddush
When you say the blessing over the first cup of wine, it’s traditional to recline and lean to the left, as royalty did in ancient times. After all, “now we are free” to sit any way we want, even if we are stuck sitting on a dusty, rickety, folding chair that was schlepped up from the basement. We’ll pass out pillows and tell everyone to relax and lean any way desired. We’re pretty sure that our nephew who goes to Oberlin will lean to the left, while Uncle Murray, who voted for George W., will tilt to the right.

Karpas
We dip parsley, a symbol of spring, in salt water, which represents the tears of the Israelite slaves. We’ve been crying over subzero temperatures this long winter. The Gates of Freedom Haggadah instructs us to ask guests to step outside to look for a sprouting crocus. We’ll also ask them to put the snow shovel back in the garage.

Magid
When it comes to retelling the story of the Israelite Exodus from Egypt, you find out to what kind of Seder you’ve been invited to. If the preschoolers grab costumes and masks, you know the host will be passing the macaroons before 8 p.m. If the person sitting next to you hands you a 10-page script and a bongo drum and says, “Your part is Shifra, the midwife,” it’s going to be a very long night.

Mah Nishtanah
“Why is this night different from all other nights?” Because we have a few more questions:

1) Who told Uncle Murray he could bring his new lady friend?

3) Will anybody eat the Sephardic charoset, with dates and figs?

4) Why do we gain weight on Passover when the food is so bad?

The Four Sons
Traditional Haggadot include the story of the four children: wise, wicked, simple and the one who does not know how to ask a question. We have always disliked this name-calling. Experts warn us not to label our kids; and how dare anyone call one of the kids simple?! He just has learning differences when it comes to math. Last year, when we looked around the table we saw one child Googling to find out what animal a shank bone comes from. Another was texting that the matzo balls are sinkers. The youngest was posting selfies on Instagram, and Joshie wasn’t asking any questions — he had his headphones on. Maybe there’s something to this old rabbinical parable after all. 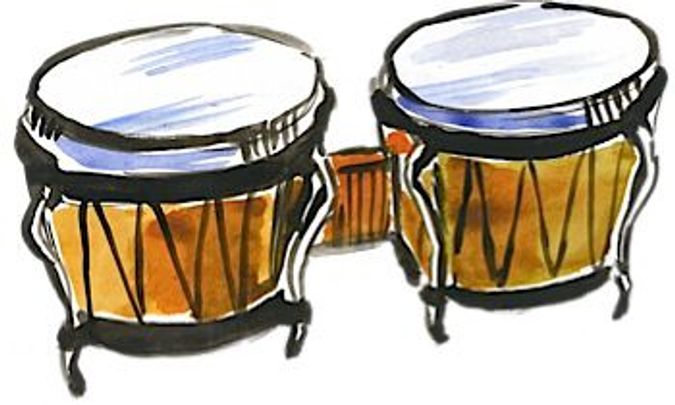 The Seder Plate
We’ve been known to move Hanukkah to a more convenient date during winter break, and we know people who move things around on the Seder plate. Vegans say to replace the roasted egg, the beitzah, with a small white eggplant, or substitute a nice piece of tempeh for the shank bone, the zeroa. We once substituted a random chicken bone when the supermarket ran out of lamb bones.

Although charoset is a ritual food, there’s no official recipe. Ashkenazi Jews use sweet wine, apples and nuts; Sephardic Jews dip their fingers into the charoset and make a wine-soaked handprint under their mezuza, marking the doorway so that the Angel of Death will “pass over.” We prefer the less messy Sephardic custom of putting dried apricots and dates in the recipe. When it comes time to taste the bitter herbs, called maror, authors Rabbi Alan and Jo Kay suggest in “Make Your Own Passover Seder” to ask guests to share a bitter moment, like the end of a relationship, or the loss of a job. This sounds like an idea from the Buzz-Kill Haggadah.

The sixth spot on the Seder plate is for chazeret, a second bitter vegetable. We don’t need more bitter. Instead, we’ll fill this spot with a bridge toll receipt, symbolic of the many rivers our family and friends drove across to get to the Seder.

Matzo
Everyone looks forward to that first bite, but it gets old quick — long before the other four and half boxes in the family pack get eaten. The kids look forward to the afikomen — and we hide multiple pieces of matzo so that no child is a loser when the prizes are given out. This year we will be downloading the Find My Afikomen app so that an undiscovered piece of matzo doesn’t get left in the piano bench for eight months. 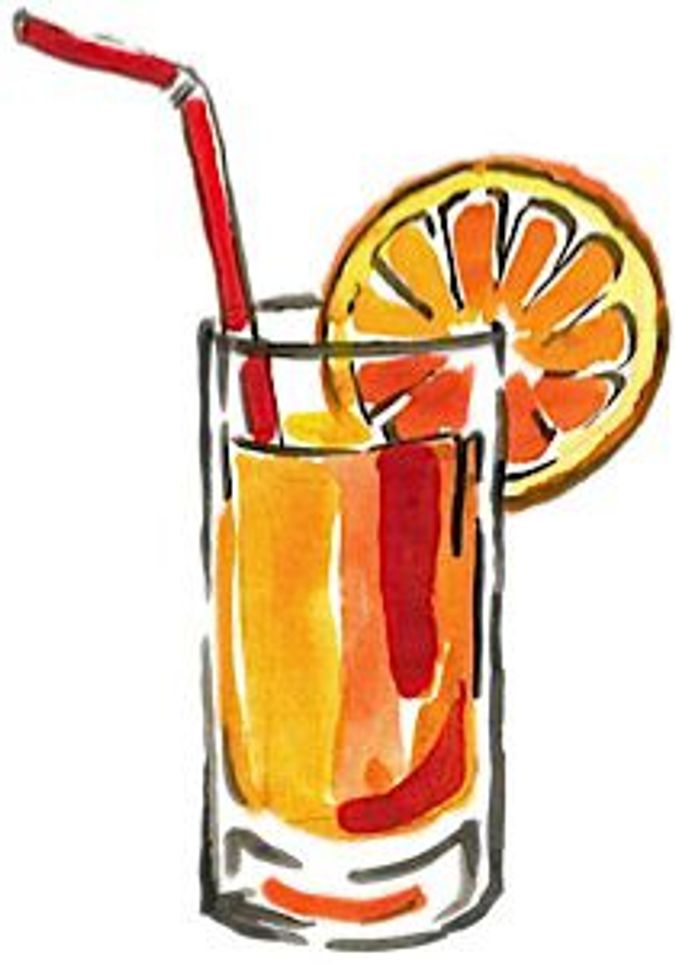 Elijah’s Cup
We’ve always invited Elijah to our Seder. In recent years, we’ve extended an invitation to Miriam, Moses’ sister, too, filling a Miriam’s Cup with spring water to represent the healing waters of her well and the contributions of women to the Passover story. This year we will add a Bubbe’s Cup filled with fresh-squeezed Florida orange juice as a symbol of the grandmother’s return from the promised land of Florida in time to attend the family Seder.

Singing Songs
We won’t pick on the cat, the dog and the little goat of Had Gadya, because we know too many people who love this nightmare-inducing nursery rhyme. Likewise, “Echad Mi Yodea” is beloved, no matter how long it takes to sing all the verses. In fact, this year we will add a few: “Who knows 14? I know 14. Fourteen are the cold leftover matzo balls. Who knows 15? I know 15. Fifteen are the trips we make to the kitchen, clearing the table and loading the dishwasher.”

Concluding the Article
We end the Seder with “Le shanah ha b’ah b’Yerushalim (Next year in Jerusalem).” We consider this to be a travel suggestion. We would love to do a destination Seder next year. While Israel would be great, we’ve been tempted by glossy advertisements for glatt kosher, all-inclusive, weeklong Passover vacations. The kids would surely join us if we celebrate beachside. “Le shanah ha b’ah b’Puerto Rico.”

Joyce Eisenberg and Ellen Scolnic are the authors of the “Dictionary of Jewish Words” (JPS, 2006). Visit TheWordMavens.com and follow them on Twitter @TheWordMavens