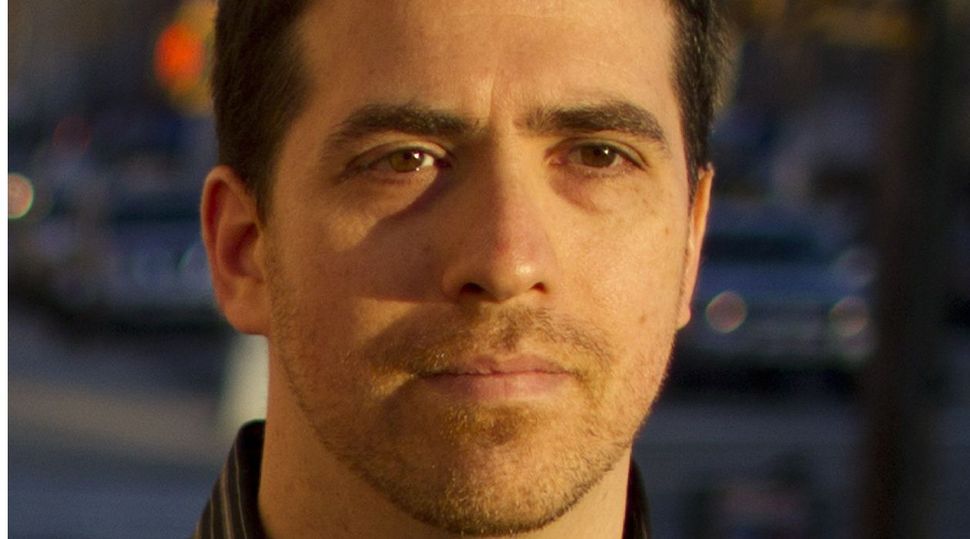 All Who Go Do Not Return
By Shulem Deen
Graywolf Press, 288 pages, $16

Family and God are the essences of a Hasid’s life. From cradle to death, one is taught to love, fear and obey God, and to cherish and respect family and all the customs, traditions and quirks that are the hallmarks of a Hasid’s life. To lose one — family or faith — is to lose a limb; to lose both is to lose all limbs, to be left immobile and desultory. In “All Who Go Do Not Return,” the new, raw memoir by Shulem Deen, the author describes, in harrowing detail, how he lost all his limbs: his deep, unwavering faith in Hashem, and the custody of his own children.

Like every ex-frum narrative, Deen’s features some of the usual tropes: the initial questioning of the faith, the experience of disillusionment, discovery of enlightenment, and attempts to find one’s way in an entirely unfamiliar secular world. But unlike most others in this quasi-genre, “All Who Go Do Not Return” is not a triumphant tale, and its protagonist does not come out the other end as a hero. Instead, Deen’s is an unflinchingly honest book — a work of remarkable introspection, punctuated with a healthy dose of Jewish self-deprecation.

Deen grew up in Brooklyn’s Boro Park, the largest ultra-Orthodox community in America, to parents who were baalei teshuva, returnees to the faith. Raised by a father with humanistic leanings, whose excessive devotion to God and mankind, and neglect of his physical needs, eventually put him on his deathbed, and a crunchy-granola, non-conformist mother — Deen never quite fit into the Hasidic community. His father was not a Hasid of any particular living rabbi, yet he believed, quite fervently, in the mystical teachings of the late Hasidic greats. As a young boy, Deen felt like an outsider in his own cheder, the Hasidic all-boys school he attended, thanks, in part, to his father’s indifference to Hasidic convention. Of his own volition, Deen joined the Skverers, Hasidim of the Skver sect, whose epicenter is in New Square, New York — a small, insular and entirely isolated enclave in upstate New York — and whose rebbe, the supreme leader, rules with an iron fist. Deen felt that the rigidity of New Square was precisely what he needed to find a sense of order in his life.

At 18, Deen was married off to a pious girl from the community, despite his initial hesitation when the match was offered up, and despite his qualms about the girl’s family. The Skverer Rebbe gave his blessing for the match, and Deen felt he had no choice but to marry Gitty Goldstein, a girl he met only once for a few short minutes before agreeing to marry her.

In the tragicomic scenes following the wedding, Deen and his wife make multiple attempts to consummate the marriage. “In hindsight,” he writes, “it was a bit like assembling a piece of furniture.”

Life in New Square is extraordinary in so many ways that readers unfamiliar with Hasidic fundamentalism may find it all cockamamie. I myself grew up Hasidic, albeit in a different but equally-restrictive town, and I can assure you that the details of life in Deen’s account — from the modesty police tasked with keeping the village holy, to the sexual cluelessness of brides and grooms, down to the awkwardness of the first few months of living with a person of the opposite sex in an arranged marriage — are accurate. Although the private details Deen includes, such as those pertaining to his personal transformation, his relationship with his wife, and the events that lead to the alienation of his children, are unverifiable, as a memoir skeptic might point out, I am, nevertheless, convinced of the overall truthfulness of Deen’s memoir, given his sympathetic depiction of the characters who eventually betray him — notably, his ex-wife.

From the wedding until their first child is born, the marriage is a pragmatic one. In the Hasidic world, love and affection between prospective spouses is not a consideration when a shidduch is sealed. But when the couple’s first child is born, in an unforgettable and poignant scene, something changes. As they chat about breastfeeding and other baby-related issues, the initial awkwardness dissipates and a calmness descends upon them.

“We had created love,” Deen writes.

Before long, there are two, then three, then four, and finally five little bundles. At first, Deen writes, raising and providing for a family seemed doable. One had to start the process, and the “system,” “the birth-to-death cocoon of institutions and support networks available for every Hasidic person,” would surely take care of the rest. But as it turns out, it doesn’t. Because of his dismal Hasidic secular education, Deen is unable to find a decent-paying job that will cover the electric bills and feed the mouths of his growing brood. He initially tries his hand at teaching young boys in the New Square cheder, where he has flashbacks to his own childhood days sitting hunched over a sefer and being at the mercy of the rebbe’s rod. The job’s meager pay comes in vouchers that are only redeemable in certain stores within the community, which proves to be highly inconvenient and insufficient. Deen then embarks on an entrepreneurial venture with a friend, selling packaged dried fruits and nuts to convenience stores, which carries the family through another year or so.

After going through a half-dozen jobs and being consumed by thoughts of how to support his family, Deen writes that he feels like a child and as though he and his wife are “playacting” parenthood. Except, while his wife seemingly coasts through motherhood like a pro, Deen feels like a failure. “I, on the other hand, went from job to job wondering about all those years I was taught the importance of Torah study and never a word about how to earn a paycheck.”

The narrative arc is simple: Deen goes from faithful to faithless, from devoted husband and father to single and grieving for the loss of five — five! — kids. But to me, the book is about more than that: It is an indictment of an unsustainable living model, a system that churns out thousands of shockingly uneducated youths who are then expected to birth as many children as God wills them to with no practical tools whatsoever that would enable them to provide for their families.

The insurmountable financial problems that Deen faces when he leaves his Torah studies to make a living plant the first seeds of doubt in his mind; he begins to wonder if, perhaps, the “system” is flawed. Before he even entertains the idea of leaving the community and its steadfast religious beliefs — way before he discovers talk radio, secular newspapers (the Forward, in particular) and later the Internet — Deen finds himself questioning the basic tenets of New Square, and its unsustainable way of life. The seeds eventually grow roots: first with radio, as Deen covertly plays around with the radio dial on his kitchen stereo late at night (he promised his wife to superglue the AM/FM switch to the tape-playing position, as all pious stereo owners do), and then later with the newspapers, and finally, with a computer purchase that opens a door to infinite information beyond the confines of New Square.

These gradual, seemingly insignificant changes cause a great deal of strife at home. What starts as the typical bickering of married couples becomes a full-blown conflict over Deen’s minor religious transgressions, which culminates in the final blow: divorce. At first, to both Deen and his wife’s credit, compromise seems possible: When the New Square bezdin, the rabbinical court, expels Deen from the village for being an apikorus, a nonbeliever — a rumor whose veracity the rabbis of the court are not entirely sure of — the couple moves the family to Monsey, a large and diverse Orthodox community outside of New Square. But that move proves difficult for Gitty and the children, who were born and raised with the insular ways of Skver. While Deen continues to grow disillusioned with Hasidism and religion in general, his wife becomes resentful. The two eventually agree to part ways, amicably, for the children’s sake. Gitty moves back to New Square with their five children, a portentous move that ultimately leads to the children becoming alienated from Deen.

Losing one’s faith can be an excruciatingly painful and lonely experience. Deen likens it to discovering that your entire mathematical system is flawed, “that every calculation you’ve ever made is incorrect.” But losing his children’s hearts to the cunning of the Hasidic community he once belonged to, and his ex-wife’s deliberate attempts to alienate the children from their heretical father when she believes he will corrupt them, causes Deen’s ultimate unraveling.

“I lost my children’s hearts, and with them, very nearly, my sanity,” he writes.

Depressed, suicidal and angry, Deen blames himself, and only partly his ex-wife, who, throughout the book, is portrayed as a sympathetic character. At particularly tough moments in his transition, Deen longs for the return of his faith and his family — the simple, destined life — a sentiment not unfamiliar to those who leave Hasidism.

In the last scene, Deen is invited to attend a non-Orthodox Shabbat service and sheds tears over the open pages of the prayer book, “for the loss of my faith… for my detachment from all those things I once held dear.”

“All Who Go Do Not Return” is a riveting memoir, but leaves one wondering about the author’s relationship with his parents, especially with his living mother. Both parents are wildly fascinating characters, and Deen gives readers only a brief glimpse of them.

But that shouldn’t keep you from reading the book. It will open your eyes to a world that, for better or worse, is not accessible to non-members — a world so isolated, so simple, yet nearly impossible for deviants to survive in, a world that nurtured Deen, and eventually hung him out to dry.

Frimet Goldberger is a frequent contributor to the Forward.