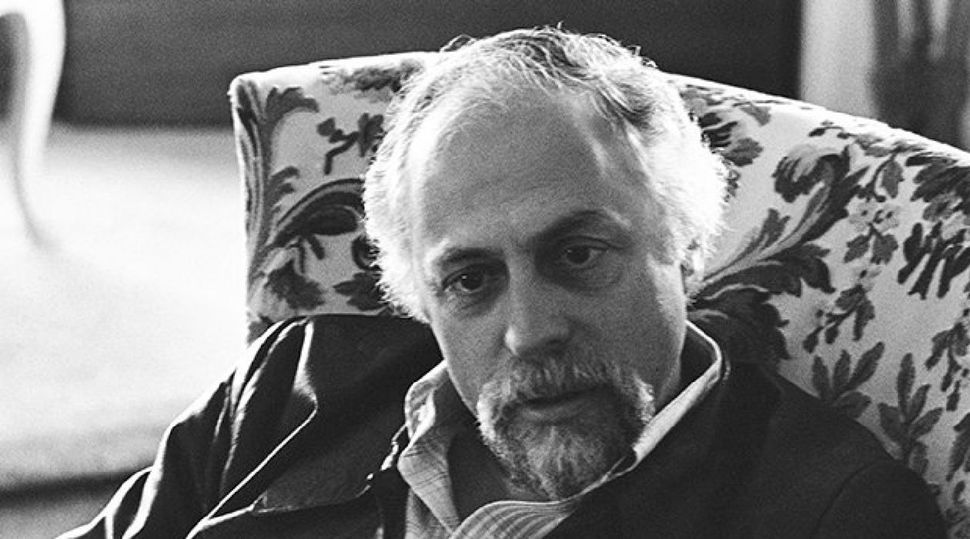 Saks and the Cinema: Director Gene Saks has died at the age of 93. Image by Getty Images

Gene Saks, who died on March 28 at age 93, has understandably been chiefly identified for having helmed such Neil Simon hits as “Brighton Beach Memoirs,”; “Prisoner of Second Avenue”; “Last of the Red Hot Lovers”; and the screen versions of “The Odd Couple” and “Barefoot in the Park,”, among others.

Yet Saks was more than just an acclaimed interpreter of Simon’s wit. Throughout a long and diverse career, Saks expressed a lifelong comedic angst, as described in a text he contributed to Alan King’s “Matzo Balls for Breakfast and Other Memories of Growing Up Jewish”:

“If you are a Rothschild, a Rosenwald, a Gimbel, or even a Waldbaum, growing up Jewish can be a rich experience. For the rest of us, it could be just so-so. Sholem Aleichem wrote ‘It’s Hard to Be a Jew’ (I imagine he had his payess pulled more than a few times), so it’s natural that many of us play down our origin and do our best to integrate. Some of us shorten our names or our noses or both…We Jews can be extremely neurotic and are inclined to become easily depressed. Most Jews seldom say ‘Have a nice day’ or even have one. To be honest, I’ve never heard a Jew say that. We’re just not that optimistic. Life is neither a bed of roses nor a bowl of cherries. The best we can ever hope for is a dairy restaurant.”

Saks did rather better than settling for a mere milkhik existence; born in Manhattan and raised in Hackensack, New Jersey, Saks studied in New York with Erwin Piscator, the anti-Nazi master of epic theatre. His fellow students included Eli Wallach, Walter Matthau, Judith Malina, and Beatrice Arthur (born Bernice Frankel), to whom Saks would be married for almost thirty years. Guiding the greatly gifted, hypersensitive and sometimes difficult Arthur through long years of her career was not the least of Saks’ achievements. Typed early on as a thinker, Saks was still in his twenties when he was cast in the role of the Professor, a studious-looking sailor, in the original Broadway production of “South Pacific.” A decade later, in Paddy Chayevsky’s play “The Tenth Man,” (1959) Saks played a rabbi attempting to rid a young woman of a dybbuk.

In Herb Gardner’s 1962 play “A Thousand Clowns” (and subsequent film) he had the ungratifying role of Leo “Chuckles the Chipmunk” Herman, a painfully unfunny TV host trying to lure back a writer, played by Jason Robards, into his employ. This example of the agonies of professional comedians who fail at their trade evokes the risks of trying to be funny.

Saks’ first Broadway directorial assignment was “Enter Laughing,” (1963) Joseph Stein’s adaptation of a semi-autobiographical novel by Carl Reiner,, also filmed. With a stage cast including Alan Arkin and Sylvia Sidney, Saks again revealed inside knowledge of the potential humiliations of show business. In 1969 he directed the film version of the stage comedy “Cactus Flower,” guiding Goldie Hawn to an Oscar-winning performance in her screen debut.

Apart from the much-discussed and long-running Neil Simon plays, Saks also directed “Rags” (1986) an ill-fated musical by Charles Strouse, Stephen Schwartz, and Joseph Stein about Rebecca Hershkowitz, a young immigrant mother who flees as East European pogrom and lands in a Lower East Side sweatshop in 1910; there she falls in love with Saul, a labor organizer working to unionize her place of employment. The dangers America presented to new immigrants were part of the recurrent themes of risk and peril in Saks’ comic philosophy.

This attitude doubtless helped him survive a noisy episode in 1993 when he was fired from an out-of-town tryout of one of Simon’s musicals, ending their professional entente. There had been squabbling about many elements, including the scenery, which Saks told “The New York Times” was meant to represent a romantic Manhattan cityscape but instead “looked like a Reform temple.” Saks also alluded to having been “double-crossed” in the past by Simon, who had offered, and then withdrew, directing jobs for his plays “Chapter Two” and “Laughter on the 23d Floor.” In 1996 Saks was again fired from a planned revival of “A Thousand Clowns” starring Robert Klein.

Despite such unhappy incidents and the short run of “Rags,” Saks’ reputation as a thinker in comedy was such that he was cast in the screen comedy “I.Q.” (1994) as Boris Podolsky (1896–1966) a Russian Jewish physicist who worked with Albert Einstein despite a lack of physical resemblance. In a pensive, underplayed performance, Saks contrasted notably with the trademark scenery chewing of Walter Matthau as Einstein.

The last play Saks directed on Broadway, Christopher Plummer in “Barrymore” (1997) was widely praised. The cartoonist Al Hirschfeld, who had attended 1920s performances by John Barrymore in his heyday, announced that Plummer as presented in the new stage vehicle was better than the original. That same year Saks appeared in Woody Allen’s “Deconstructing Harry (1997),” as the title character’s father in Hell. Saks explained in the film: “I’m a Jew. I don’t believe in Heaven.” Asked where he wishes to spend the afterlife, he replies: “A Chinese restaurant.”

Saks is likelier in some sort of comedy director’s Shamayim, well-earned for his long list of Broadway hits. The milieu might be akin to Saks’ social life in East Hampton, where he hobnobbed with friends such as Sidney Lumet, the artist Saul Steinberg, and playwright and screenwriter Peter Stone (whose family name was originally Strumwasser). There was so much Yiddishkeit in Saks’ Hamptons ambiance that Lumet’s widow Piedy recalled in a memoir of the editor George Plimpton, “George, Being George” that Plimpton once claimed to be discomfited by the fact that as a WASP, he was in the minority.