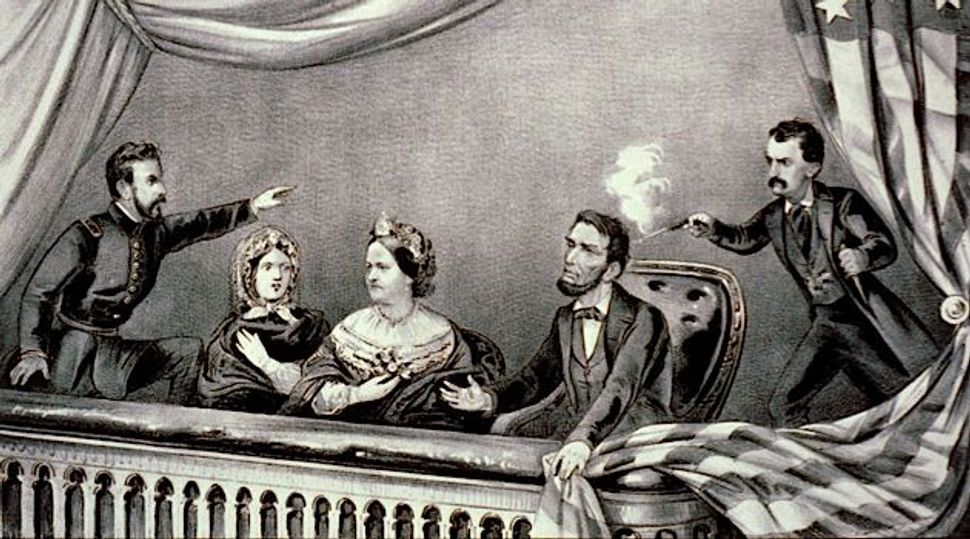 In one of the most surprising sections of their new book, “Lincoln and the Jews,” historians Jonathan D. Sarna and Benjamin Shapell discuss the possibility that the president’s assassin belonged to a family of Spanish Jewish ancestry.

Asia Booth Clarke, the sister of acclaimed actor John Wilkes Booth who shot Lincoln, stated in her 1882 memoir that their father, Junius Brutus Booth, attended synagogues along with other houses of worship: “In the synagogue, he was known as a Jew, because he conversed with rabbis and learned doctors, and joined their worship in the Hebraic tongue. He read the Talmud, also, and strictly adhered to many of its laws.”

Asia Booth Clarke is not the only source for this; her other brother Edwin Booth, also an actor, reportedly told Rabbi Isaac Mayer Wise that his father was Jewish.

It’s not at all clear how accurate the Booths’ statements are, but it’s certainly interesting that Junius Brutus Booth wanted it to be thought that he descended from Jews, and that two of his children believed him.

There is no indication that John Wilkes Booth ever identified as a Jew, or was seen in a synagogue.

In one of the many odd coincidences involving the Booths and the Lincolns (Edwin Booth had saved the life of the president’s son, Robert Todd Lincoln, before the assassination, by preventing him from a fatal fall onto some railway tracks), Abraham and Mary Todd Lincoln saw Edwin Booth portray Shylock in an 1864 production of “The Merchant of Venice.”