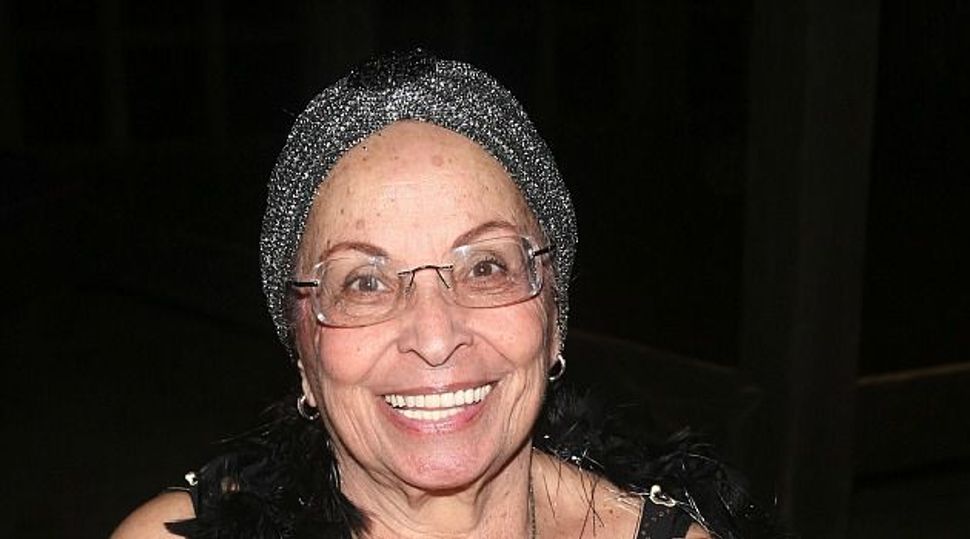 When not art shopping wearing a sign — “Because they don’t put out the good stuff,” she explained — Wilzig was active in Jewish organizations such as the Federation and Hadassah. A generous benefactor, she was a founder of Hadassah Hospital and for her 75th birthday, she donated a restored European Torah to Chabad in South Beach in memory of her late husband. Upon accepting the donation, Rabbi Shraga Mann described Wilzig as “very pious with a history of philanthropy before she got into that.”

I met Wilzig when she conducted private tours of the museum. At the time of her death, she and I were arranging for my Hadassah chapter to visit the museum next month. She was especially pleased to be hosting a group of fellow Hadassah members, and was delighted when I told her that I would write about the tour for the Forward..“It’s about time,” she said.

Others have described Wilzig as elegant, stately, demure, and quick to laugh. What I remember most was her ability to take the taboo out of the topic of sex. In planning our forthcoming tour, I asked if photos could be taken. “Sure,” she said, “Just don’t show any genital penetration. Now, will this be a fund raiser? Because we charge less if it is.” I marveled at her ability to switch effortlessly from intercourse to admission fees using the same tone of voice. “Don’t be embarrassed to be here,” was her opening line when she met group tours. “Sex is how everyone got here. It’s nothing to be embarrassed about.” During the tours her relaxed demeanor made visitors feel like a beloved aunt was showing off her favorite tszoktas rather than like they were peeping at porn.

Before becoming a purchaser of the prurient, Wilzig had been living the staid life of a banker’s wife. The daughter of the “King of the Meadowlands” H. Jerome Sisselman, Wilzig was raised in a New Jersey Sabbath-observant, kosher-keeping, mikvah-going home with five siblings. She told the Miami Herald that her Orthodox Jewish upbringing was “a throttling environment where so many things were said ‘no’ to.”

The museum’s first anniversary featured a party with 1950s cheesecake model Bunny Yeager, described by the Herald as “Bringing the Sexy Back to Miami.” By the third year they were spotlighting the world of drag queens. Wilzig was especially proud of the academic bent the organization took in recent years. In 2008, the museum hosted author appearances to discuss “Sensuality in Romance Novels,” and offered a special exhibit, “Gay Art: From Ancient to Modern.” Human sexuality professors routinely bring their college students and sex therapists to view the collection as part of their professional training.

Wilzig is survived by her children Ivan Wilzig (who started all this), Alan Wilzig, and Sherry Izak.

Nancy Kalikow Maxwell is a freelance writer living in South Florida. She can be reached at [email protected]